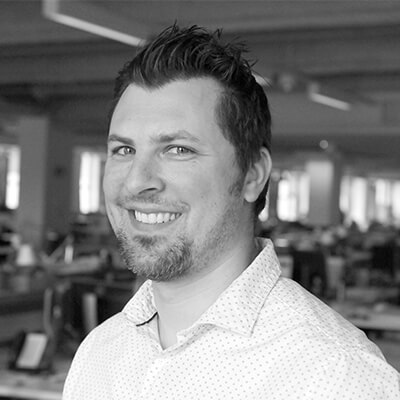 Longstanding, repeat clients are a hallmark of Payette’s practice, a testament to our ability to build and maintain relationships over many years. Northeastern University, Boston Children’s Hospital, Tulane University and Penn State Hershey Medical Center are examples of clients who we have worked with over the course of many years and across multiple projects.

Northeastern’s EXP is a 350,000 SF research facility that will complete a 10-year vision and includes wet and dry teaching labs, robotics labs, the President’s offices and a large roof terrace. Part of the evolution was a material palate that originally mimicked the Interdisciplinary Science and Engineering Complex (ISEC), where the buildings were siblings or extensions of one another through the use of vertical anodized aluminum fins, but that has since changed. While the final design of the EXP stands on its own, there are moments in the curving façade, horizontal stainless-steel fins and extensions of plazas that connect the project to ISEC and PedX and maintains the idea of a campus gateway. 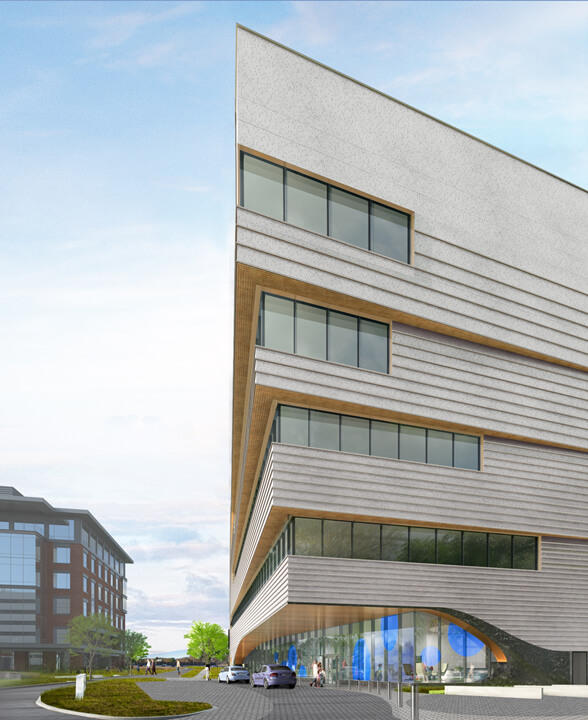 The depth of our relationship with Boston Children’s Hospital spans over twenty years, with projects ranging from small renovations to new buildings, including a new ambulatory care building on a satellite campus. The new building will include a variety of programs, making care more accessible to patients and their families due to its location outside of the city. The team explored a light brick with gradient effect achieved through projecting bricks up the façade. The use of wood soffits at the exterior windows brings a sense of warmth when looking outward from the building, and an organically shaped entrance that draws the landscape features into the main entry is still being explored.

At Tulane University, we completed a master plan for their downtown NOLA campus, followed by the programming for historic Charity Hospital. In this phase, we developed the idea to move the School of Public and Tropical Health from the Tidewater Building across town into Charity Building. As beautiful and impactful on design as the ISEC or EXPs fins are, often bold planning ideas can make just as big of a statement on a project, and the team was extremely proud that the client embraced our vision for this university and broader community.

Abandoned since Hurricane Katrina, the Charity Hospital redevelopment will include vibrant program elements such as a high school, restaurants, and housing, and reaches beyond the original intent of the master plan. 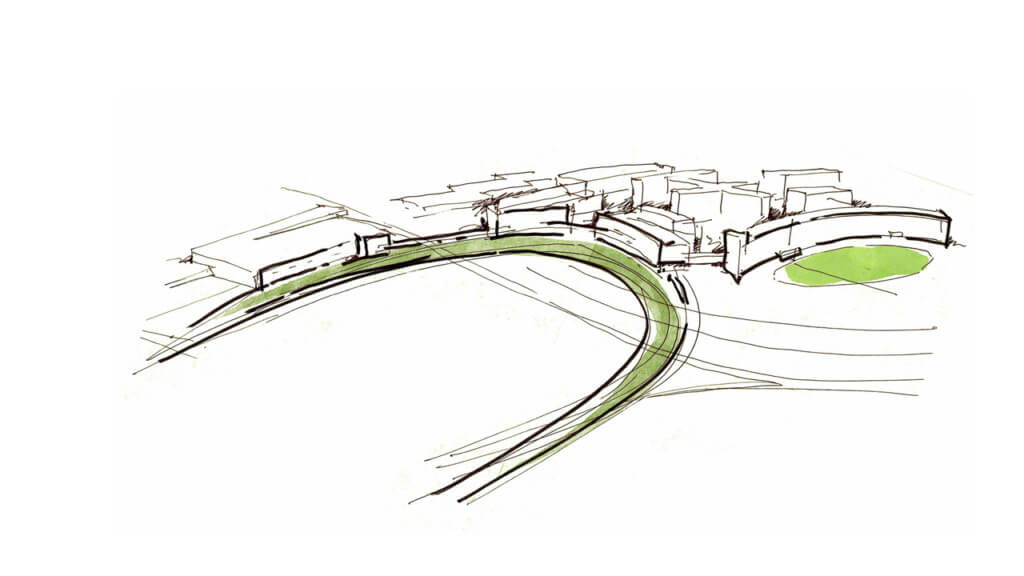 Payette’s employees have collectively worked 55-years’ worth of hours on the Penn State Health Hershey Medical project since 2004 – most recently on the Children’s Hospital Vertical Expansion project that was completed in early 2020. This caps off (literally) the largest expansion since the hospital’s formation in the 1960s.

The original master plan shows the expressive landscape arc, tying each building together from both a visual, circulation and infrastructure perspective, reinforcing the concept of healing through nature. There is no front door on the 5-story expansion to the Children’s Hospital, but rather seamlessly integrates with the existing structure.

Design Week Series #2: Designing Buildings as an Extension of Their Surroundings