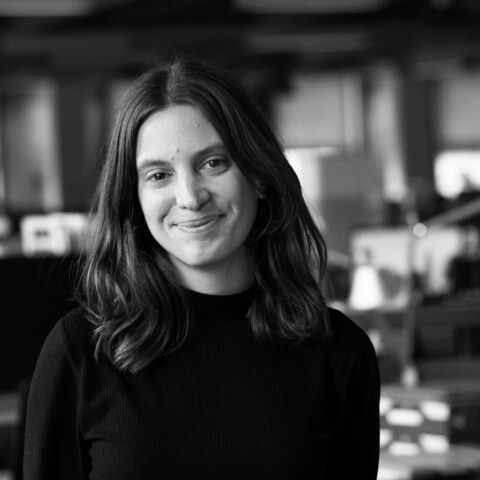 This series of projects is all about surgical moves in architecture. Each project has gone through a slice, bypass, incision, transplant, extraction and reconstructive surgery or procedure, and have done so in a very conscious and decisive manner. They have all faced the different challenges presented by either program, site, cost, client and code and have been able to tackle them with great precision. This approach led to efficient, effective and strategic design that applies to all scales and scopes. 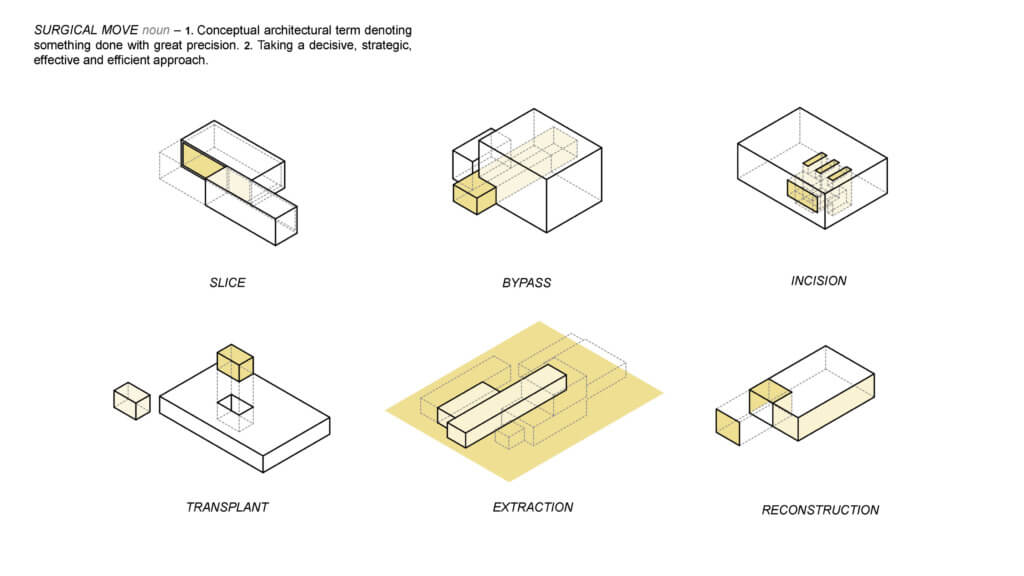 Slice
Penn State College of Engineering West 2 is a scheme that slices an opaque volume to expose the building elements with a swift, straight cut. This gesture is further expressed in the clean edge and frame detail of the timber curtainwall, which is designed to be a high performing and energy efficient façade. The Cross Laminated Timber (CLT) and engineering of the structure remains visible, and labs being on display are key concepts to this project, making the building itself a teaching tool. The splice creates a synergy between exterior and interior that transforms this campus’ quad.

Bypass
The 105 by Breakthrough inherited a zoning agreement with the City of Boston to incorporate a public way that would bypass the city block. The team refined this idea in the design with a clear, single volume expression, working the changing grades through a series of stairs and slopes that seamlessly take pedestrians across the ground level of the building. This bypass spills into other public spaces at this level than can be used by anyone in the community. Currently under construction, this bypass is beginning to take shape and reveal its scale. The way the canopy and roof fold and bracket the pass through successfully resolves the connection without abutting or turning its back to its direct neighbors.

Incision
Purdue’s Schelman Hall is driven by maximizing the space of an existing building. The client wanted to renovate an existing building to establish their new research program. The team’s strategy has been to make a series of individual incisions to the existing structure to connect and open up the plan while bringing in more natural light. These incisions include inserting skylights, adding communicating stairs, creating a larger window opening in the façade and replacing opaque panels with windows. The combination of these individual moves–rather than focusing on and budgeting for only one move–completely transforms the building’s section leading to a more effective transformation.

Transplant
A transplant is a very meticulous procedure. At the Dana Farber Cancer Institute in Boston, the team was commissioned to remove existing offices and a reading room to implant a new Theranostics suite. There were no checklists or guidelines to follow for this new, specific program, requiring the client and team to work closely together to make the project a success.

Theranostics is a radioactive therapy that attacks specific cancer cells rather than good and bad cells alike and after looking at multiple iterations, the team is moving along in the approval process to integrate three infusion therapy rooms. If approved it is believed to be the first of its kind in the Commonwealth.

Extraction
While this next surgical move may seem simple and straightforward, it is one of the more complex challenges to resolve. A new master plan project for a confidential new research and science development in Boston. The client and community want to extract some existing buildings that are currently overwhelming the site in order make another existing structure the new heart and epicenter of this Hub. The removal of these buildings opened up urban opportunities, such as restoring the waterfront, adding pedestrian access and new functional and flexible workspaces. However, this site also comes with a great deal of zoning restrictions and masterplan constraints. 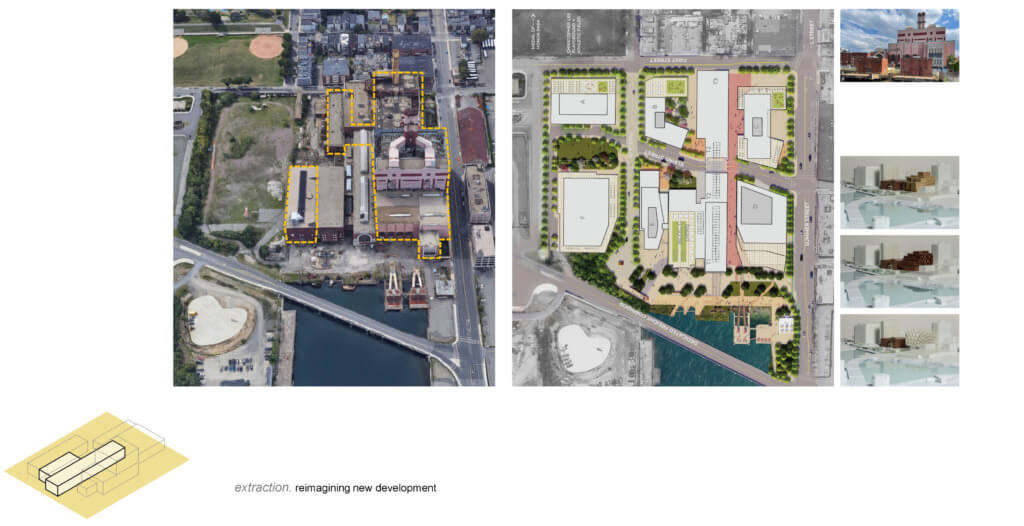 Reconstruction
The final procedure, reconstruction, can be seen at Tulane University. The University has received a brand-new MRI which needs to be incorporated into their research campus The client and team have determined the best location for the new MRI is the ground floor of their existing research building. The main façade of the existing building needs to be taken out in order to bring the MRI through. The team studied multiple ideas for the new portion of the wall, and in the end the client decided to replace the curtain wall in kind, a contrasting approach to such an impactful procedure.