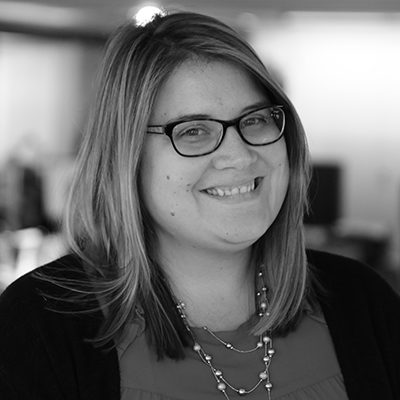 As a firm we reject the notion of single-authorship. When we moved in to our space on 290 Congress Street, we designed our office to promote and foster collaboration and cross-studio dialogue. To achieve this, we designed our single floor studio to hug the perimeter windows, while conference rooms and support spaces occupy the building core.

After two years of occupancy, we realized our collaboration zone, affectionately dubbed the Lido Deck, did not yet serve its intended purpose – for presentations, breakout meeting spaces, informal weekly Friday events. The initial design lacked a variety of comfortable/informal furniture options and the absence of ambiance and privacy left the space underutilized and less desirable. With the space having a prime real estate location overlooking the Four Point Channel, we needed to fix this. In 2013, we entered and won the Allsteel & Union Office’s ‘Fall in Love’ Contest to create a space that evoked an inviting living room with a variety of flexible furniture pieces from Allsteel’s ‘Gather’ collection to encourage team collaboration and offer a sense of privacy from the open studio. 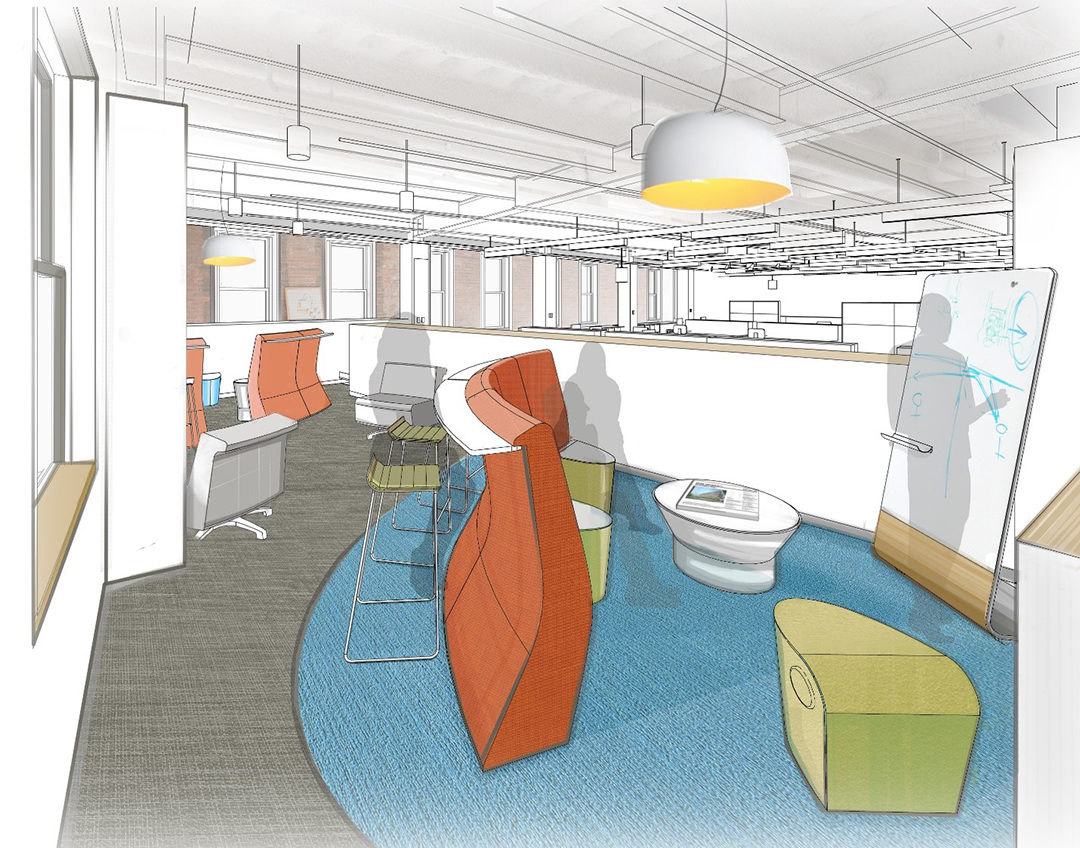 While this achieved the desired results for the Lido Deck in 2013, we’ve decided the time has come to re-imagine the Lido Deck once again. We developed  a friendly design competition. Taking place in three phases, teams consisting of 2-4 people from the firm were charged with developing a design that maintains and enhances the current functions while expanding on its potential and, the project needs to utilize our in-house fabrications tools.

Nine different teams threw their hats in the ring and presented their schemes in front of the firm and our panel of judges. It was impressive to see the creative and innovative design schemes developed by teams ranging from Senior Associates to interns. Even folks from our operations group joined in!

All the schemes envisioned an inviting space that fosters collaboration and interaction, but the approaches ranged from modest interventions to expanding the Lido Deck to create a more usable and active space. 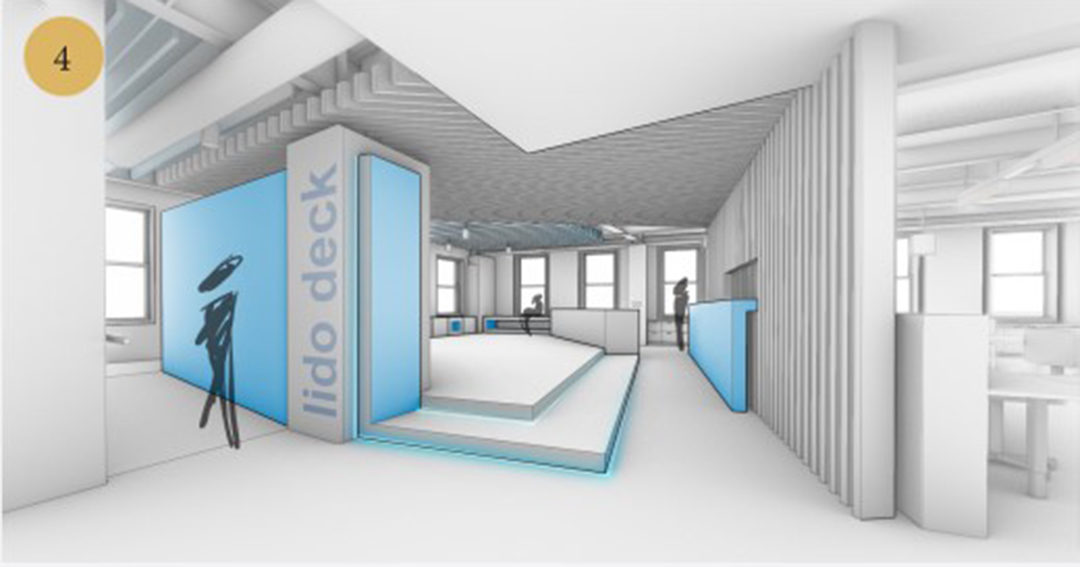 By removing the existing four workstations closest to the current Lido Deck, the space will create a more usable and active space with variety of seating options for leisure, work and learning

Multiple schemes featured modular seating components to give flexibility to the space. One particular team envisioned seating that can be stored into built-in benches and bar space. The seating can be designed as single and double units that act as tables and benches. Their inspiration was driven by the office’s fun spirit and pre-existing aesthetic. The new furniture will enhance the experience creating a space of respite and relaxation that encourages employee bonding. 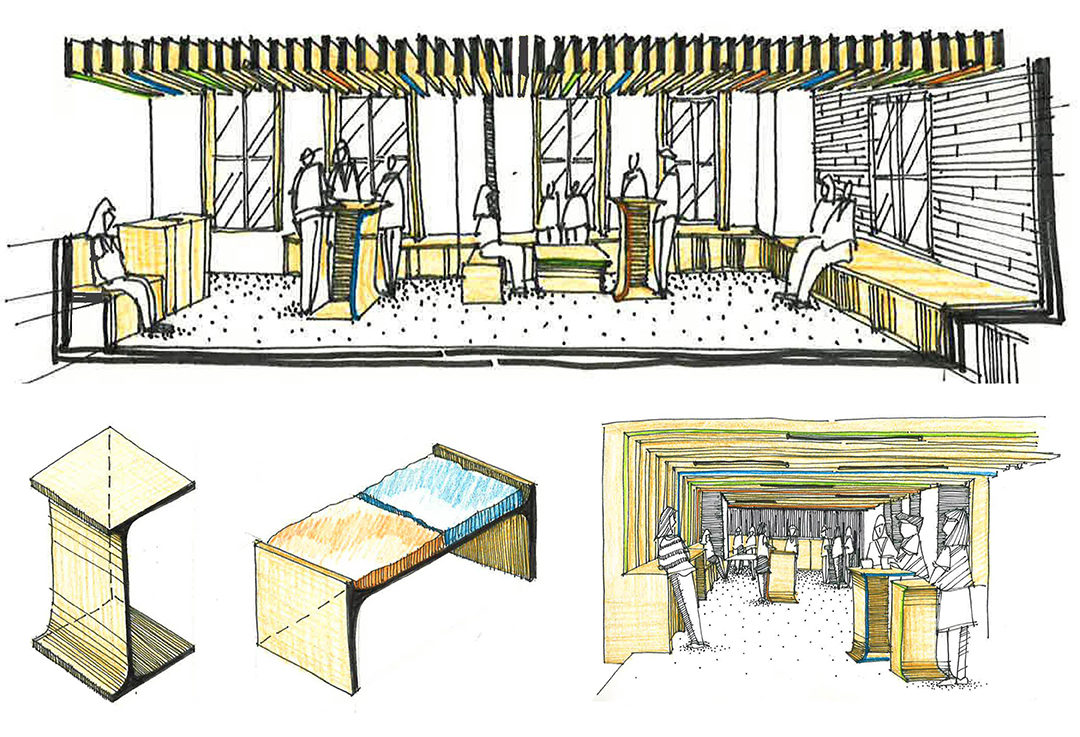 It was also fun to see the different ceiling features incorporated into the designs. One ceiling structure was a replicable tectonic of a parametric waffle structure which could constructed in many forms and repeated on future projects within the office. Another group saw the ceiling structure as a way to create private areas within the Lido Deck space. 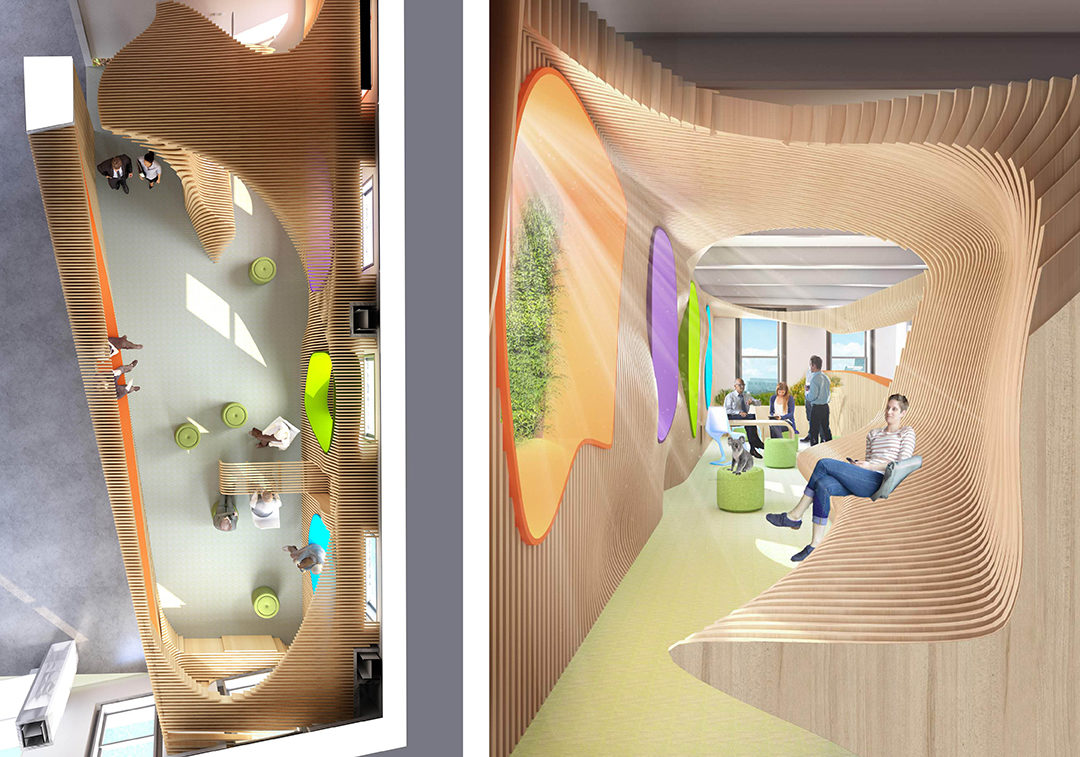 Orientation of the space was also an inspiration for schemes. One team reoriented the Lido Deck to the studio, with the goal of making the communal space light, assessible and welcoming. The studio then becomes the new backdrop, and rather than a complex intervention to solve a simple spatial problem, a simple intervention renews the Lido Deck as a rich social space. 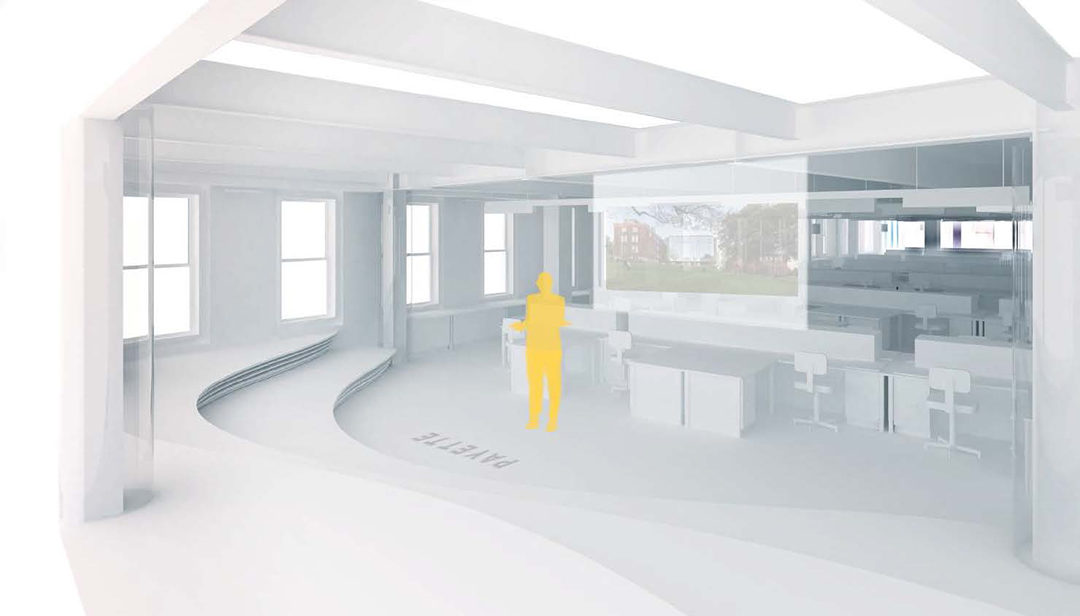 Now four shortlisted teams will develop and evaluate their design concepts by creating physical prototypes and mock-ups. The teams will then present their updated design to the jury who will determine the winning scheme.

Great project for the office and engaging everyone! Can’t wait to see the final outcome!