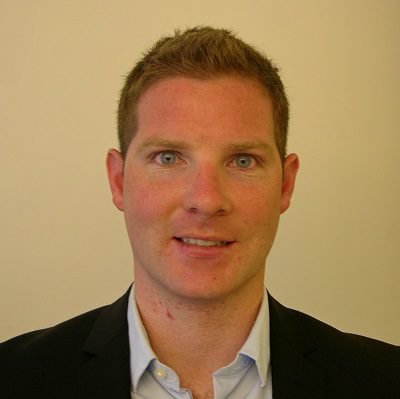 Our Young Designer’s Core (YDC) organized a tour of the currently under construction Northeastern University Interdisciplinary Science and Engineering Complex (ISEC). The tour consisted of a walkthrough of the exterior of the building as well as a full tour of the interior spaces.

Once we entered the building, we found ourselves in the main atrium space flooded with natural light from the three large amorphous skylights. With the spiral staircase now completed, we noticed how the staircase acts as the focal point of the space while connecting all six floors of the building. Using the newly installed staircase, we walked up the building, stopping periodically to tour some of the office and communal spaces on each floor.

We also toured some of the classroom and auditorium spaces which are near completion. The auditorium in particular was fascinating to see as it took the vertical expression of the sun shade system on the exterior façade and brought it into the interior in the form of wood slates which surround the space.

The tour concluded on the sixth floor in one of the large workspaces still under construction. Framed by views into the atrium on one side and views back to the city on the other, it will be interesting to see how this space gets fit-out and used by the university. 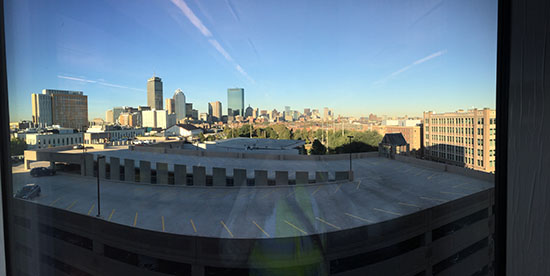 View back to the city from the sixth floor workspaces