As part of our commitment to the environment, Payette signed the AIA 2030 Commitment in January 2011 with the goal of designing carbon-neutral buildings by the year 2030. To reach that goal, the AIA has outlined interim reduction targets in Energy Use Intensity (EUI), and the current target is to reduce the predicted Energy Use Intensity (pEUI) of our projects to 70% below the national average based on building type and climate. 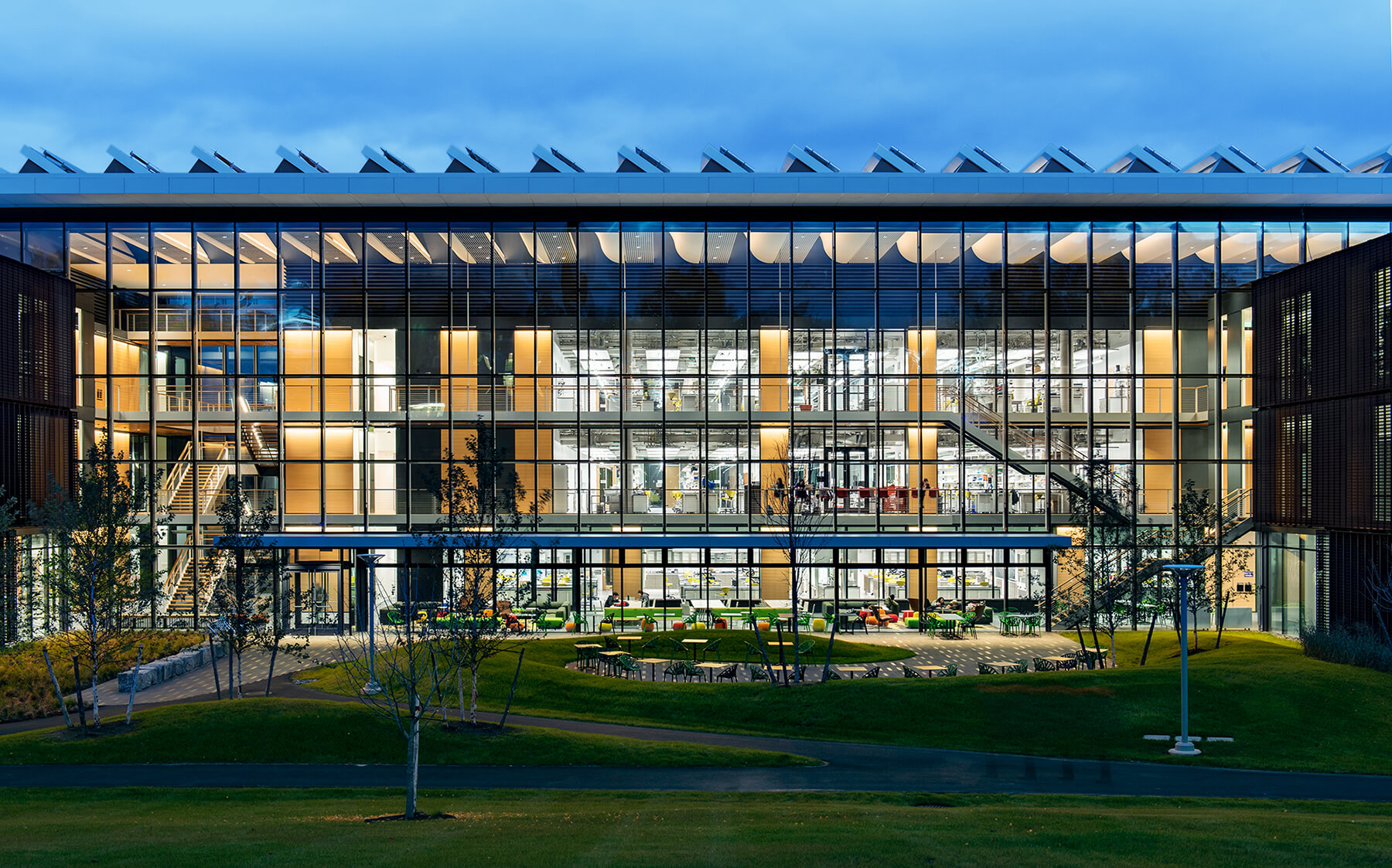 As reported the recent AIA COTE 2030 By the Numbers report, in 2018, 252 firms reported data to the AIA on approximately 3 billion SF across 92 countries, with an average pEUI savings of 46%. In the same year, Payette achieved an overall 61% reduction in pEUI. Three of our reported projects (representing 16% of 2018 whole building projects) exceeded the 70% target threshold. These included the University of Connecticut New STEM Center (75%), Williams College Science Center North (75%) and Boston College Institute for Integrated Science and Society (72%). Two others, the National Coast Guard Museum and the University of Pittsburgh Scaife Hall, were very close to meeting the target (68%).  We are excited about our project performance to date, working toward all projects meeting the 70% target next year, and planning for the target advancing to 80% in 2020.

REDUCTION IN ENERGY USE INTENSITY

Energy modeling is a critical strategy for reducing energy consumption in design. According to the AIA report 2030 By the Numbers: The 2018 Summary of the AIA 2030 Commitment, modeled projects reported a 25% better EUI reduction than non-modeled projects.  Payette has a goal of energy modeling all projects. In 2018 we modeled 92% of our projects, compared to the industry average of 51%.

PROJECTS WITH AN ENERGY MODEL

2030 signatories are also proving that high-level technical performance is compatible with award-winning design. In 2018, more than 70% of AIA award-winning projects were designed by one or more 2030 signatory firms. Since the inception of the COTE® Top Ten Awards, every firm to receive the award has also been a 2030 signatory. This year Payette received two AIA COTE Top Ten Awards for our New Science Center at Amherst College and the Interdisciplinary Science and Engineering Complex at Northeastern University. Payette was also recognized by the AIA with the 2019 Architecture Firm Award, the sixth consecutive year a 2030 signatory received the award, showing we should honor firms that produce beautiful buildings that perform beautifully.

It’s not just a few exemplar projects. Everyone understands that we as a firm have made the commitment, and so in every project, they now have a responsibility to try to meet that target.