Our previous posts on carbon this week have focused on what the science reports are saying, and where the biggest impacts of carbon in the built environment are. But the most important thing for everyone to understand is what YOU can do in your work to reduce impact on climate change and supporting a decarbonization of the built environment.

In January of 2011, Payette signed the AIA 2030 Commitment committing to working towards getting all of our projects to net zero carbon by 2030. While Payette has done a decent job of getting close to (though not quite achieving) the ever progressive reduction targets, next year (2020) these step down to an 80% reduction, which will really force us as an organization to think about what it will take to get our typologies to net zero.

It is worth understanding and defining what is meant by net-zero. In 2010, National Renewable Energy Laboratory (NREL) defined net zero in 4 classifications:

These are the four steps we need to look at for all projects to get them to net-zero carbon. While the target is to get all buildings there by 2030, the urgency of climate change encourages us to do so sooner.

As with operation energy in the AIA 2030 Commitment, a number of organizations have started to set targets for reductions in the embodied carbon of our buildings. Here are some of the targets that are out there today: 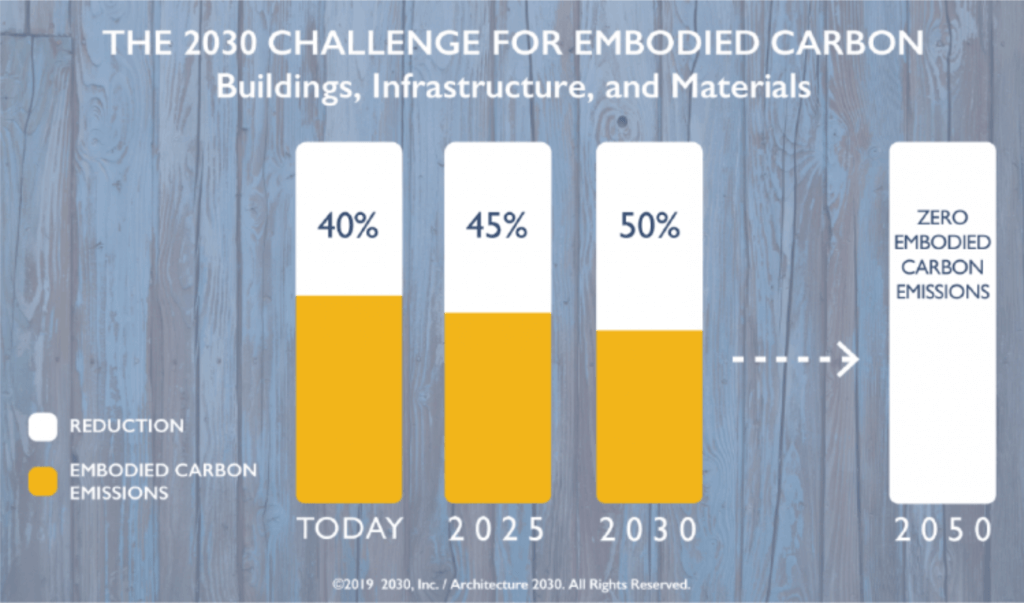 So how can we reduce embodied carbon in our buildings?
Structure and envelope are the biggest places to start. (It is worth noting that this is one breakdown of the total embodied carbon in buildings, but there is some debate on the exact size of each slice of the pie. For example, other breakdowns show structure having a large contribution.) Architecture 2030 recommends starting by focusing on reducing/replacing concrete, steel and aluminum which combined represent 23% of global carbon emissions. 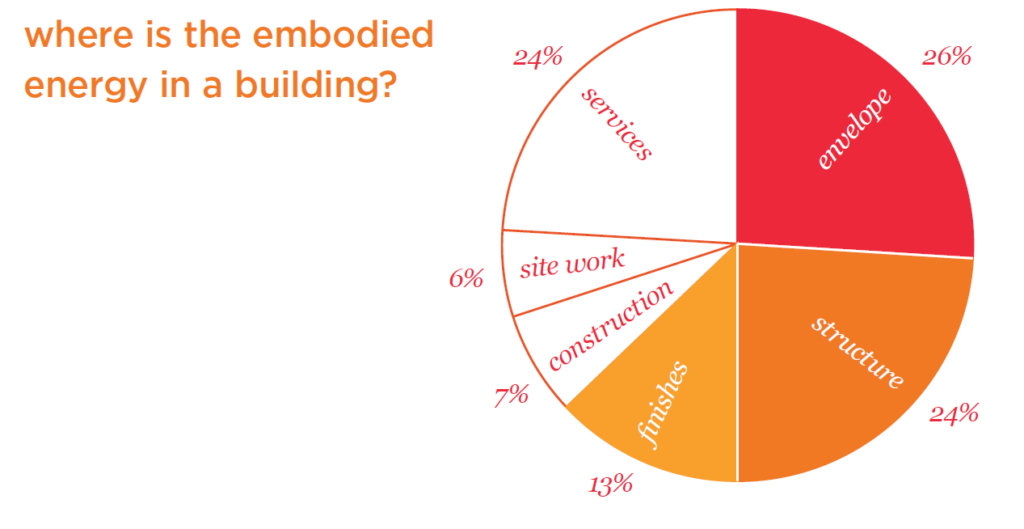 So where else can we reduce embodied carbon? 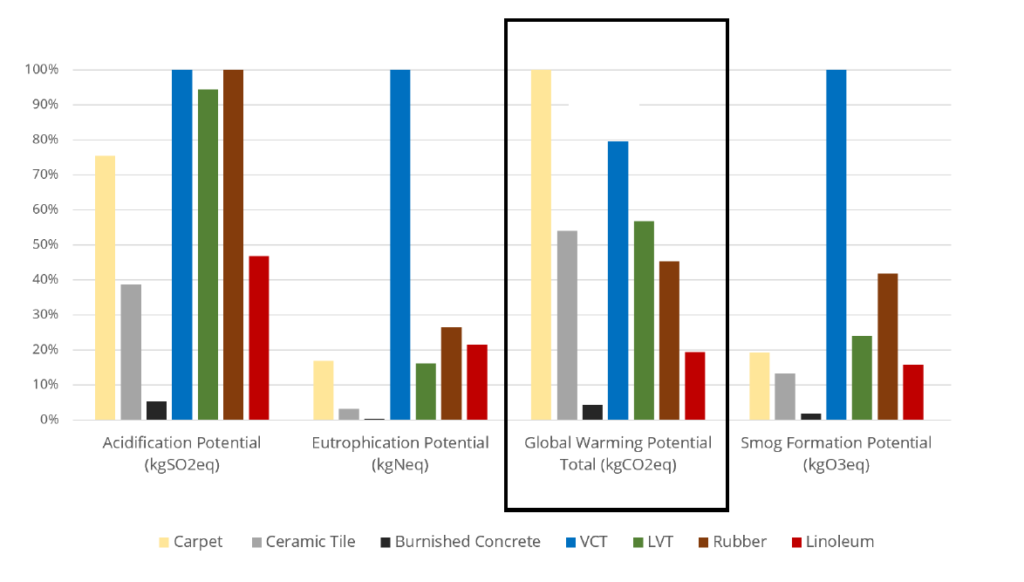 The industry is really just starting to become aware of the importance of embodied carbon. Payette transformed our practice to be a leader in operational energy and carbon, so let’s keep leading and become a leader in reducing the embodied carbon of our projects.