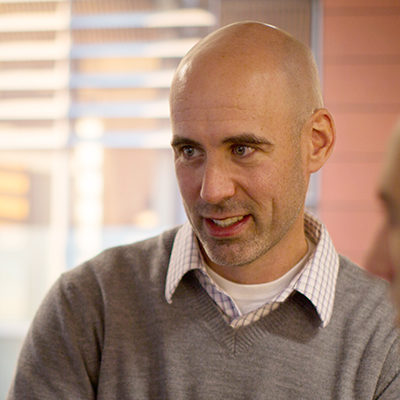 In terms of thermal performance, it is widely understood that windows are almost always inferior to walls. It is less widely known, however, that the thermal bridges associated with their installation also derate the performance of the surrounding wall systems. The loss that occurs around a window, typically through the structural components in the wall, is deemed a “flank loss” by Joseph Lstiburek of Building Science Corporation. The poor performance of the area directly surrounding the window assembly is caused by both the structural requirements for supporting the window and the thermal, moisture and air barriers created by the difficult transition of the various materials. These problems are exacerbated when the design calls for the windows to move in and out of plane with the main thermal barrier of the wall system.

When a window assembly is set back from the thermal barrier, an additional level of complexity is required. The thermal barrier must maintain continuity as it transitions to the mullion but, in many cases, when a window is recessed, the structural support often gets in the way of continuous insulation. In our study, we noted the façade area adjacent to a recessed window to have an approximate 60% loss in thermal performance; this was directly tied to steel angles and other miscellaneous metals that were used to transfer loads associated with the window and its opening.

The thermal performance of window assemblies that are pushed towards the exterior of the envelope can be similarly complex because the thermal break in the frame typically sits toward the front of the assembly, and therefore requires complex horizontal connections. Because the whole assembly tends to be proud of the main insulation line of the building, there is a tendency to expose the sides of the window frame and induce flanking loss directly through the mullions. This can be mitigated by wrapping the frame with insulation, but this leads to a thick profile around the glazing unit which is not usually consistent with the visual intent of the design.

Beyond the flanking losses of the mullion, windows that are proud of the superstructure can be more challenging to support vertically. Generally, the cantilevers associated with such an assembly are heavier and more complex than a more traditional installation, and these lead to heavier and more frequent thermal bridges. Similar to the recessed windows, we saw an approximate 60% reduction in R-value of walls immediately adjacent to windows of this type.

When we consider the detailing complexities associated with moving insulation layers into and out of plane, it appears that keeping windows in line with the main insulation line of the building is the configuration most likely to avoid difficult thermal bridges. Even so, however, we noted that conventional window installation can still fall prey to the challenges introduced by framing and support. In some tests, we saw conventional installations with a 45-60% decrease in the R-value in the vicinity of windows. These reductions were directly attributed to insulation interruptions at the window perimeter, such as blocking or flashing. In addition, it is clear that whenever the façade requires the structure to move in or out of plane with the main superstructure, this will lead to substantial performance impact.

It is essential to avoid continuous support and assure that outriggers or brackets are used to create only the bare minimum number of thermal bridges. In one test case, we replaced a continuous section of tube steel with intermittent blades that cantilevered out to support a brick lintel and effected a 68% reduction in heat flow through the assembly. While our study was typically based on brackets spaced at 48” +/- on center, it should also be possible to increase spans well over 96” to realize far greater performance, at the expense of heavier structure.

Should I purchase windows that reduce thermal activity near them? Also, does this thermal activity interfere with my ability to cool my house in the summer months? I’m building a house, and I’m trying to see what windows I should purchase for them.

I’m studying architecture in school right now, and the construction process really interests me. I have been reading about continuous insulation and the applications are fascinating. The pictures showing the heat in color were really helpful at helping me understand how it works.

You’re right Callie Marie, continuous insulation is very interesting, I’ve been researching it lately. I agree that the pictures help me get a better idea of how heat is dispersed. So excited to have found out more about this kind of technology.