The new Meditech office and conference center is planned for an existing building in Foxborough, MA. The project was an excellent opportunity to consider innovative options for the reuse of a fairly typical office building that had not been occupied in years. Because the design of the original building was intended for office use, the renovation scope of work for many clients is often minor in nature. However, Meditech wanted a strong vision for the project and implementation of their culture into the proposed layouts. Each of Meditech’s buildings has a strong identity tied with the architectural concept of the building.

The concept for the auditorium structure was originally developed by the founder of the company, Neil Pappalardo, an engineering graduate from MIT. The structure was designed similar to the geometric principal of a frustum.

The frustum concept created an auditorium in the round with no obstructed view seats. The round layout also works ideally for the plenary sessions that Meditech plans to hold introducing new products and other corporate gatherings. In contrast to more traditional projector and screen or large format video solutions, each individual in the auditorium will be given a tablet for viewing the presentation. 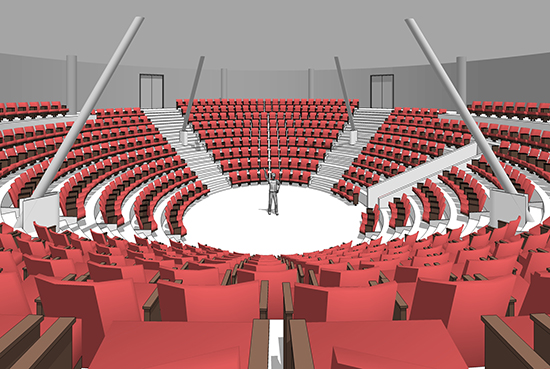 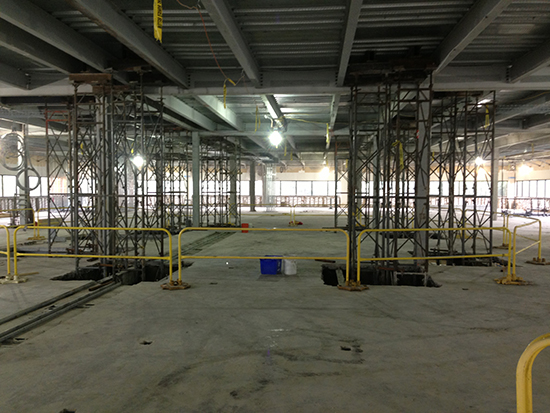 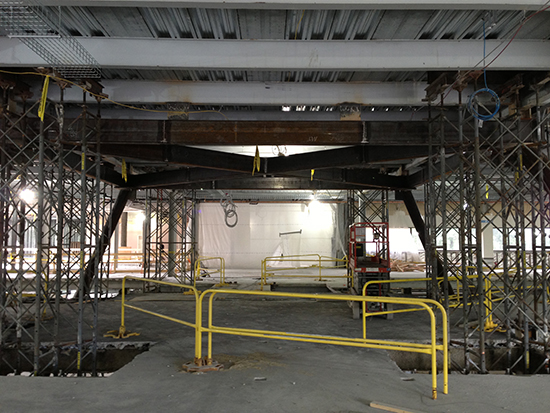