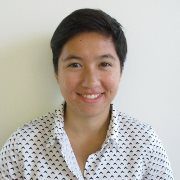 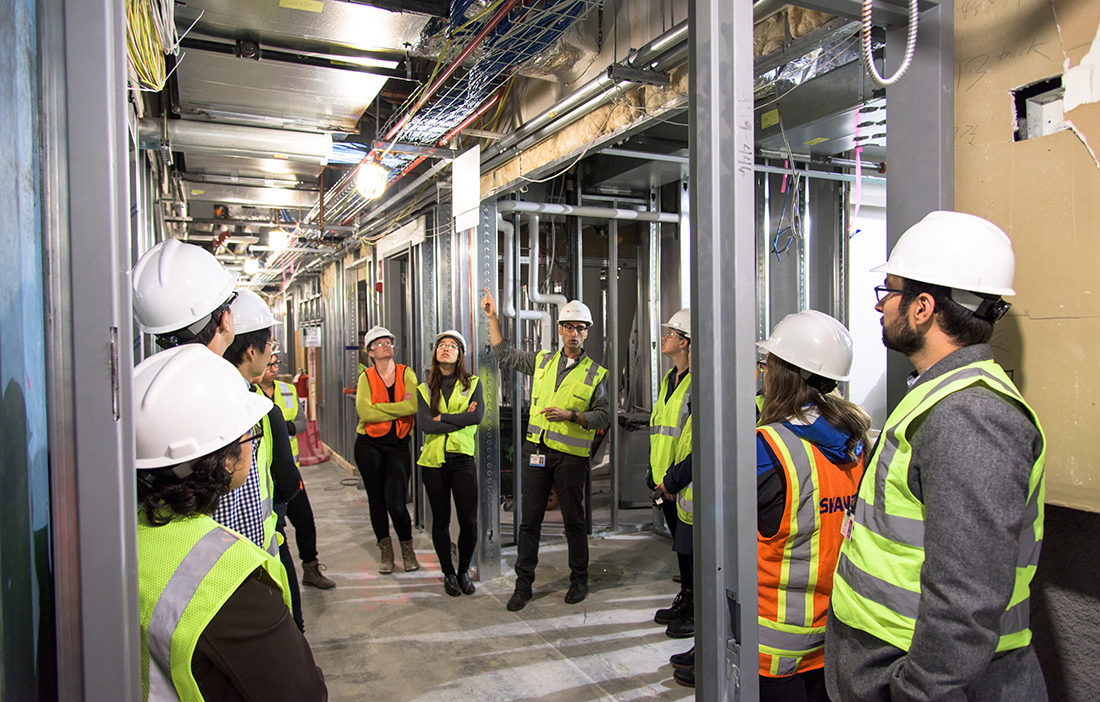 Last week, our Young Designer’s Core (YDC) organized a tour of the Dana Farber Cell Manipulation Core Facility, which is dedicated to discovering and producing customized cancer treatments. The 30,000 SF facility will be the largest of its kind and is set to open in 2018. 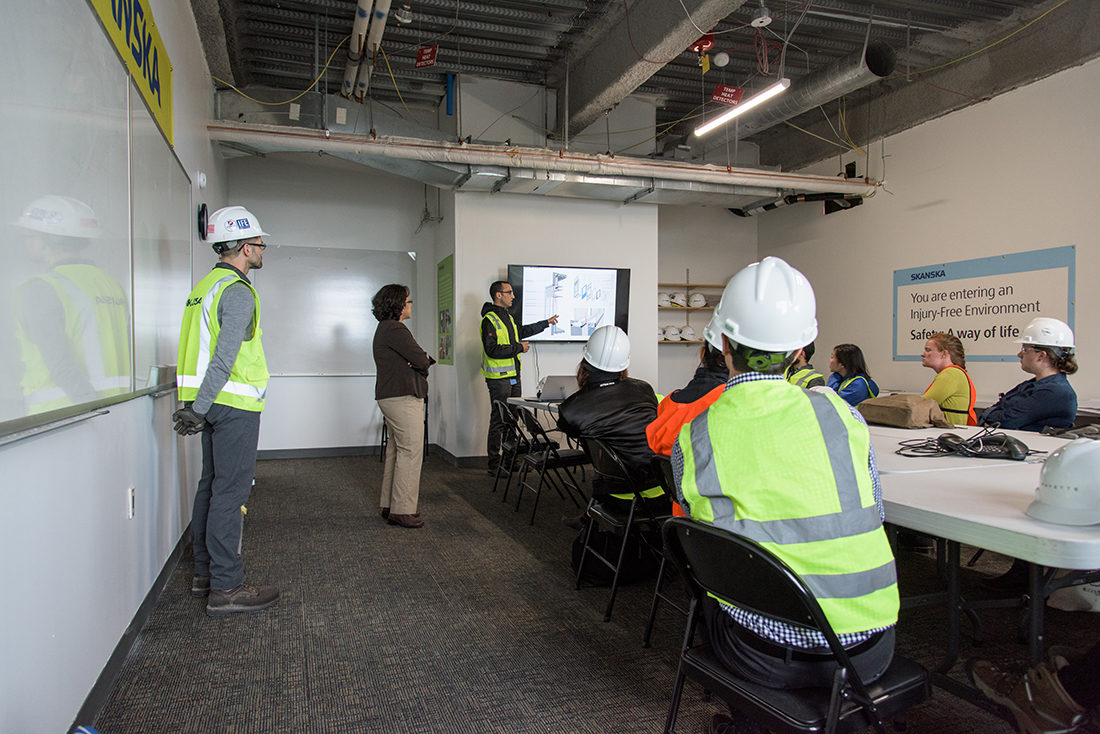 Before touring the construction site, members of the design team, Michael Hinchcliffe, Mollica Manandhar and Nick Knodt, explained the details of the project. The existing spaces were previously used as a vivarium, so all of the windows were originally glazed with spandrel glass.  The scope included replacing all the opaque glass with clear glass to allow exterior views and more natural light. The new mechanical systems needed to work with existing HVAC shafts while still undergoing major upgrades. 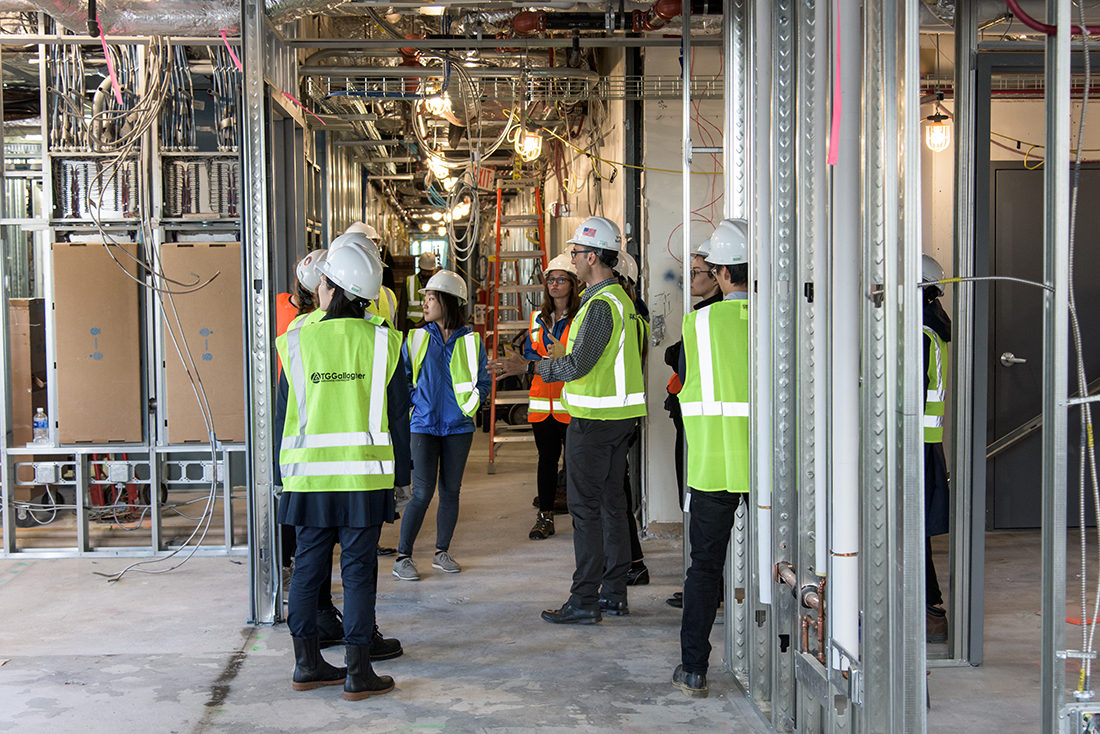 Having never seen or worked on such a mechanically complex and demanding project, I was blown away by how carefully one must balance the many requirements. Coordinating movement through the dozens of airlock doors not only for researchers, but for cleaning teams, is not an easy feat. Designing in a way that minimizes horizontal surfaces to reduce dust and increase sterility is a consideration I’d never heard of before.

Not only did we want a technically sound facility, our design team also wanted to create a beautiful space for the client and users. Michael provided an analogy to an apple watch: an incredibly complex contraption incased in a clean shell. The main design concept was to create view corridors that allow sight lines across the floor and to the outside. To achieve this, careful consideration in tangent with layout and circulation was required. I think both researchers and visitors will enjoy these view corridors when working or moving through the space.­