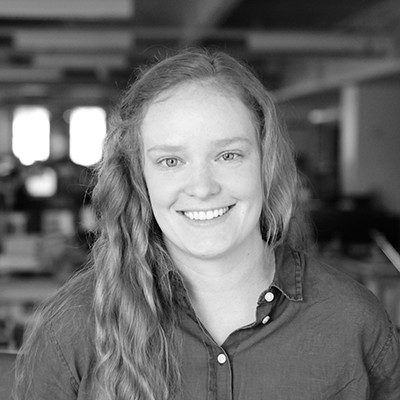 Last month, Payette’s Young Designer’s Core (YDC) visited the construction site for Boston University’s CILSE. This was the second YDC tour of this project, the first occurred last October when the first steel had just been erected and the slab on grade was just poured. This was my first visit to a Payette construction site; the Payette BU team members and superintendent, Sean Dunn, from Turner Construction gave us a great tour. 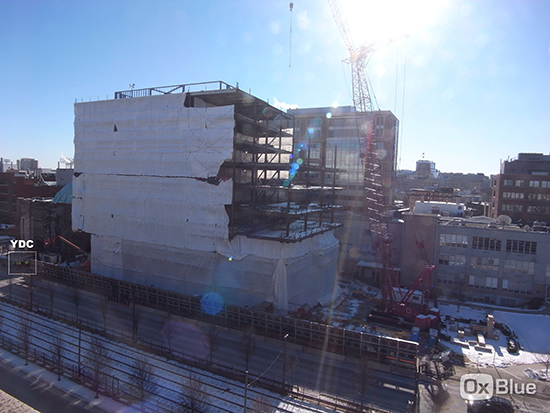 Completion of CILSE is projected for early next year, with construction taking a less than two years. This accelerated schedule means that the second and third mechanical floors are close to being furred out with metal studs going up and major equipment already in place, while some of the top six floors are still being poured. M/E/P coordination was in full swing using Trimble 3D laser surveying based on the BIM 360 and Navis Works models to place plumbing, walls, wiring and ducts.

To access the first four floors, tour members were able to comfortably ascend a steel egress stair. Though egress stairs have the potential to be easily overlooked, these stairs represent an important cost savings for the project and a design opportunity for the team.

The BU team took what could have been an innocuous (but not insubstantial: two stairs over 9 floors) part of this building and turned it into an opportunity to save on construction costs and to accelerate the construction schedule. By simply considering the egress stair early in the design process and coordinating with a local manufacturer and Turner Construction, Payette saved around $75,000 per stair. This is not the first time Payette has tried to use a prefabricated stair. The BU design team used the manufacture’s details and did not over-detail it; the pre-fab stair helped the overall cost-savings of the project. The stair arrives assembled on the site (sans rails) and is usable immediately after installation by the construction team. A pre-fab stair like this results in cost- and time-savings because it can be placed early in the construction process and requires no coordination between the installation team and other trades. Towards the end of construction, the stair will be sand-blasted and railings painted. Some may call it a “cheap trick,” but the stair is an elegant design solution that saves the project money, time and results in a potentially better looking stair.

During our visit, all of the stairs were not yet in place, so for the final part of the tour, we had to work for the view. Climbing construction ladders for the final 5 floors lent a rush of fresh crisp air and a bit of exercise to our tour experience. 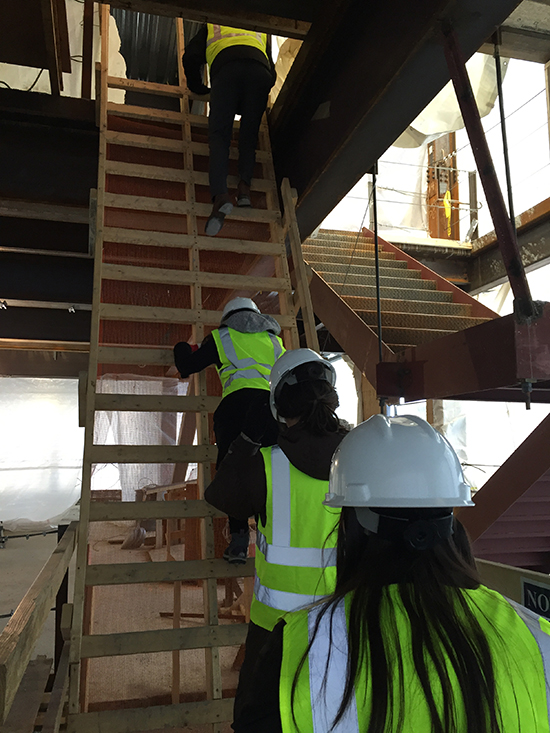 Once up on the roof, and out of the plastic enclosed floors, the decision to place mechanical on floors two and three becomes clear. The panoramic views of the Charles River, the downtown skyline, and the potential to see a homerun ball in Fenway Park all pronounce (even unenclosed in windy 20 degree weather) that the top floors of CILSE will be an extremely pleasant place to work in the city.