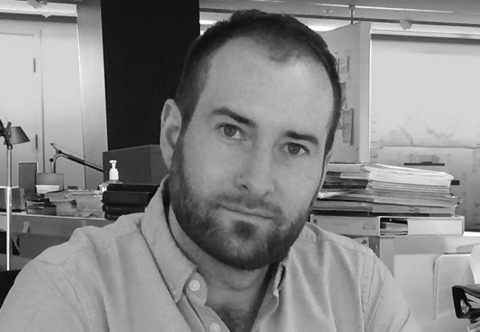 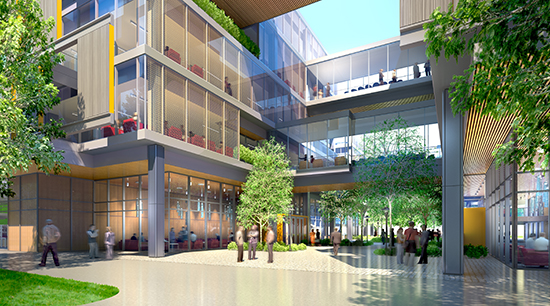 Payette began design on the tenant fit-out project for 75–125 Binney Street in 2012, which was originally slated to be turnkey constructed along with the shell and core project. At that time, the strategy was for the tenant to occupy all levels of both 75 and 125 Binney (125 Binney allocated for labs and 75 Binney allocated for offices). At that point, the project was two separate buildings connected by bridges. Just after we completed construction documents and were about to begin construction, the project went on hold. 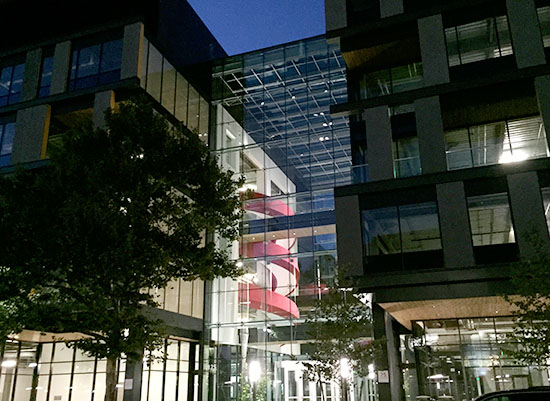 Fast-forward to the fall of 2014 and the job came back online just as the 75–125 Binney Street job was nearing completion. The new scope for the project utilized all five floors of 125 Binney with 75 Binney as a sublet. The lab program was reduced from open lab on all five floors to open labs on two floors. Since 2014, the project has progressed smoothly and is now nearing completion.

Our Young Designers Core (YDC) recently toured the construction site (at about 70% construction). On the tour we viewed the fourth floor and the atrium as well as the labs and offices on levels 2 and 3. We discussed how the project evolved as we toured the spaces. We also discussed how coordination worked on this project as well as the role site visits played in our ability to coordinate the details. 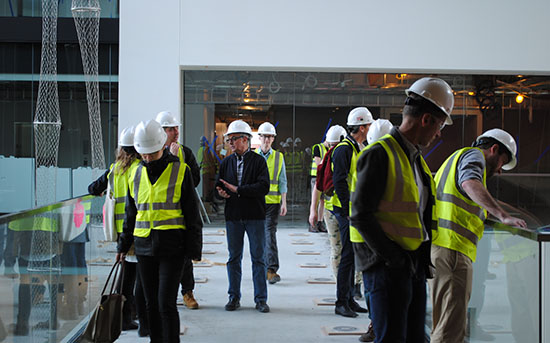 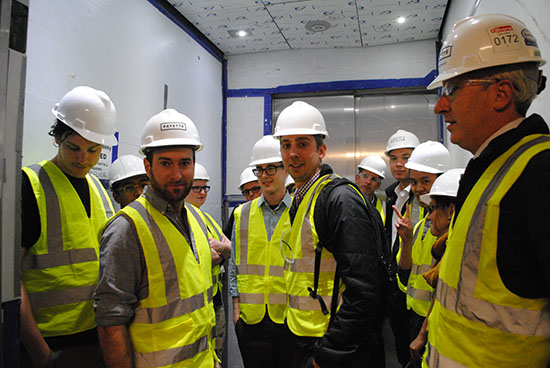 We’re excited about how this project has progressed over the years and look forward to the end of construction on the fit-out.