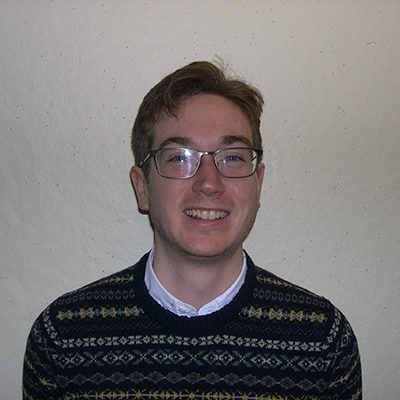 Recently Payette’s Young Designers Core (YDC) checked out projects in-progress at MIT’s POP Lab (Prototypes of Prefabrication Laboratory). Anton Garcia-Abril and Debora Mesa, founders of the lab and partners at Ensamble Studio, led the discussion. Graced by the best weather we’ve had in a long time, Anton showed us what they’ve been working on during the inaugural year at the lab. We discussed two related projects. First, we discussed the main attraction: Cubic Igloo, which may appear to be a large pile of white foam but is actually a carefully articulated construct which (with the exception of a few leaks) comfortably housed the 14 of us for our discussion.

The second project we discussed was a conceptual model for a pre-fab infrastructure the size of several NYC blocks. Constructed with metal studs, the model explores the potential of growing a city vertically with what Anton called 3d infrastructure. Anton and Debora indicated the two projects rely on one another, imagining the super light construction of the igloo to allow for easier inhabitation of a new vertical city. A foam i-beam about 5’ deep, 40’ long and weighing as much as a Harley Davidson, as Anton put it, is something that may eventually make this complex infrastructure possible.

Overall it was a great trip. Anton and Debora were clearly excited to share their research and work with us. For more information check out Ensamble Studio and this recent interview with Anton. 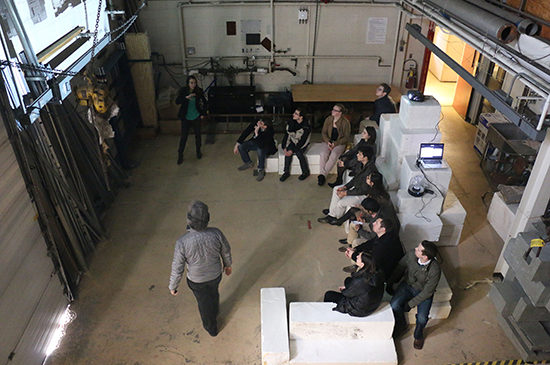 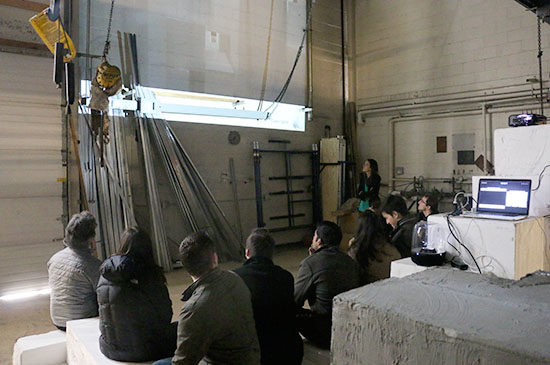 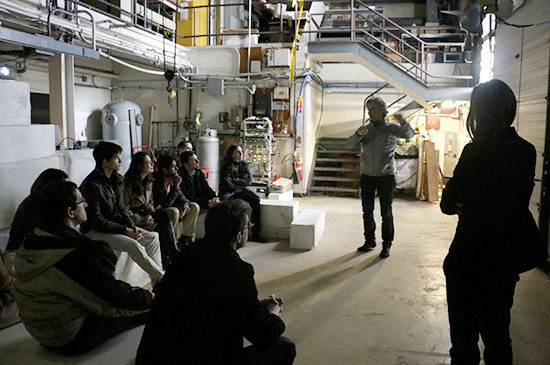 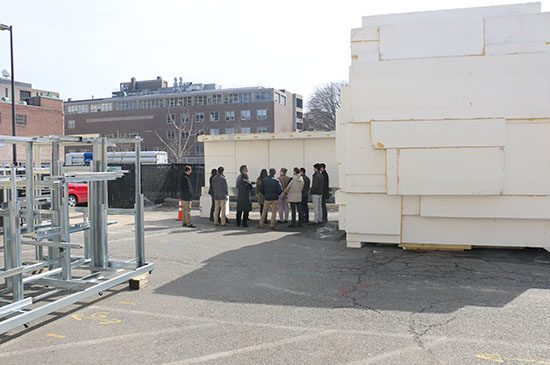 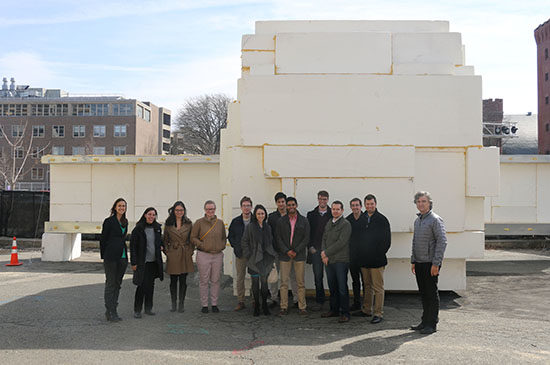 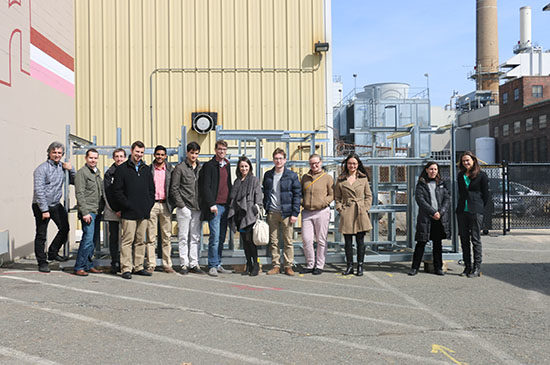 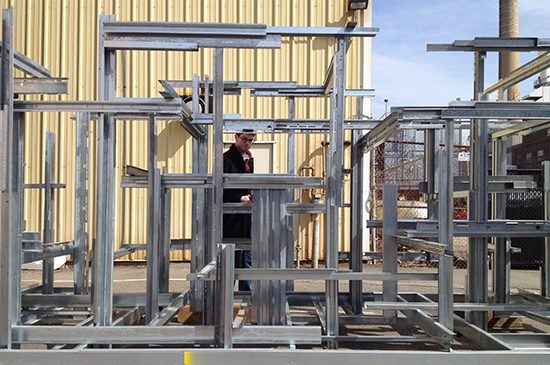