Earlier this month our project team traveled to the Netherlands to tour precedent facilities in regards to our work for Skolkovo University. Two of the facilities we toured included the Delft Technical University: the Kavli Nanolab’s cleanroom and the Aerospace Structures and Materials Laboratory. Because we toured both facilities on the same day, we were struck by the differences of scale and subjects in these two engineering laboratories.

KAVLI NANOLAB’S CLEANROOM
The cleanroom is a space dedicated to research on materials and systems on the scale of tens of nanometers. (As a reference point: a sheet of paper is 100,000 nanometers thick.) Work on that scale could be destroyed by a speck of dust, so everyone entering the clean room must be covered in special fiber-free clean gowns which contain the tens of thousands of skin cells we shed every hour. (Some of us had to wear beard covers, too.) 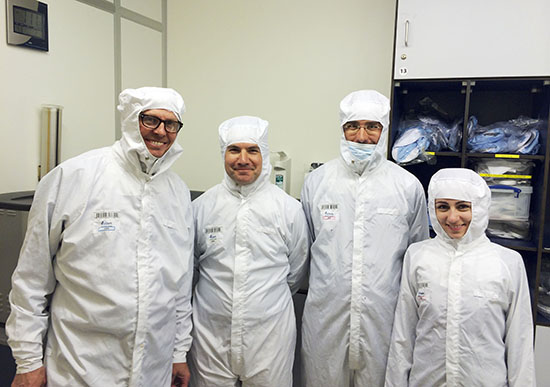 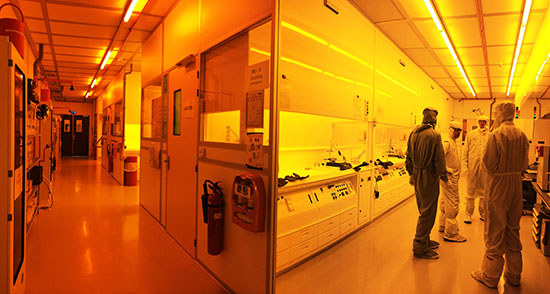 The clean space itself is full of specialized equipment and specialized hazards. Some rooms must have yellow lighting to prevent ultraviolet radiation from prematurely exposing photolithographic processes; all the rooms have gas sensors designed for each gas in use, plus manual panic buttons. If the alarms are triggered, the three full-time cleanroom staff in the control room have breathing gear to enter the space for rescue operations. 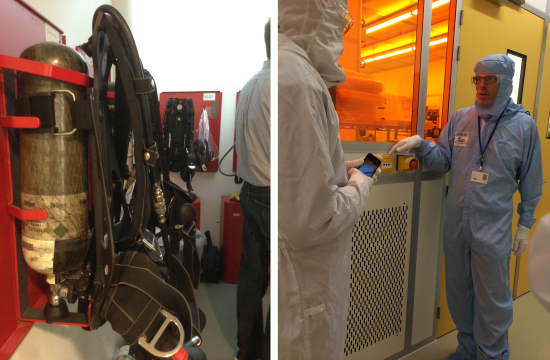 Every square foot of research space in the cleanroom is supported by more than double the square footage outside the clean space. Adjacent to each clean bay is a (relatively) “dirty” equipment chase full of equipment and services supporting it. 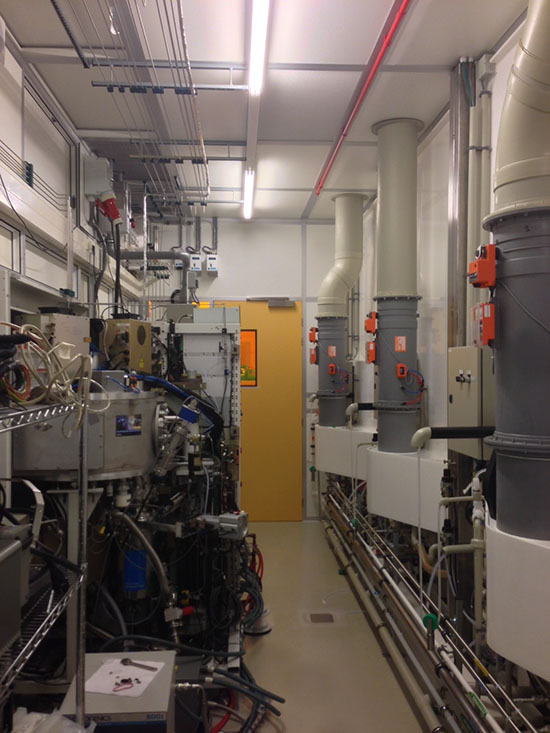 There is also an entire floor below the cleanroom dedicated to support machinery which cannot be placed on the same floor because of noise, vibration, or maintenance requirements:

Despite all these precautions, to keep the environment at the dust-free level required, the air in the cleanroom is replaced 150 to 200 times per hour.

AEROSPACE STRUCTURES AND MATERIALS LABORATORY
At the opposite end of the manufacturing scale (and the other end of campus), we visited the Aerospace Structures and Materials Laboratory – an enormous hanger, 25 meters wide and 75 meters long, with a five-ton overhead traveling crane 10 meters above. The entire hanger is filled with materials research and manufacturing equipment, from carbon-fiber wrapping machines to huge metal presses and computer-controlled milling machines. One part of the hanger is screened off for indoor testing of small drones.

Many of the machines are focused on carbon-fiber and other composite materials, which are increasingly being used in modern aircraft. In the hanger was a panel from the fuselage of an Airbus A380 – the largest passenger plane in the world – with a note thanking the lab for their critical research contributions. Also scattered throughout the hanger were samples for disassembly and study, ranging from small parts to whole wings and, at the end of the hanger, entire aircraft. 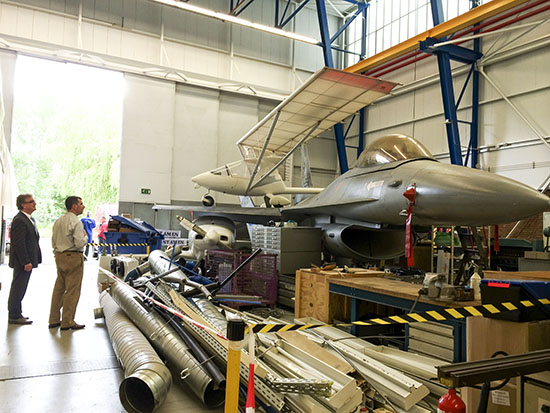 On both sides of the hanger were smaller equipment labs. We were very interested in the fold-down service column, which allows the space to be made entirely clear for large equipment. This picture shows one arm folded up (in the foreground) and down (in the background): 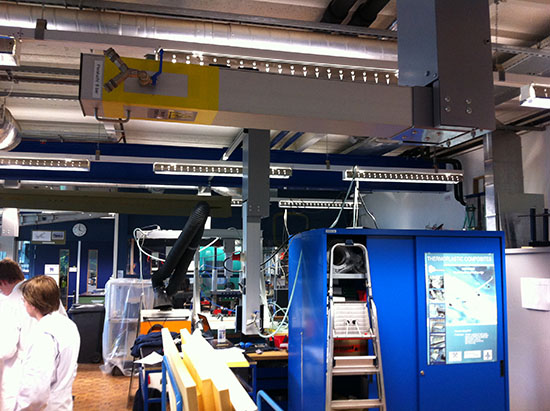 The lab has built their own flight simulator, and due to the light weight and high strength of the materials they develop, the simulator is capable of extremely high accelerations. (Our guide described it as being able to simulate “near-crash conditions.”) Every part of the simulator, from the pistons supporting it to the software running it, was built at the school. 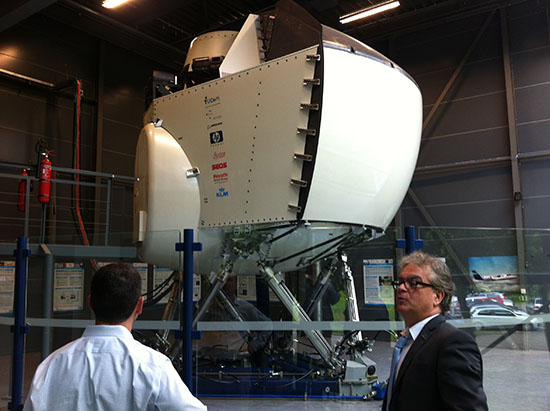 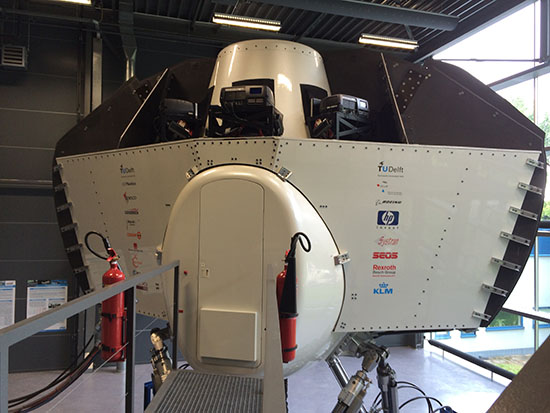 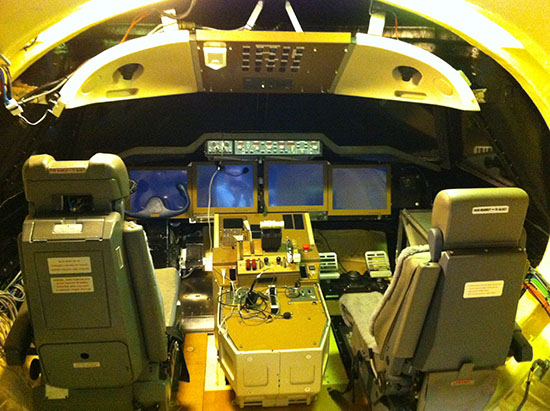 Related:
Video of the flight simulator at the Aerospace Materials Laboratory