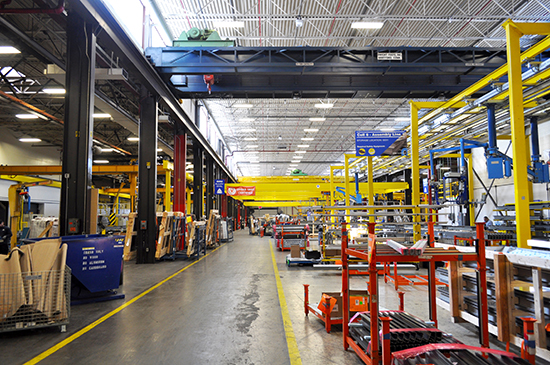 Recently, members of the façade team for Northeastern University’s Interdisciplinary Science and Engineering Complex (ISEC) had the opportunity to visit Permasteelisa’s North America (PNA) headquarters in Windsor, CT, where they’ve been located since 2001. The capacity of the 350,000 SF facility includes six assembly lines that service incoming material and assembled curtain wall units for five projects each month. The facility at Windsor has primarily been fabricating projects in New York City and New Jersey the last few years.

The agenda of the trip continued the on-going design assist process with a tour of the curtain wall manufacturing facility. The Payette team was joined by the members from ARUP and Suffolk Construction and PNA’s project director Allan Warner led the tour. The facility is highly organized and efficient. From the full visual inspection of raw materials, to framing and glazing installation and system sealing, the facility provided a high sense of quality control.

The layout of the facility functioned in a clockwise fashion. With the arrival of raw extrusion material at the loading docks, the stock is visually inspected for deflections and sealed. The appropriate stock is then sent to the “planet” stations. The planet stations use high powered single track CNC routers to cut down, drill and notch the stock. The aluminum debris is collected in barrels to be reused. The cut extrusions are carted to the assembly line at the other side of the warehouse – where framing, glazing installation and sealant/caulking take place. As the materials move through the assembly lines, barcode tags systematically catalog each individual panel unit. At any point along the fabrication process, PNA can retrieve any unit and review its status. When completed, the glazed unit is hoisted into a vertical position where the final cleaning is conducted. The finished product is hoisted and stacked into crates and stored.

In all, the facility and its quality control are very impressive. All of Permasteelisa’s facilities (foreign and domestic) are closely organized the same capabilities for production. Some of the most notable items we saw included large single glazed units that concealed its spandrel joints. This is accomplished by glazing the units in the line that has a dry flat seal between a vision and shadow box. Another panel system showed glazed terra-cotta integrated into the glazed unitized panel. Outside the facility are full scaled mockups of multiple World Trade Center buildings as well as the Hearst tower (Foster), Weil Cornell Lab (Ennead) and the IAC building (Gehry). 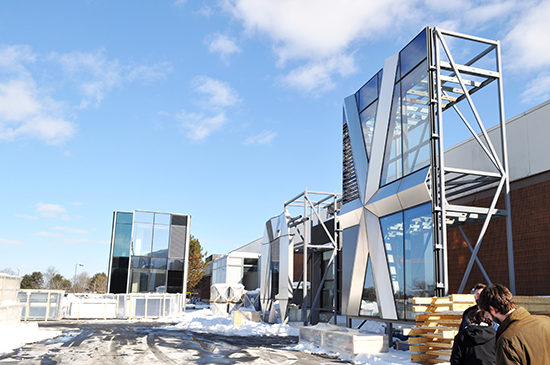 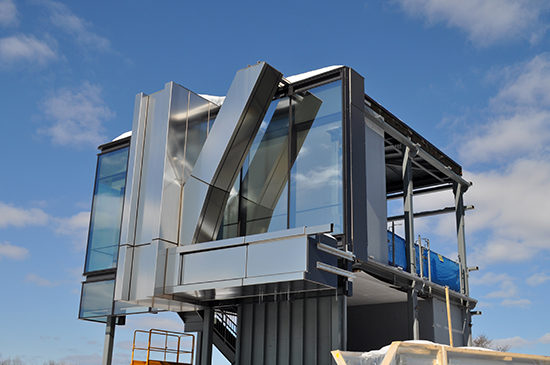 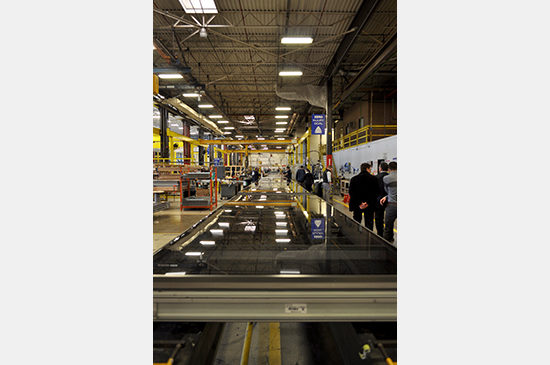 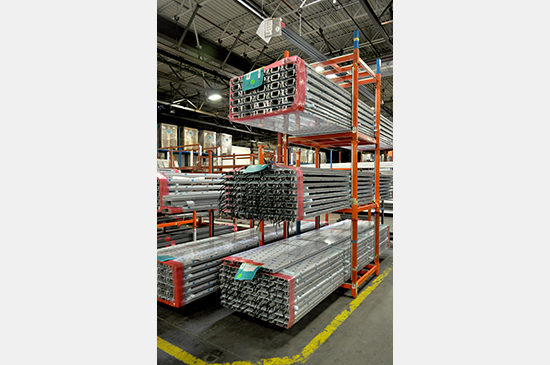 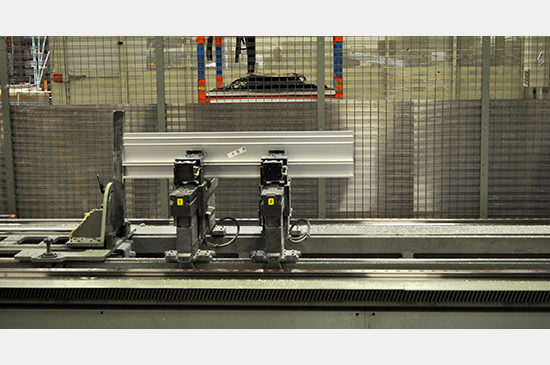 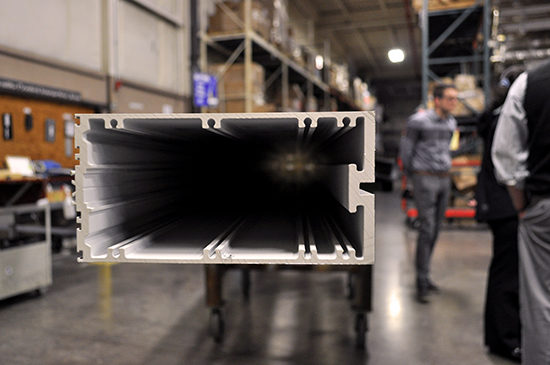 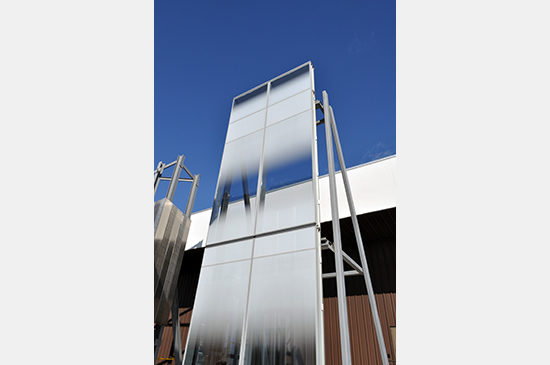 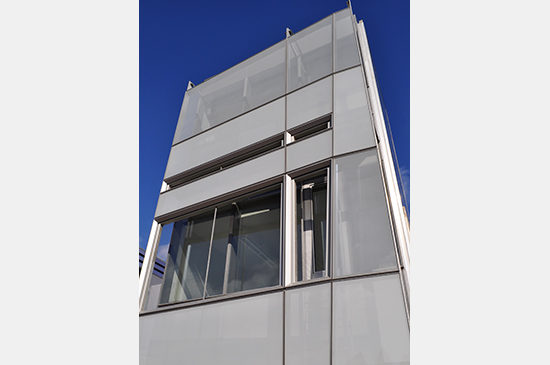 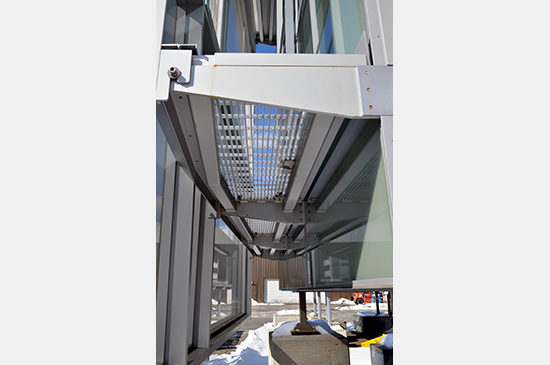 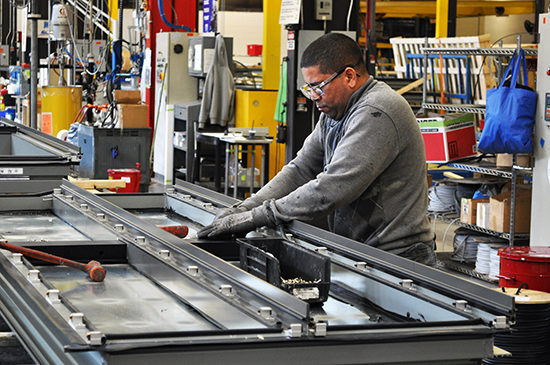 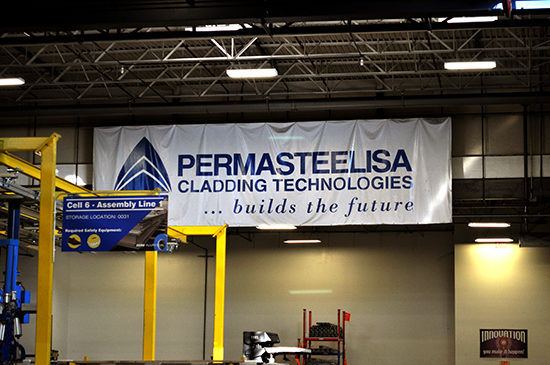 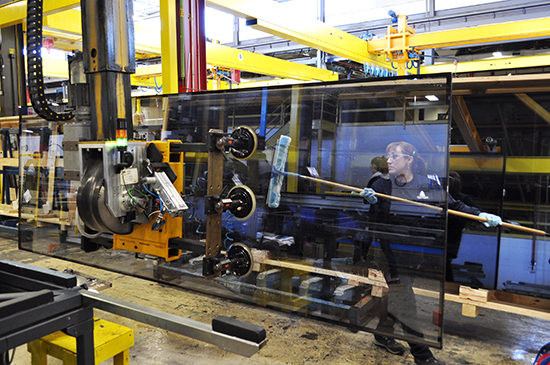 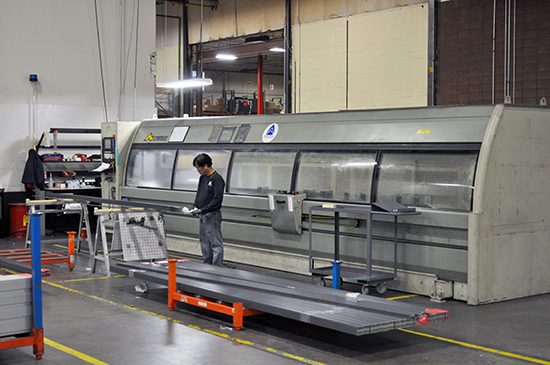 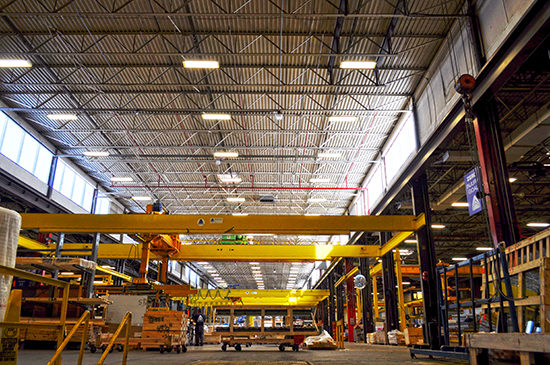