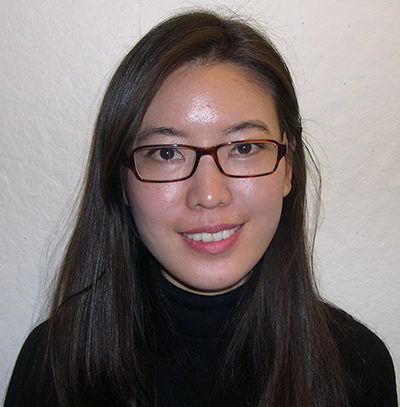 Recently Payette’s Young Designers Core (YDC) hosted a tour of the new Meditech office and conference center in Foxborough, MA, to offer a group of young designers a firsthand look at some of the design challenges involved in a core and shell, full gut renovation project.

The new office building in Foxborough is the third in a series of Meditech offices designed by Payette. The given site for this project was an unoccupied, four-story office building with typical slab-to-slab heights and column-grid spans.

The construction tour was led by our own Mee Kim and featured discussions about design and construction of the project as it related to the structural constraints of the given site, including the use of light wells in the upper two levels as a means of bringing natural light into the deep floor plates that were extant. However, the main design challenge for the project was to incorporate a 550-seat auditorium the within the boundary of the existing building envelope, as was stipulated by the client. The team responded with the innovative  design of a square-frustum structure, spanning vertically two-stories from ground level through an elliptical opening at the second level floor slab.

Visiting the Meditech office construction site was certainly educational and a great way for us to observe firsthand the site undergoing various stages of construction simultaneously, from finished walls and millwork to exposed steel beams and corrugated metal decking. As the building is now well into its second year of construction, many of the design elements discussed during the tour were already quite legible and carried effect; most prominently, the openness of the plan layout  in the upper two levels as well as the use of vertical voids to introduce diffuse light and unify spaces. 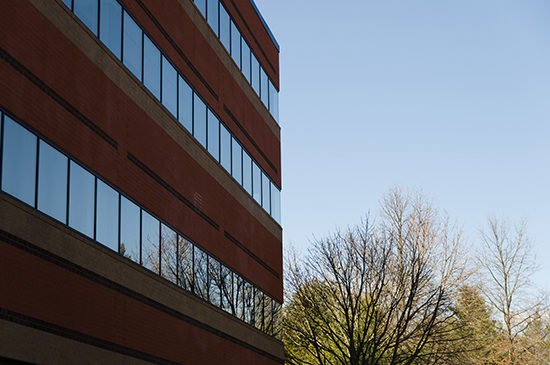 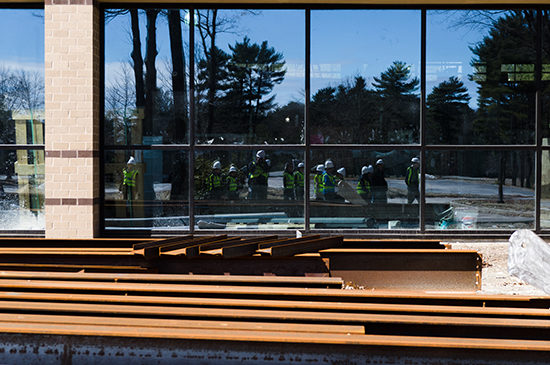 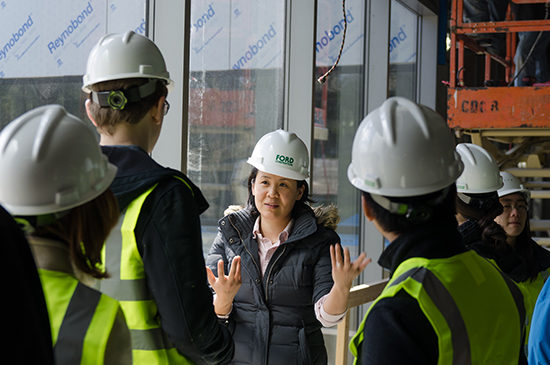 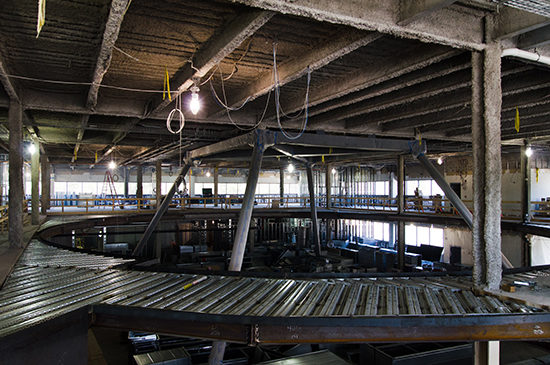 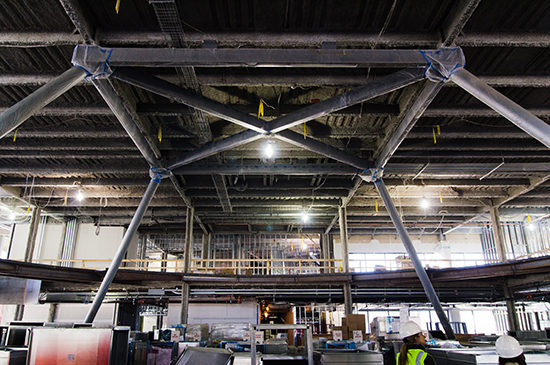 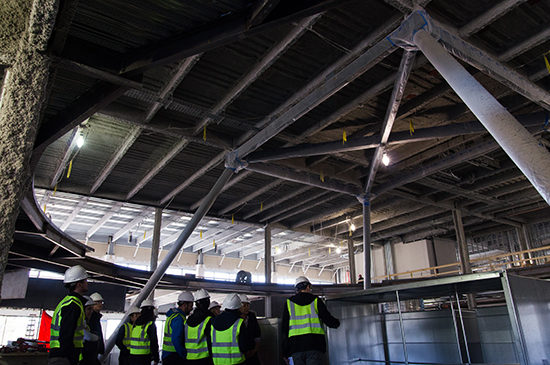 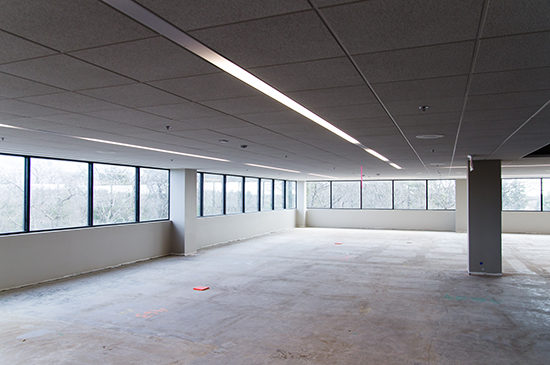 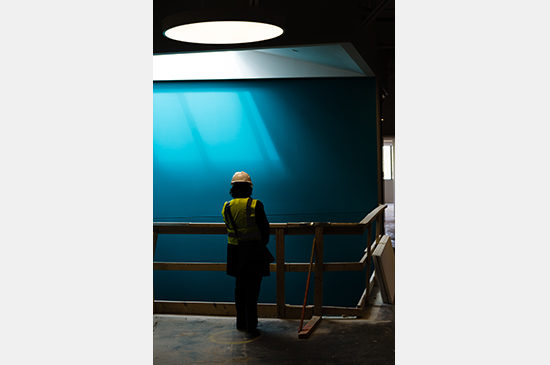 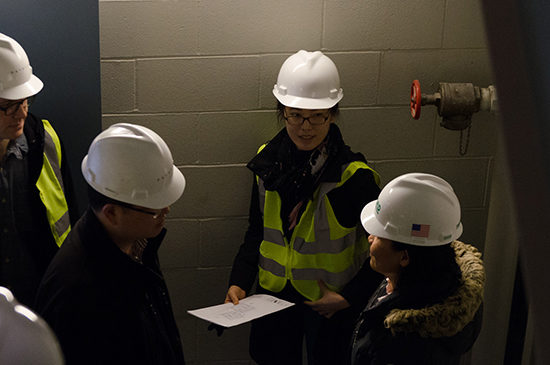 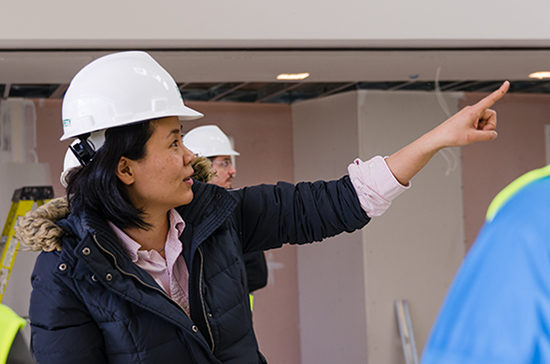 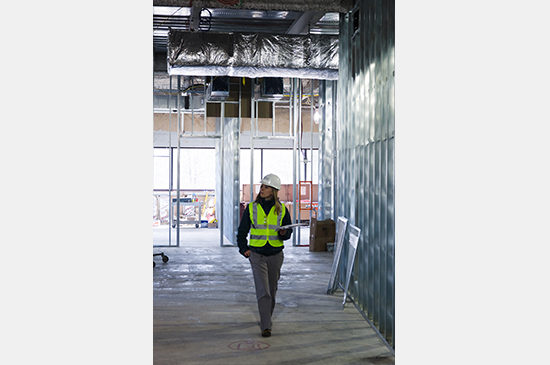 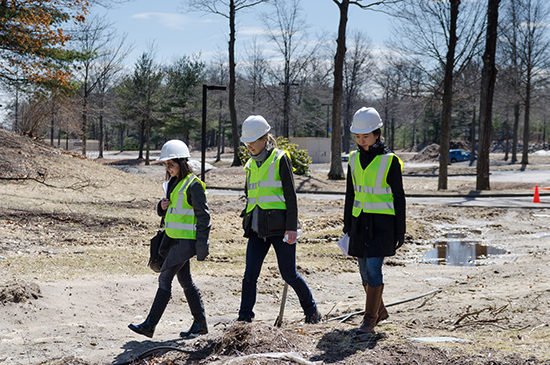