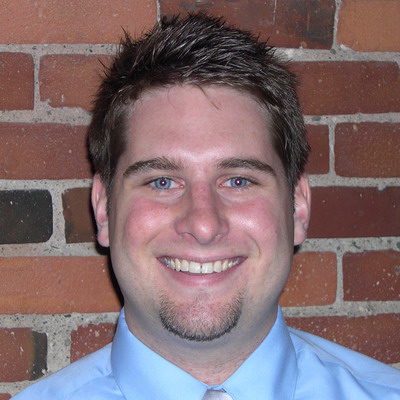 As three-dimensional printing (3DP) technology increasingly embeds itself within the architectural practice as a viable representational technique, architects and designers must reconnoiter around the ideas and strategies that initially spawned the technology. Whereas 3DP’s current influence on the architectural design scene seems to be most characterized by the production of monolithic, mono-material, massing components, its success and influence originated on the engineering platform via the ability to produce accurate, complex geometrical prototypical, full-scale components.

Most significant to the architectural designer in the articulation of a physical study model is the ability to produce artifacts that facilitate and direct to the iterative design process. A primary catalyst for the success of this process requires dexterity and efficiency in the fabrication process itself. As designs are quickly modified and manipulated to fulfill evolving design intent, the fabrication process must efficiently anticipate and transform to accurately articulate new design ideals.

By deploying a scale shift likened to the prototypical roots of 3DP technology, the images below document a series of full-scale design studies investigating terracotta rainscreen cladding profiles. Of primary importance to the design team was the ability for the models to clearly convey the legibility of the profile from various distances and perspectives. Secondarily, the models proved useful in the comprehension of lighting consequences between the profiles. The combined curvilinear and faceted nature of the profiles clearly emphasizes the necessity of the digital fabrication process. Most importantly, the full-size scale of the models in conjunction with the limited scope of the investigation allow the fabrication process to efficiently inform the decision making process. Two-dimensional, digitally documented profiles were easily and quickly manipulated to generate simple digital extrusions, thereby keeping pace with design changes.

Scale is here at the crux of the success; clients and designers alike are drawn to and impressed by the resolution and mastered comprehension of a seemingly insignificant aspect of the design, articulated in a clear and beautiful way. 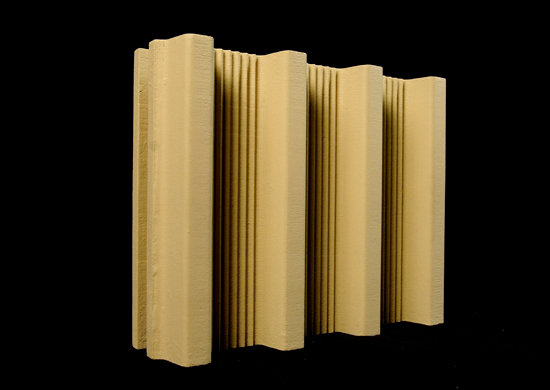 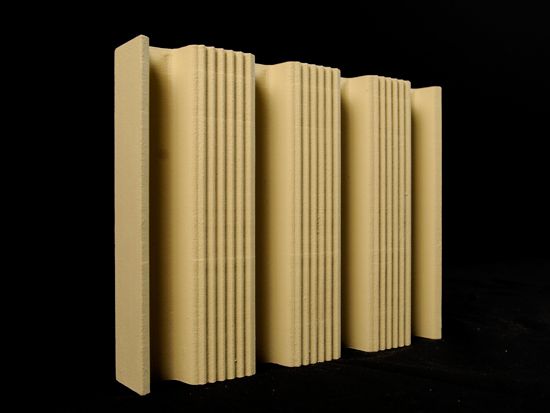 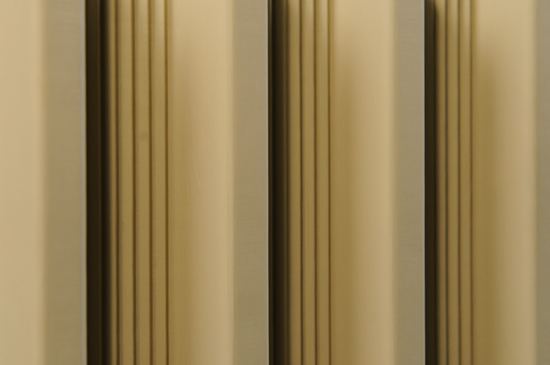 Vignette of 3D-printed prototype used in a series of terracotta profile design studies. 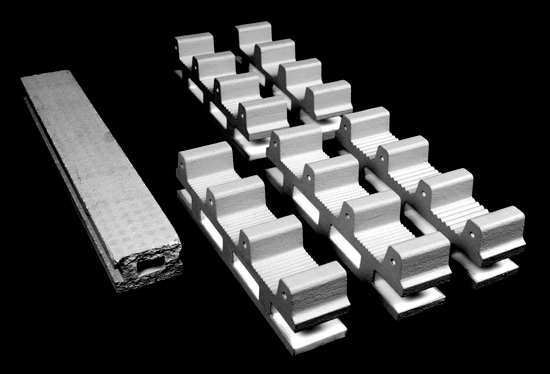 It’s amazing some of the things a 3D printer can produce these days.