Next month brings us into the new decade of 2020 and one year closer to 2030. The year 2030 is significant for many reasons, including the AIA 2030 Commitment which Payette has been reporting predicted operational energy for eight years, with the goal of reaching carbon-neutral operations by 2030.

The year 2030 is also a significant because according to the 2018 United Nation’s IPCC (Intergovernmental Panel on Climate Change) if we are to meet the Paris Agreement target of only raising global temperatures by 1.5°C, we need to drastically cut carbon emissions by 2030.  If you haven’t read it or the recently published Emissions Gap Report by the UN Environment Programme, spoiler alert – it’s rather depressing. However, as architects, it is important we have a general understanding of the key takeaways.

1. The IPCC report has found we have already raised the average global temperature 1°C.

3. According to the IPCC report, at the current emissions rate we are anticipated to reach a 1.5°C global temperature increase between 2030 and 2052.

5. Climate activist Greta Thunberg and other climate groups are recommending a 65% reduction by 2030 and net zero emissions by 2040 in order to have a 67% confidence interval to peak at 1.5°C. 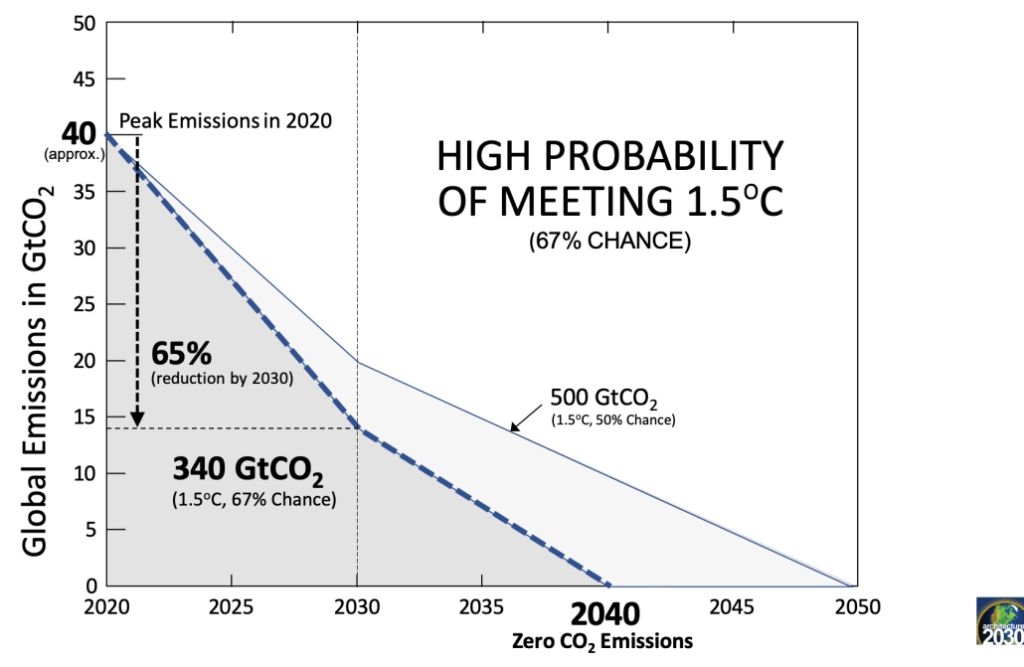 6. The UN report this month states that meeting the Paris Climate targets would still result in a 3.2°C (66% chance) temperature rise. While overall the world is meeting their Paris targets a number of countries, including the United States, are not.

7. To stay below 1.5°C temperature rise, countries need to reduce their Paris targets by five-fold starting in 2020. G20 countries account for 78% of global emissions, with the United States being the largest per capita emitter.

8. The recent UN report has specific recommendations by country, and for the United States this includes switching to 100% carbon free electricity, clean building standards and 100% electrify all new buildings by 2030, and carbon pricing to reduce industrial emissions.

9. Globally, according to the UN, buildings contribute to 40% of carbon emissions with building operations representing 28% of total emissions and core and shell embodied carbon representing 11%. 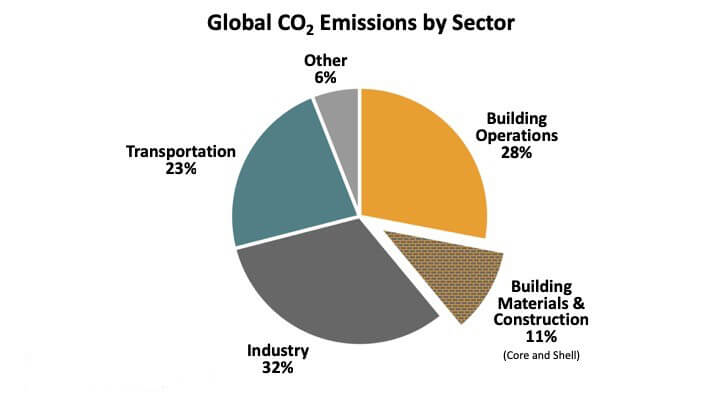 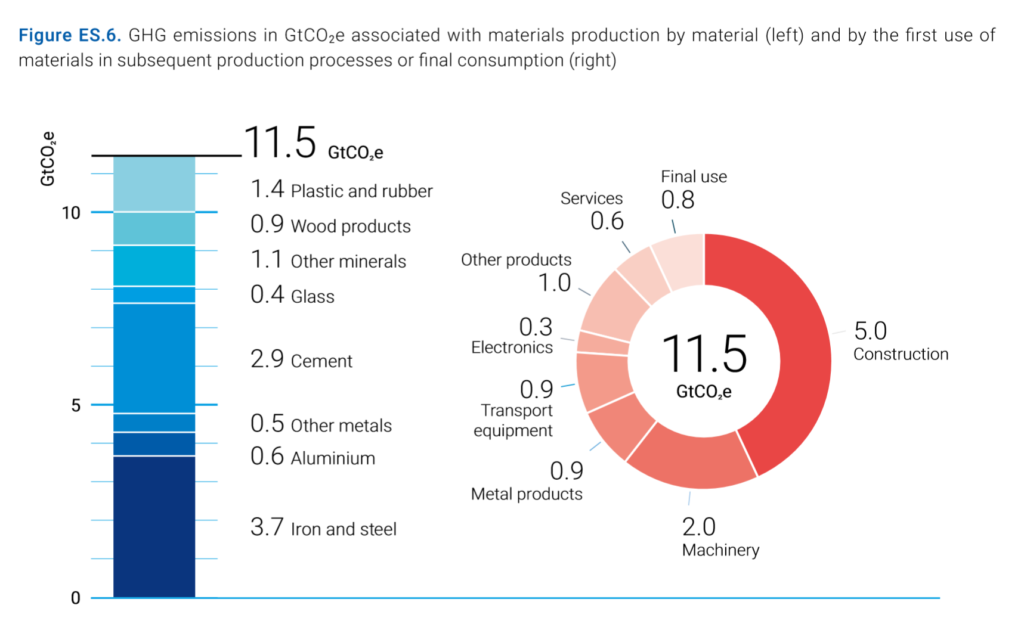 When you combine the impact of operational and embodied carbon emissions of the building sector, they represent the largest single emitter of carbon. As architects and stewards of the built environment, it is our imperative to dramatically reduce this.