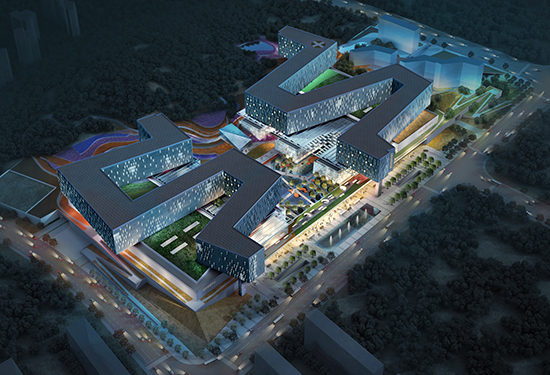 From the original design competition concept for the Fifth XiangYa Hospital, we maintained a vision that each patient room had its own window box where the patient’s families could sit, read and connect to the outdoors.

We also imagined that these window boxes would be expressed on the exterior façade, adding character to the building and creating the sensation of a sheltered environment while sitting within the box. 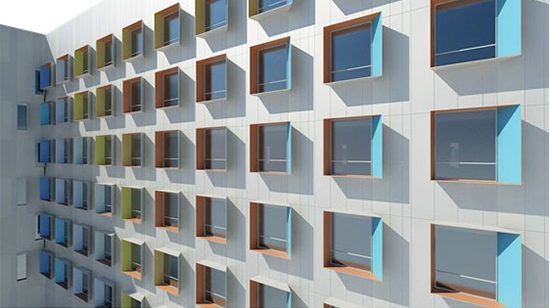 In addition to the design value, more importantly, we believed the window boxes to have a beneficial environmental and energy use impact. With our proposed scheme, dubbed “dragon scale scheme”, the window boxes blocked the direct sun while letting in the softer light of the north. To prove this concept, we decided to conduct a rigorous analysis of several options, demonstrating the consequences of reducing the shade. 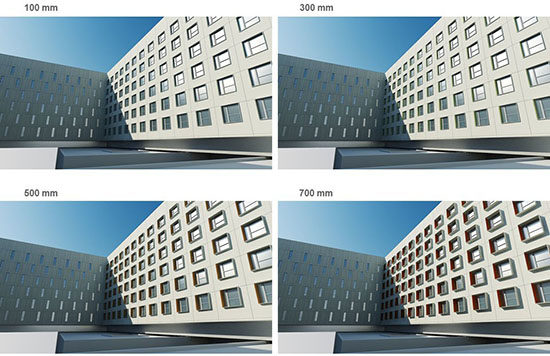 In addition, we studied at a strategy that blocked only the direct sun while allowing the softer light of the north to filter into the room.

To support our options study, we drew on a full arsenal of metrics that allow us to understand building performance and many of the options we studied fell fall into two important categories: monetary cost savings and occupant experience. For the patient room window boxes, we picked four of these metrics that we knew were affected by shade: 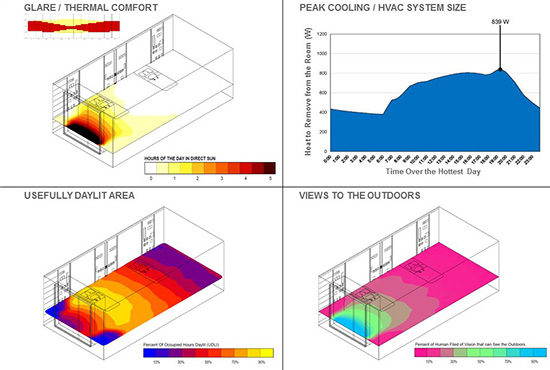 Unless you are close the equator, shading is usually not a very effective way to save energy.  This is because whatever benefit you gain by reducing cooling energy is usually offset by an equal increase in heating energy.  As a result, shading has a negligible energy impact in a climate like Boston’s and, if one is not careful, shade can even increase your energy use. However, no matter where you are in the world, shade will usually have a large effect on the peak cooling load, which still drives the overall size and cost of HVAC systems as far north as Boston. To show the monetary value of the window boxes, we ran energy models of patient rooms through the hottest day in XiangYa. The models were able to show us a gradual reduction in the peak cooling with shade.

We also ran several direct sun studies, which showed the potential for glare experienced by people in the window box as well as issues of thermal comfort that arise when sun hits occupants directly.

To put this criteria in understandable terms, we measured results in the number of hours of the typical day when interior blinds would be down to keep people comfortable in the box. Blinds that are down mean no visual connection to the outdoors and no daylight.

Altogether, the shade on the window boxes had the ability to reduce the HVAC size of the patient rooms by 10% and increase the comfortable hours in the window box by an additional two hours per day. 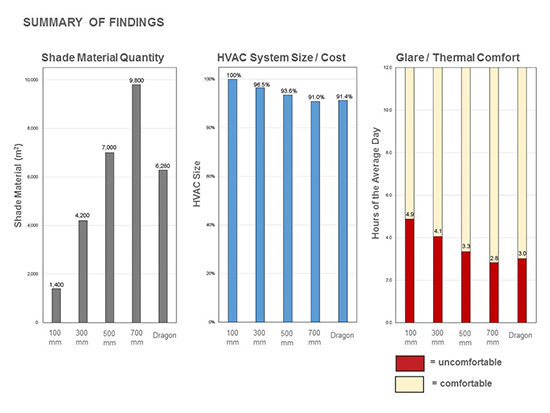 The study showed our design team that the dragon scale scheme would give us the same HVAC size reduction and an additional two hours of comfortable use per day, while also reducing the material of the heavily shaded case by 1/3. We are now moving forward with our dragon scale scheme and continuing to refine the details of the façade geometry.