This is part four of a series by Andrea Love, Ron Blanchard, Luke Laverty, and Michael Mandeville on fume hood energy usage. We appreciate the input we received from mechanical engineers on their opinions of and processes regarding fume hood diversity factors.

Science is great. The people who learn about or advance science in their field are great. Fume hoods protect those people. Therefore, fume hoods are great.

When designing laboratories and research spaces, it’s vital to take fume hood diversity into account – how the fume hoods will be used and how this will fit into the building’s capabilities. Fume hoods pull a large amount of air through them, which also needs to be cooled or heated and, therefore, they use a large amount of energy to protect students and researchers. Due to the coursework or research conducted within the building, some buildings have many fume hoods. For example, the Princeton University Frick Chemistry Building has more than 360 hoods. The odds of every fume hood in this building being used at one time are very low; however, it’s critical for a design team to determine how many hoods are likely to be used in a building, and how it influences design decisions.

Air handling units (AHUs) are sized for the maximum air capacity requirement of their building, and fume hoods have a significant impact on this AHU sizing. If we know or confidently expect less than every fume hood in a building will be used simultaneously, we can start to decrease the size of the building’s AHUs. This may mean a more efficient AHU by running closer to its capacity, a smaller penthouse or more open floor space and smaller ductwork and shafts. 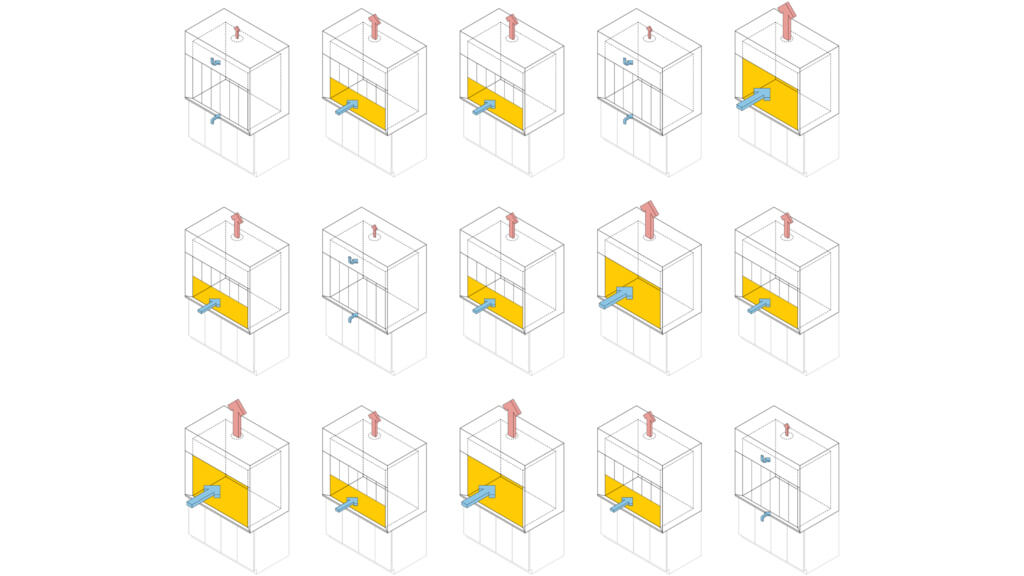 Fume hoods can be fully-open, partially-open, or closed at any time; and each setting pulls different amounts of air through the hood. If we are to accurately estimate how much air is pulled through the building at one time, we must consider if and when the hoods are open, closed, or partially-open. Estimating this usage results in a fume hood diversity factor, a number representing the percentage of the building’s total peak air flow used at one time (e.g. 65% diversity, as opposed to 100% diversity or total air usage).

It’s imperative to work with the researchers and organization’s Environmental Health and Safety (EH&S) group to understand a realistic hood utilization while not limiting the addition of future hoods or research capabilities and, most importantly, keeping everyone safe. Typically to be conservative, diversity factors were either not calculated or simply assumed every hood would be fully-open simultaneously (100% diversity). While this may seem unrealistic and overly-conservative, diversity factors are extremely project-specific; consider a building with only a few heavily-used fume hoods or a teaching lab where typically every hood is simultaneously on as every student works on the same experiment during class. On the other hand, consider a large fume hood-intensive (such as chemistry or biology) building with research labs utilized at different times throughout the day where a lower utilization is likely. 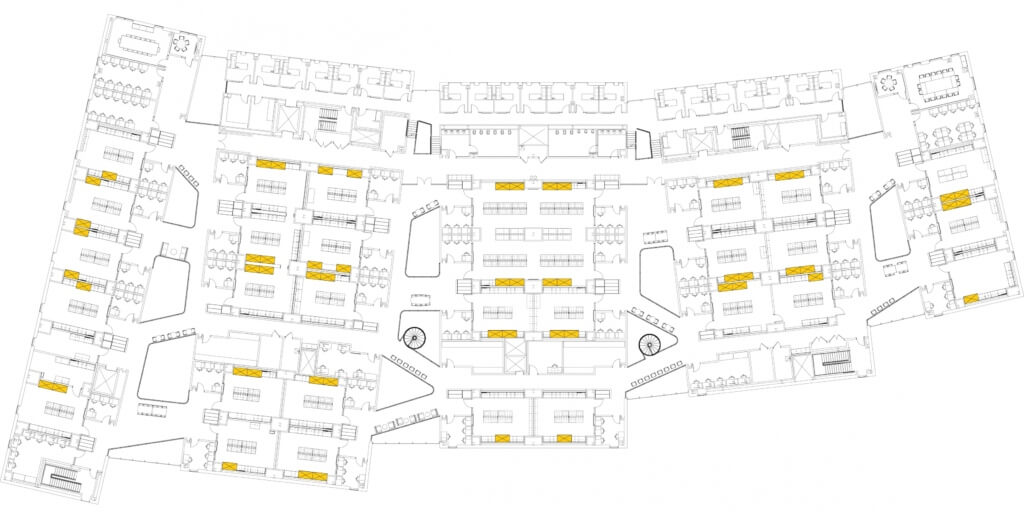 While a typical diversity factor is between 65 and 75%, and can get down to 40% and below, each project must consider calculating its own specific fume hood diversity factor, not relying on other projects or rules-of-thumb. This is because of the very-project-specific variables affecting (and limitations created by) diversity factors: 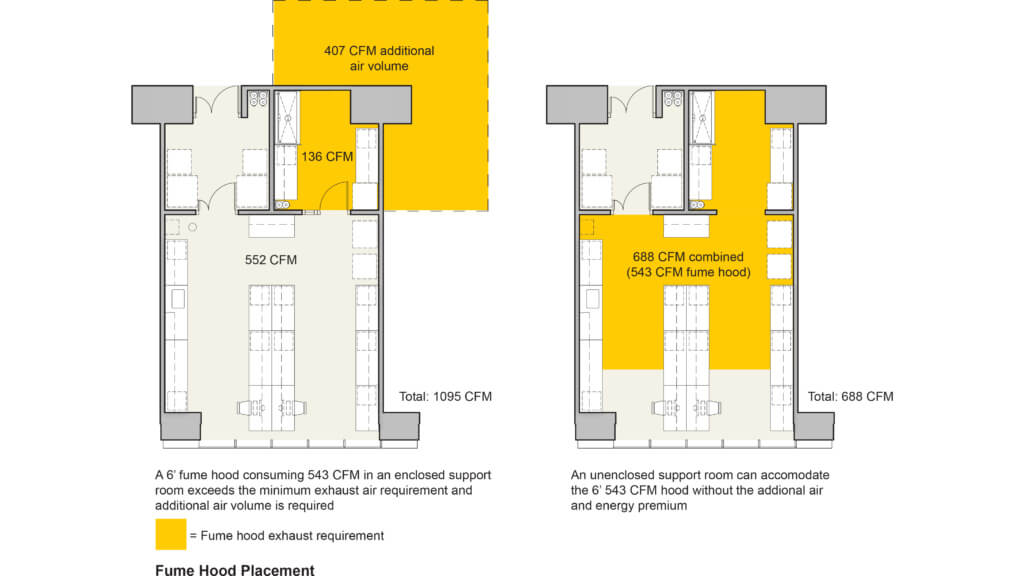 Sometimes, fume hoods can act as general room ventilation, but when placed in a small room or with too many hoods in one room, they pull more air than the room requires and use more energy.

Even if a project’s diversity factor is 100%, assuming every hood is fully-open simultaneously, there still is a significant benefit to the project by understanding the building’s capabilities and how it will be used. We advocate each project work with their engineering and owner teams to evaluate its fume hood diversity factor to the benefit of your project and our practice.

The final part of this series will look at top questions to ask your engineer, lab user and owner EH&S teams to work together to reduce lab energy use.

Related Links:
Low Flow is the New Norm: Part 1
How Low can You Go?: Part 2
Shut the Sash: Part 3