In an ever-evolving profession, our advancing staff enriches the work and culture at Payette while cultivating the talent, creativity and growth among the very project teams they make up. Today we celebrate Jeff DeGregorio’s promotion to Principal.

Jeff initially joined Payette as an intern during three consecutive summers. He joined the firm for good in 1998 and since that time has led some of the firm’s largest and most complex academic research projects for MIT, Harvard University and Cornell University. Recently, Jeff led the programmatic master plan and design of over 680,000 SF of fit-out for a ground up graduate university focused on innovation, entrepreneurship and engineering research.

In addition, Jeff has been an integral member of numerous award-winning architectural projects particularly focused on adaptive reuse including both Cornell University’s Kimball Hall Renovation and Harvard University’s Sherman Fairchild Renovation, which were recognized as the Renovated Lab of the Year projects. Jeff has proven to possess a rare balance of design management, mentoring and prototypical design thinking, which he has applied to both high technology projects at a large scale and carefully crafted small projects.

Jeff is particularly focused on the intersection of education and architecture. During his early years at Payette, Jeff developed the firm’s young designer educational program which ultimately earned Payette the AIA IDP Firm of the Year Award in 2002. Since that time Jeff remains invested in working with young staff to further their understanding of how buildings are made and the potential for innovation that exists within every moment. Jeff also won the AIA Young Architect’s Award in 2005.

Here, Jeff shares a bit about himself. 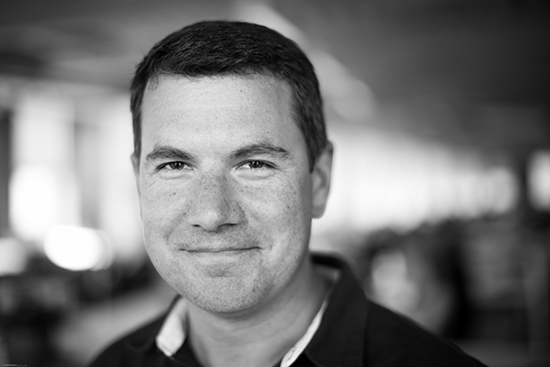 Why do you do what you do?
I love the complexity of our projects. The design challenges eat at you constantly as ideas are generated. These challenges are often defined by absolutely brilliant people that are trying to solve some of Earth’s greatest challenges. If not careful all of these things will completely consume all of a team’s energy. However, if the goals of the project can be achieved in some radical new way it is an amazing experience and will energize you for the next one.

What are you most excited about in regards to your new role at Payette?
I have been a part of Payette ever since I was still at Syracuse University School of Architecture. During that time I have been guided and mentored by some truly wonderful people. My hope is that I can return this favor to multiple generations of architects and maintain this tradition within the practice.

What’s on your playlist?
Music has always been a huge part of my life – it was almost my career! I first learned to play the piano at my grandparents as a small kid. As a result, my playlist is full of a wide variety of music…Rachmaninoff, Rush, Joe Satriani, Miles Davis, Mumford & Sons, almost anything.

The sky is the limit: what would you redesign?
Probably elements of almost every project that I have been a part of. There are so many wonderful aspects of past projects, but there are always those details that just nag at you.

What do you do in your free time?
Play piano, dig in the garden, freeze at the hockey rink watching my kids, attempt to fix things around the house – sometime successful / sometimes unsuccessful and we have to call in the professionals!

What inspires you?
Our projects take a long time and are full of challenges each day of a project. However, at the end of the project there is nothing better than walking into a building right after it opens and just watching people move through the spaces. It is almost surreal watching it fill with people and activity. There is no other feeling quite like it. It is at that moment that the project is mentally handed over to the owner and you are energized to tackle the next design.

Congratulations Jeff – Delighted to hear this.