On May 3, 2013, Robert Pasersky and I had the pleasure of attending the Topping Out ceremony for the Environment Hall project at Duke University, the new home for the Nicholas School of the Environment.

The practice of celebrating Topping Out a building under construction began in ancient history when it was believed that the success or failure of man’s building venture was usually attributed to the gods he worshipped rather than the skill of the people constructing the building. To appease the gods, a sacrifice would be offered by the builders to exorcise the evil spirits who might have taken up residence in the building’s framework during construction. The sacrifices would range from sheaves of corn, to livestock, or even human sacrifice, depending on the intended use of the building.

In later times, it was customary to fasten feed corn to the gables. The corn was believed to serve as food for Woden’s horse and as a charm against lightning. This led to garlands of flowers that were later duplicated in wood, stone or terra cotta on Gothic buildings.

Around 700 A.D., the practice in the Scandinavian countries was for all the neighbors to aid in the construction work up to and including the installation of the building’s ridgepole. When the ridgepole was finally in place, an evergreen tree was attached to it as a signal for the beginning of a completion party. The tree would remain in place until all construction was complete. The tree was thought to bless the building and bring good luck to all.

At the Duke University Topping Out the team enjoyed a nice taste of southern hospitality, which included barbecue ribs, sweet tea and customized t-shirts (courtesy of contractor Lend Lease). The event celebrated the concrete and steel frame reaching the roof, where a signed beam was lifted into place, along with two different Christmas trees, the “Stars and Stripes,” and a sacrificial plate of southern barbecue. All true, except for the last item … Who’d want to waste some perfectly good food?  It was nice to see the project at this key point, when a lot of the details are still being worked out, but the completion of the structure really starts to convey a sense of the spatial qualities. Even more impressive was to sit and share a meal with the hundreds of the people who are building the project. It made me feel grateful for having the chance to watch our design become a building, and thankful to all of the folks who have helped it reach this milestone. 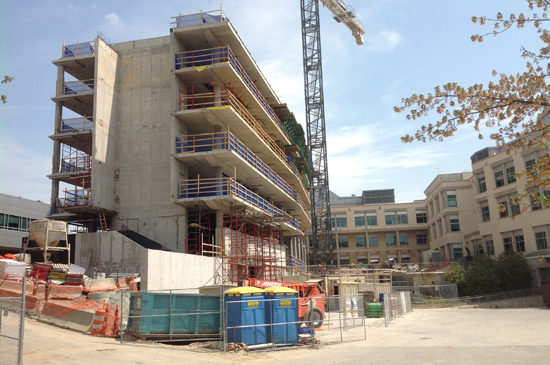 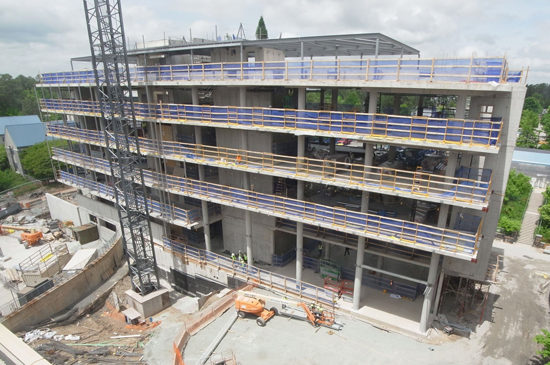 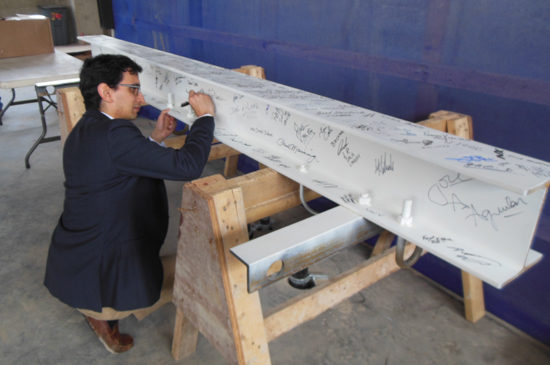 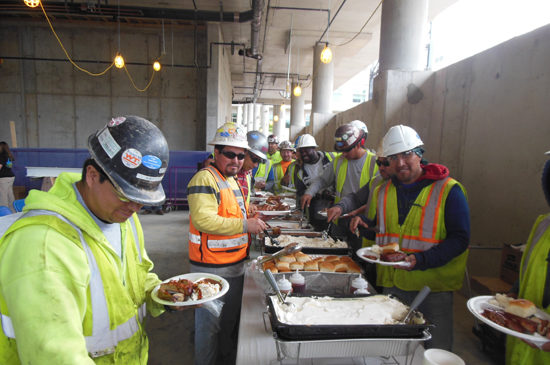 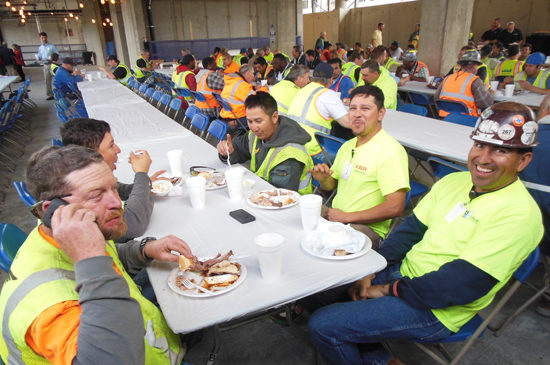 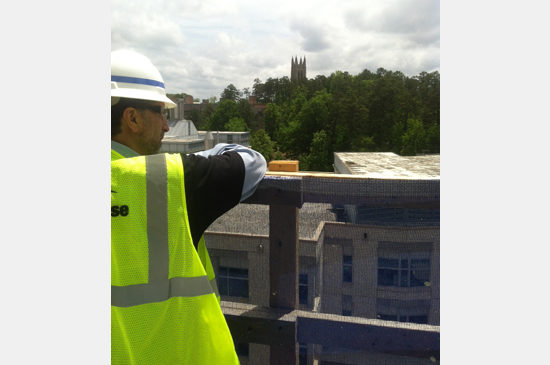 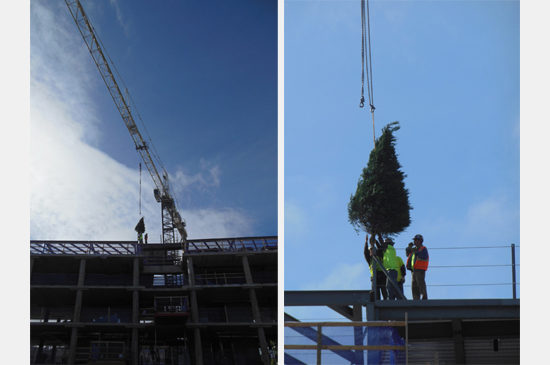