Since the emergency department could not have windows facing the street, Payette created an ‘urban forest’ around the base created by mixing patterns and textures. The engineered fiber optic lighting system embedded in the curtainwall provides a different and equally alluring presence at night. 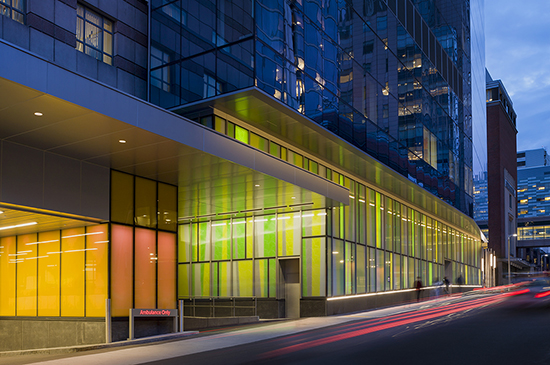 Above the ambulance entry way, a Luxalon linear ceiling system imbedded with LED lighting was installed. According to SNAP, this creates a ‘vital, even futuristic, transition down to the drop-off point.’ And the covered walkway leads patients and staff up the hill to a new pocket park. 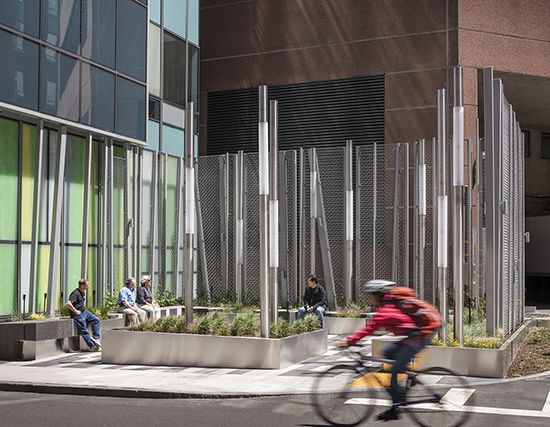 The SNAP ‘Curb Appeal’ article also features the Astoria Primary Care Clinic and Gates Vascular Institute. The digital version of the full article can be found at the Architectural Record website. Please note that a subscription is required.

📸 Robert Benson Photography @robertbensonphoto
@payettepeople 19 hours ago
Now over a year into construction, the @CapeCodComCol Frank and Maureen Wilkens Science and Engineering Center is a… https://t.co/6p5YuOqLUU
@payettepeople 26 Aug
RT @FastCompany: Massachusetts’ Gateway Cities were industrial hubs that declined in the mid-20th century. But a series of government-led i…
@payettepeople 26 Aug