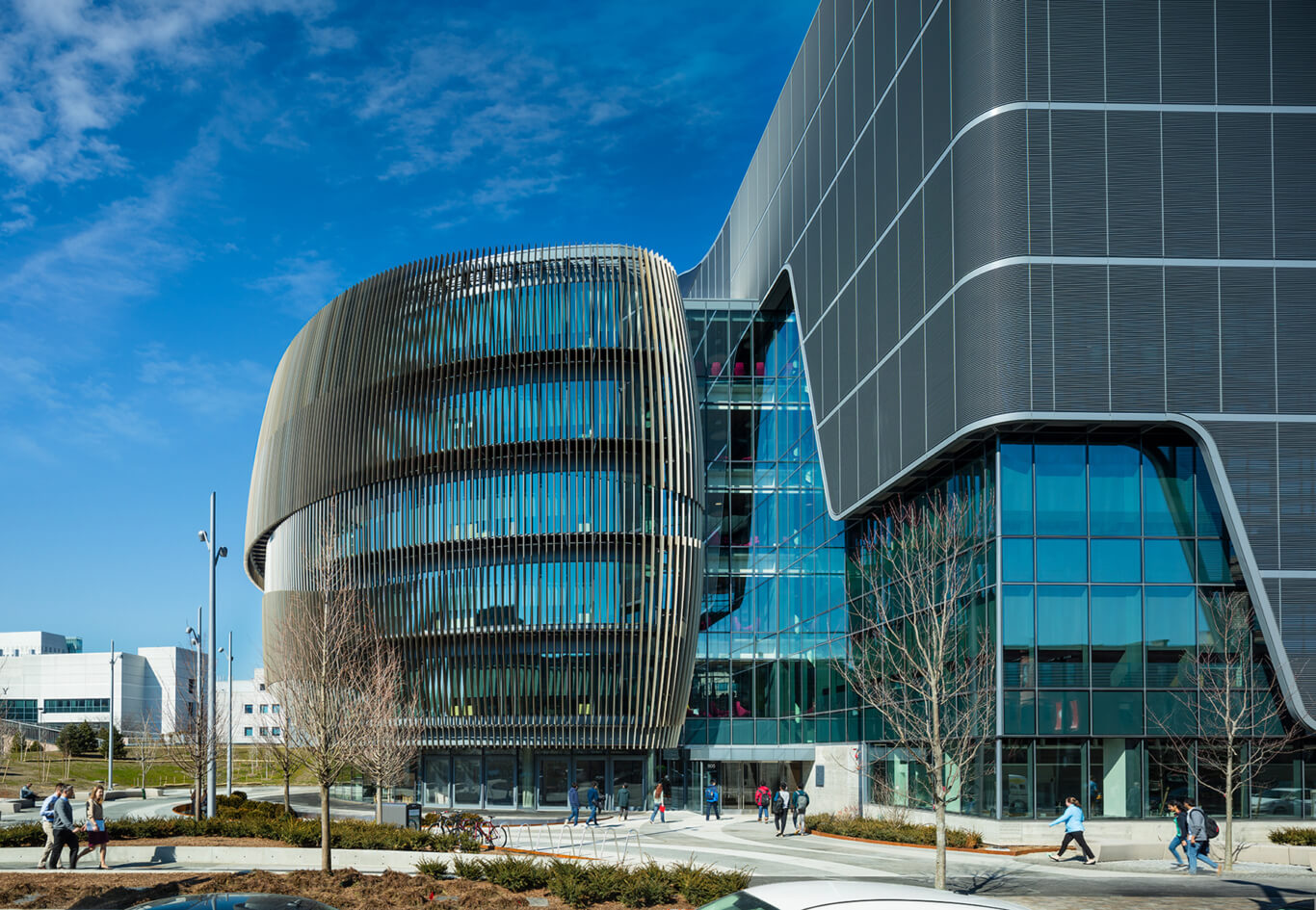 The US Green Building Council Massachusetts Chapter is a Boston-based non-profit looking to advance the sustainability of the built environment. Each year, they put on the Green Building Showcase (GBS) to celebrate industry success and. At GBS ‘18, community members celebrate the best efforts, designs, and products in the Commonwealth. Attendees included architects, engineers, contractors, developers, owners, facility managers, building users, lenders, suppliers and others who play a role in designing, operating and constructing the built environment. The People’s Choice Award was determined by attendee vote at the showcase.

Constructed on an urban brownfield site consisting of an existing surface parking lot set between two garages, the ISEC represents the completion of the first phase of the newly planned 660,000 SF academic precinct. Dynamic movement systems permeate the project, expand a campus and bridge two Boston neighborhoods. This cutting-edge research facility defines a new academic and social hub for students and allows Northeastern University to compete as a premier research institution.

Aggressive targets and an integrated approach to sustainability were embedded in the project from the planning stages throughout the design process, impacting everything from the programmatic organization of the building to the design of the building enclosure, including its signature “solar veil.” A parametric model was developed alongside custom compositing software to allow the team to perform iterative simulations accurately predicting solar performance of the screen, optimizing the profile, form and performance of the sunshade system. This workflow was used to tune the system performance feeding directly into the building energy model, allowing the engineers to correctly size equipment, which provided 33% energy savings over code.

A cascade air system supplies air to offices cooled though a chilled beam system. Air is drawn from offices through the atrium where it is recycled through the lab supply, feeding the high energy research spaces. This results in a highly controlled laboratory space that minimizes variable solar and thermal loads. Daylight and occupancy sensors, coupled with LED lighting, minimize lighting energy usage, while large skylights provide controlled daylight to the labs. Low energy office space is oriented toward the south and west exposure and is shaded from the sun by a system of curved bronze sunshades attached to a triple glazed, unitized curtain wall.