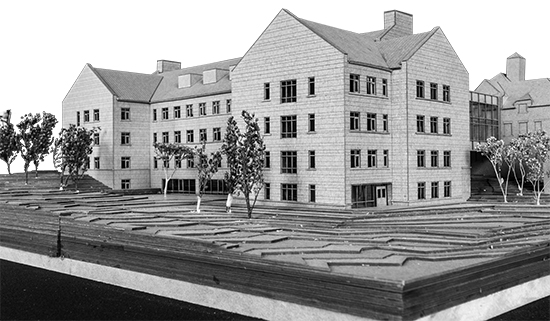 The North Building is one of two additions being made to the Williams College Science Center as part of the 175,000 GSF Science Center replacement and expansion project. It will be the second phase of the project [Phase 1: Expanding Interdisciplinary Research at Williams College]. The design team has just completed the schematic design phase and the building is expected to start construction in the summer of 2018. 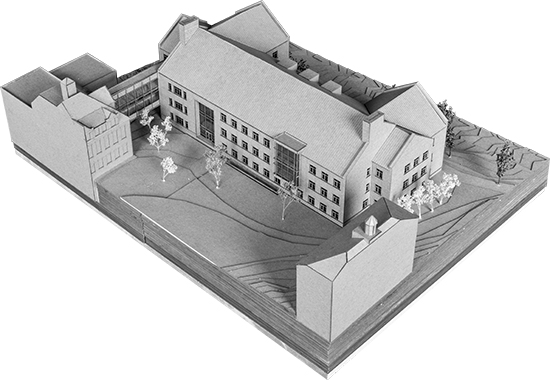 This academic building houses the Mathematics and Statistics department, the Psychology department, and the Geoscience department in addition to several classrooms and a 200-person auditorium. In contrast to the south building addition, the north building creates distinct zoning for each department and its social spaces to further build their individual identities, and then links them to one another.

As with the south building, we utilized this addition to enhance the exterior spaces of the College through the siting and massing of the building. The east edge of the building is placed such that it establishes the west edge of the Science Quad, bringing the existing Clark Building fully back into the quad and opening the corners of the quad to create clear thresholds from the neighborhood into the campus. On the west side of the building, we designed two wings to form a courtyard space along the street. This courtyard houses a stepped outdoor classroom, thereby expanding the functions of the building to the exterior, and serves as another transition space between the neighborhood and the College.

Similarly, the building itself is also a threshold between College and neighborhood. The entry lobby is a multi-story social space that links the Quad entry level to the Hoxsey Street level as well as to the departments above and the classrooms below. It also serves as a lateral connection between the Geoscience department, which is housed on all five stories of the south wing of the building, and the departments in the northern portion of the building.

Working closely with the three departments, we established a unique social space for each discipline to create the identity of the individual departments. For Mathematics and Statistics and for Psychology, this heart space is embedded in the center of their faculty office floors on levels 2 and 3, and serves as a collaboration space for both students and faculty. This expresses itself on the exterior with a two and a half-story bay window facing onto the Science Quad. For Geoscience, an entry lobby specific to the department is created on the south side of the building with associated seminar and student spaces.

In creating a series of relationships with the adjacent buildings on the quad, the building massing is composed of pitched roofs and gable end walls. The exterior of the building will be clad in a grey stone similar to the Morgan Hall building on the east edge of the quad. The expressiveness of the walls of the building will be further articulated through the use of deep set wooden windows, recessed fully glazed entries, sills and other wall protrusions, and undulations within the stone rain screen cladding. 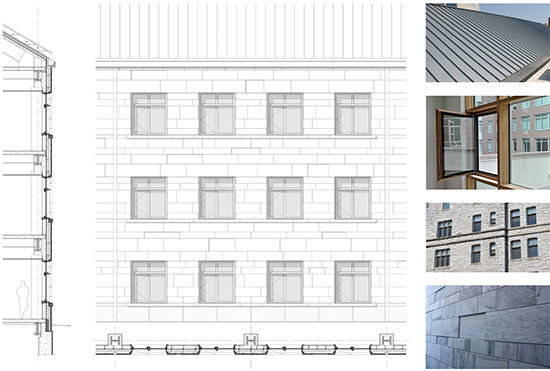 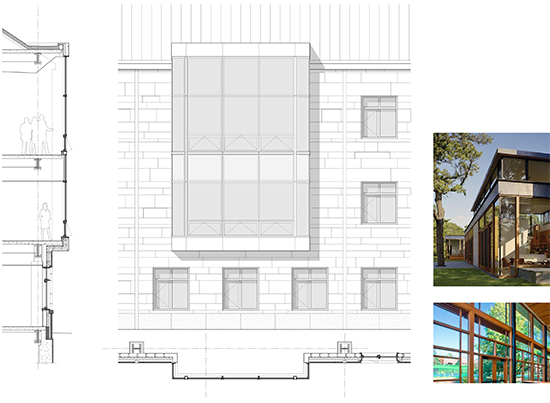