Art is an important component within many of Payette’s projects. While some pieces feature large-scale installations by established artists, others are commissioned through an “open call” format that provides emerging artists with the opportunity to have their work funded as an integral component of a significant building project. In all instances, we work in tandem with the client and artist to ensure that the art and the architecture complement and highlight each other. The following are a few examples of art within our projects. 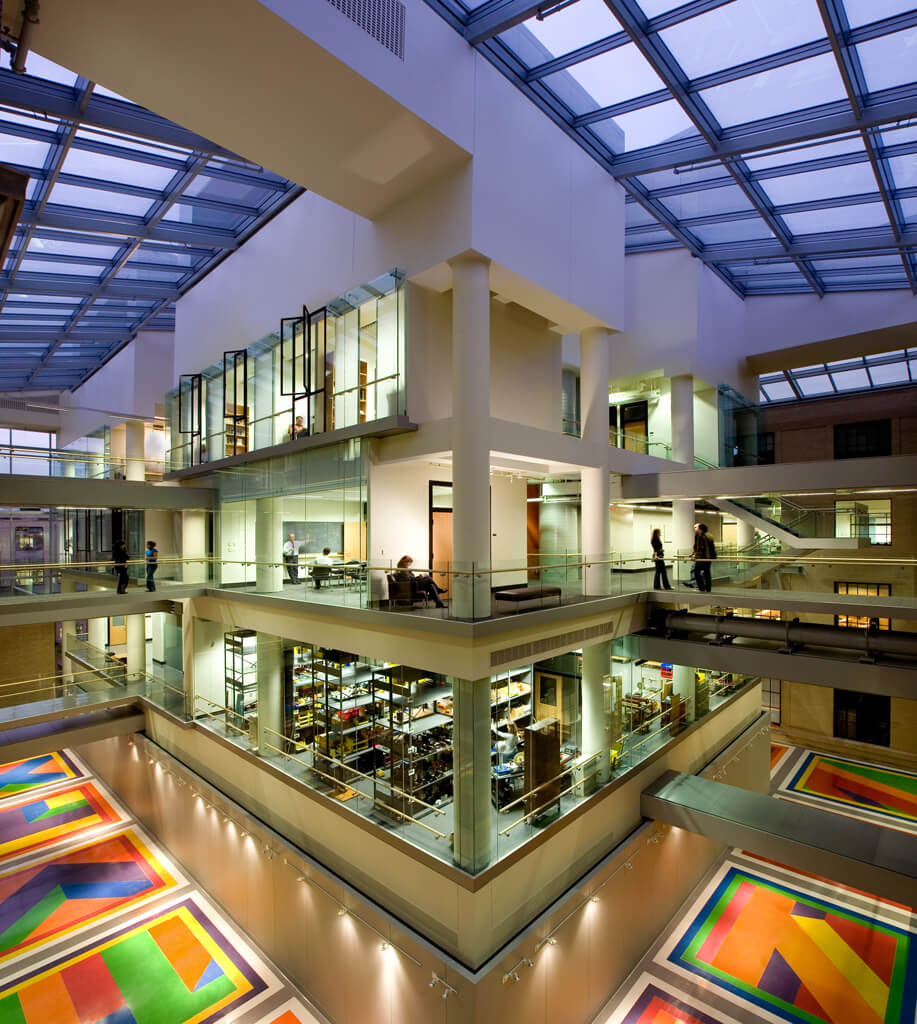 The visual focus of this installation is the 7,000 SF artwork by renowned American conceptual artist Sol LeWitt (1928-2007), permanently installed on the U-shaped atrium floor of the courtyard infill. Bars of Color Within Squares, commissioned through MIT’s ongoing Percent-for-Art program, consists of squares of vibrantly colored shapes that are reflected in the windows and walls of this dynamic, sky-lit interior space. LeWitt’s bold design consists of 15 large squares of vibrant geometric patterns – set off by bands of white and gray – that shift ambiguously between flatness and illusory depth.

As part of the design process, Payette worked with LeWitt to visualize his concept for the floor and eventually developed the construction drawings that were used to execute the design in glass and epoxy terrazzo. 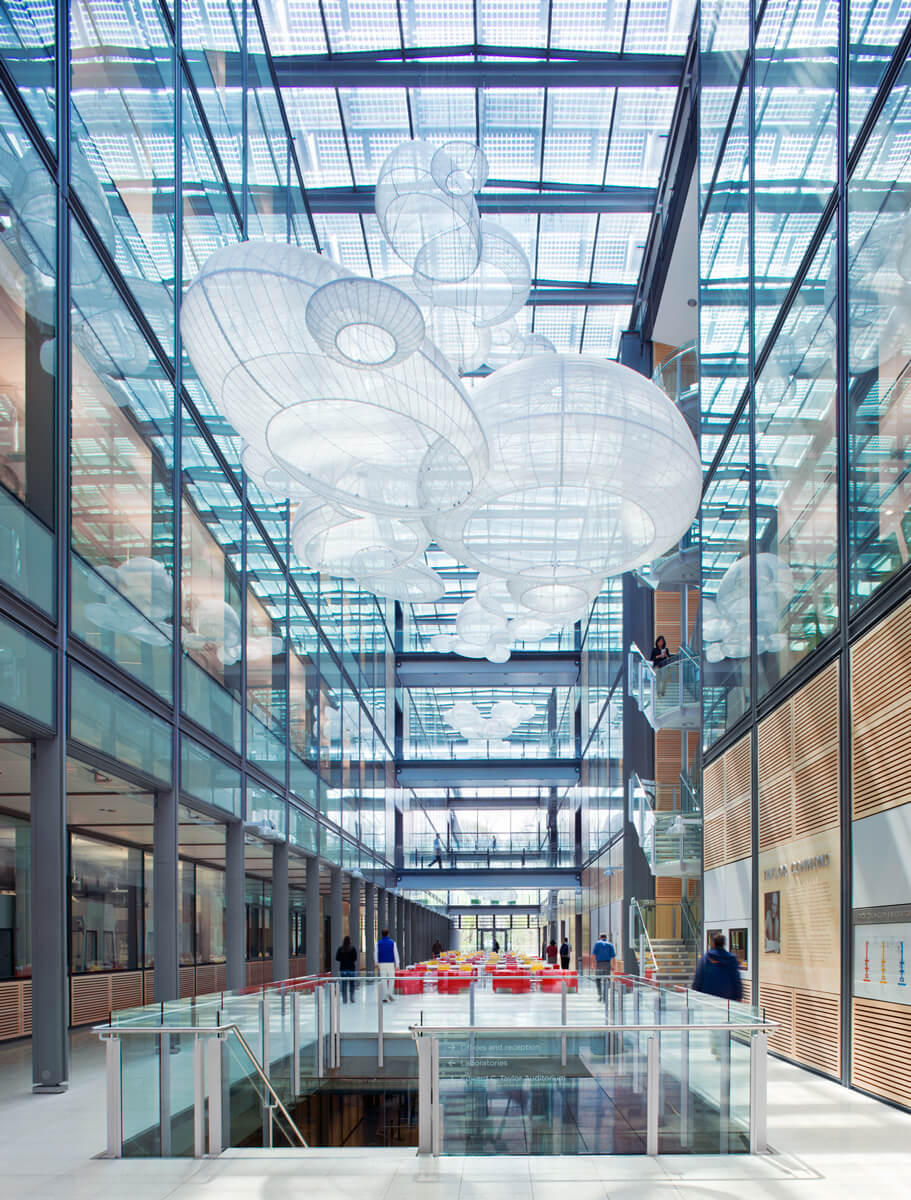 The central feature of the long, sky-lit atrium space is a site-specific sculpture, Resonance by Kendall Buster. The work consists of six groupings of ovoid shaped forms suspended on stainless steel cables that reflect and absorb light.

Given the installation’s size and desired visual effect, Payette carefully coordinated the installation with the project’s structural engineer and lighting designer. This collaborative discussion focused on identifying the optimum suspension points and their anticipated loads while faithfully manifesting Buster’s vision of the lighting effects. The sculptural forms of the installation perfectly complement the light and airy nature of the 75-foot-tall atrium while invoking the science being conducted in the adjacent laboratories. The experience of the installation constantly changes as a function of daylight and one’s viewing position, whether on the atrium’s floor or on one of its multiple open staircases and elevated bridges. 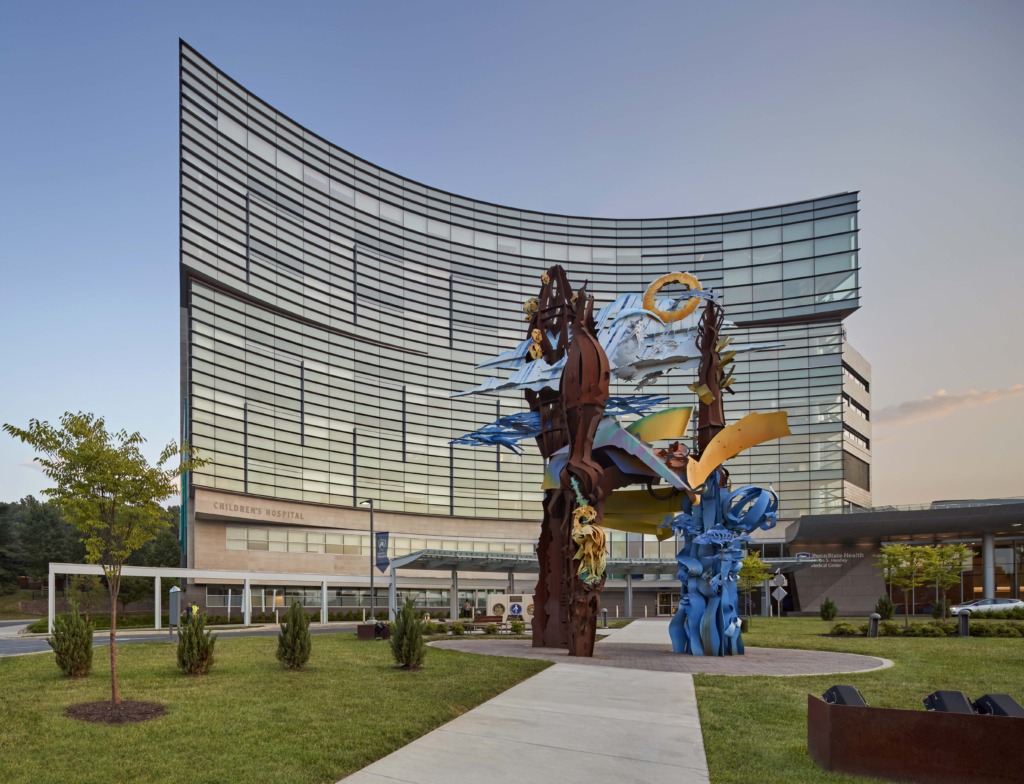 The large, landscaped entry forecourt was an ideal setting for a large art installation. As a public institution, Penn State followed an open procedure for commissioning an artist. Payette was part of the selection committee that eventually chose sculptor Albert Paley, whose site-specific work The Promise now forms the focal point of the Children’s Hospital entry. Payette coordinated and designed the site infrastructure for the installation in a collaborative effort with Paley. 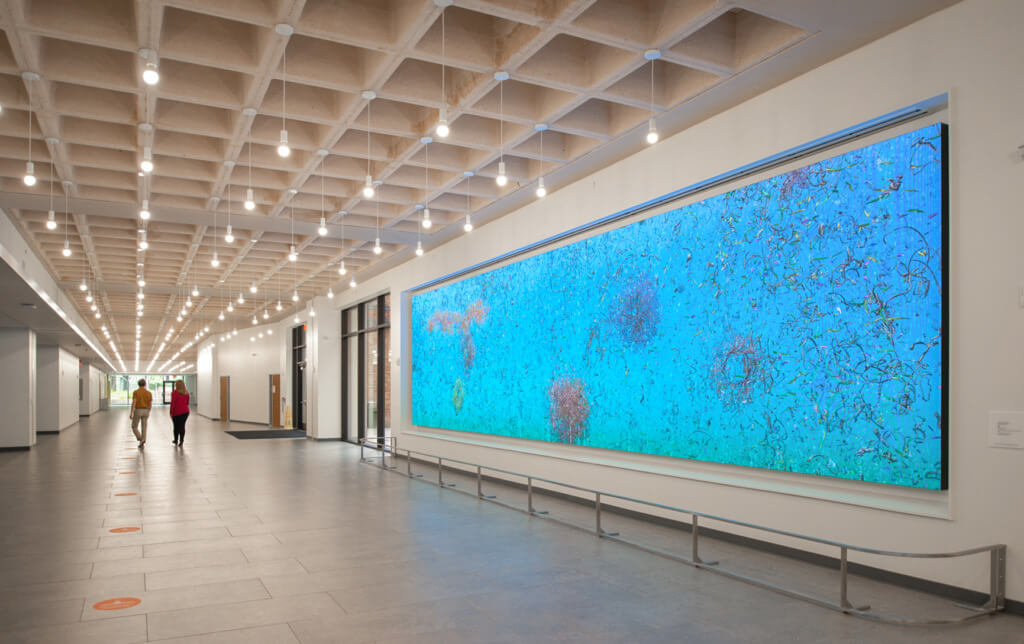 In coordination with the University of Texas Austin’s Landmarks Initiative, Payette collaborated with artist Jennifer Steinkamp, selected through a competitive proposal process, to locate and design the digital art wall. Once the work’s location and general concept were established, Payette facilitated the infrastructure needed to complete the installation. 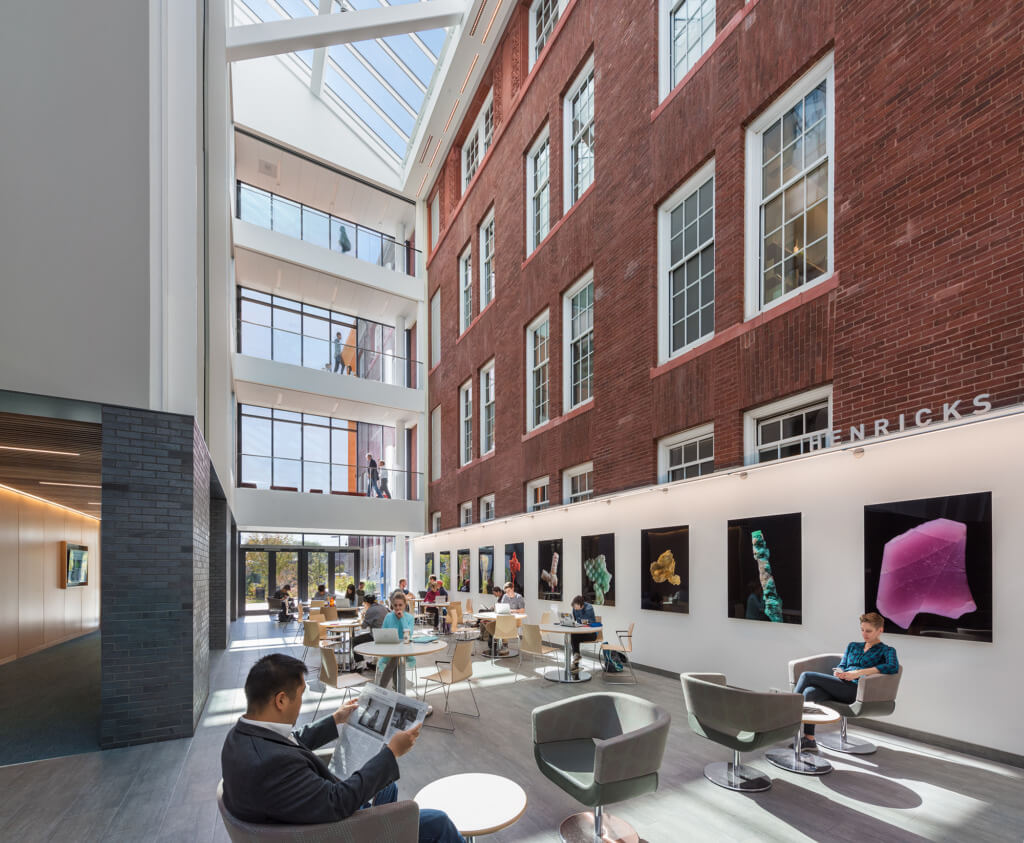 The Science and Engineering Complex is the result of a new strategic infill between two existing buildings. Where construction of the project’s central atrium would have exposed and potentially compromised the original stone foundation, Payette planned and designed a feature art wall. The wall was detailed to museum standards and is curated with science-inspired artwork by both established and emerging Tufts artists. 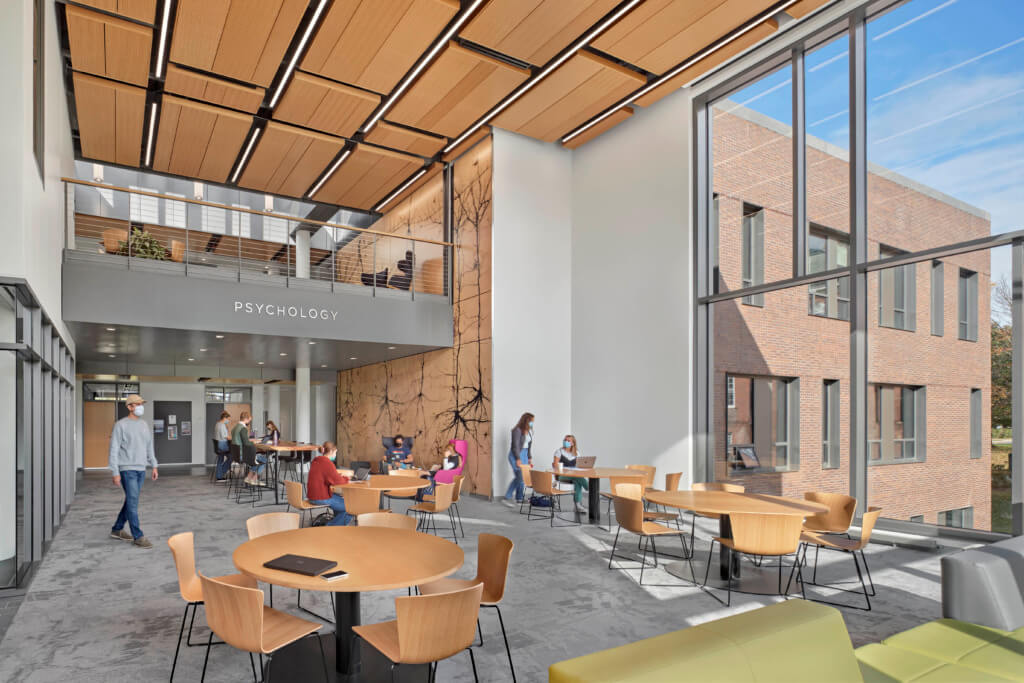 The Williams College Psychology Department identified a work by neuroscientist artist Gregg Dunn, with whom Payette collaborated on the integration of his piece, Gold Cortex II, into the building itself. The artwork is displayed as a two-story high glass panel installation in a central node where the faculty offices are grouped.