For the past 100 years, the core complex of buildings at the MIT PDSI (Physics, Department of Material Sciences Engineering, Spectroscopy, and Infrastructure) has served as its primary, iconic image. This project’s origins lie in the need to renew these historic structures, and to extend their viability for the next 100 years. Beyond simply replacing old infrastructure and finishes, however, this project transforms the geometry of the original buildings while maintaining their outward appearance. 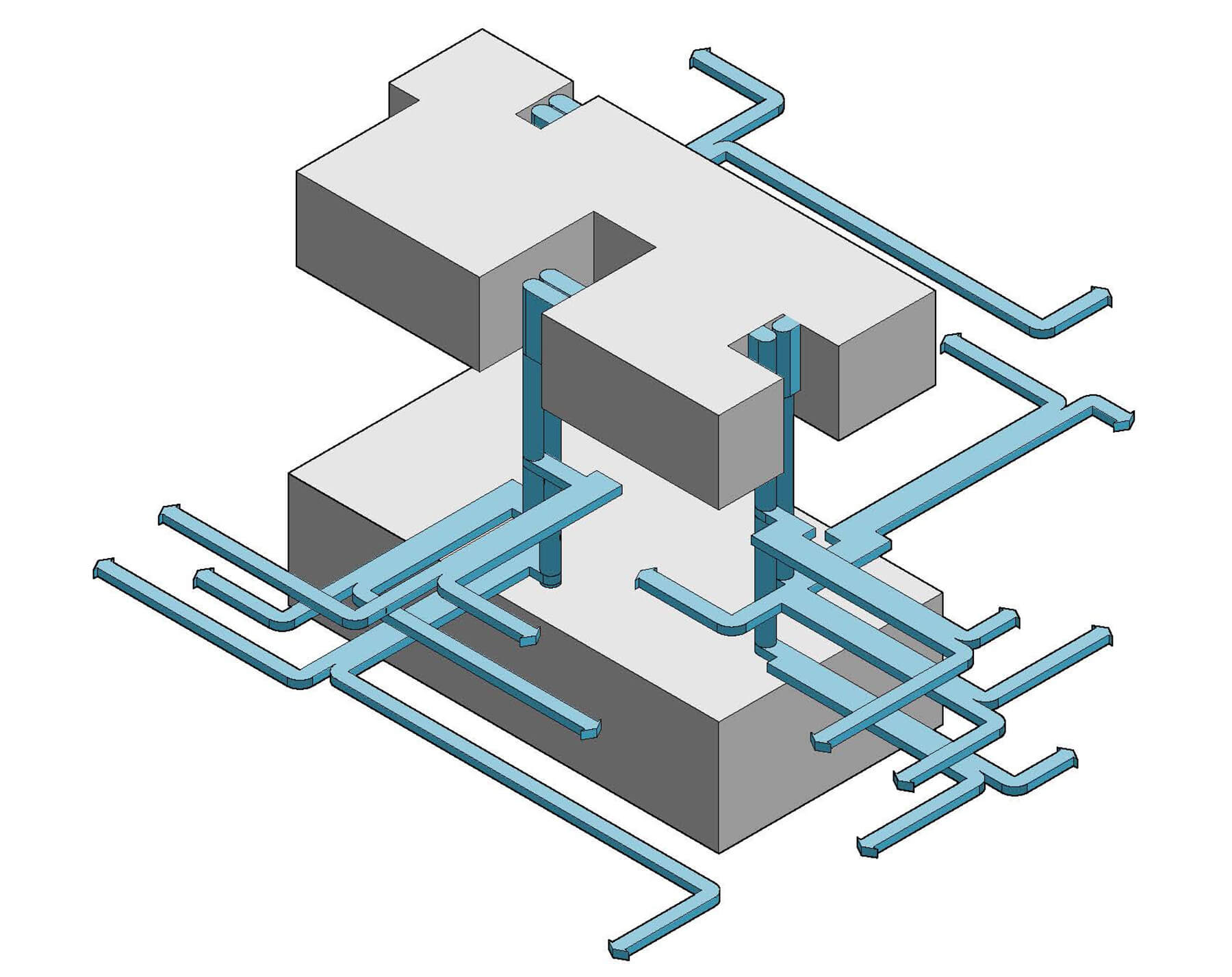 Acknowledging that the existing spaces could not accommodate modern systems, nor should the systems be visible on the roof, the design team developed an innovative approach to phased renovation. The plan delivers new infrastructure to the corridors of the complex while keeping all old systems operational. As individual spaces are renovated, they can “plug in” to the new systems and “unplug” from the old. Once the old systems have been completely abandoned, their spaces can be recaptured as new program areas within these signature buildings.

Within the former courtyard, a new world of opportunities for individual contemplation and group collaboration resides in and around the technical infrastructure. Here, the building’s corridor network—which until now had served the strictly utilitarian purpose of moving people from one place to another in buildings of uncompromisingly uniform and narrow width—is imaginatively transformed. 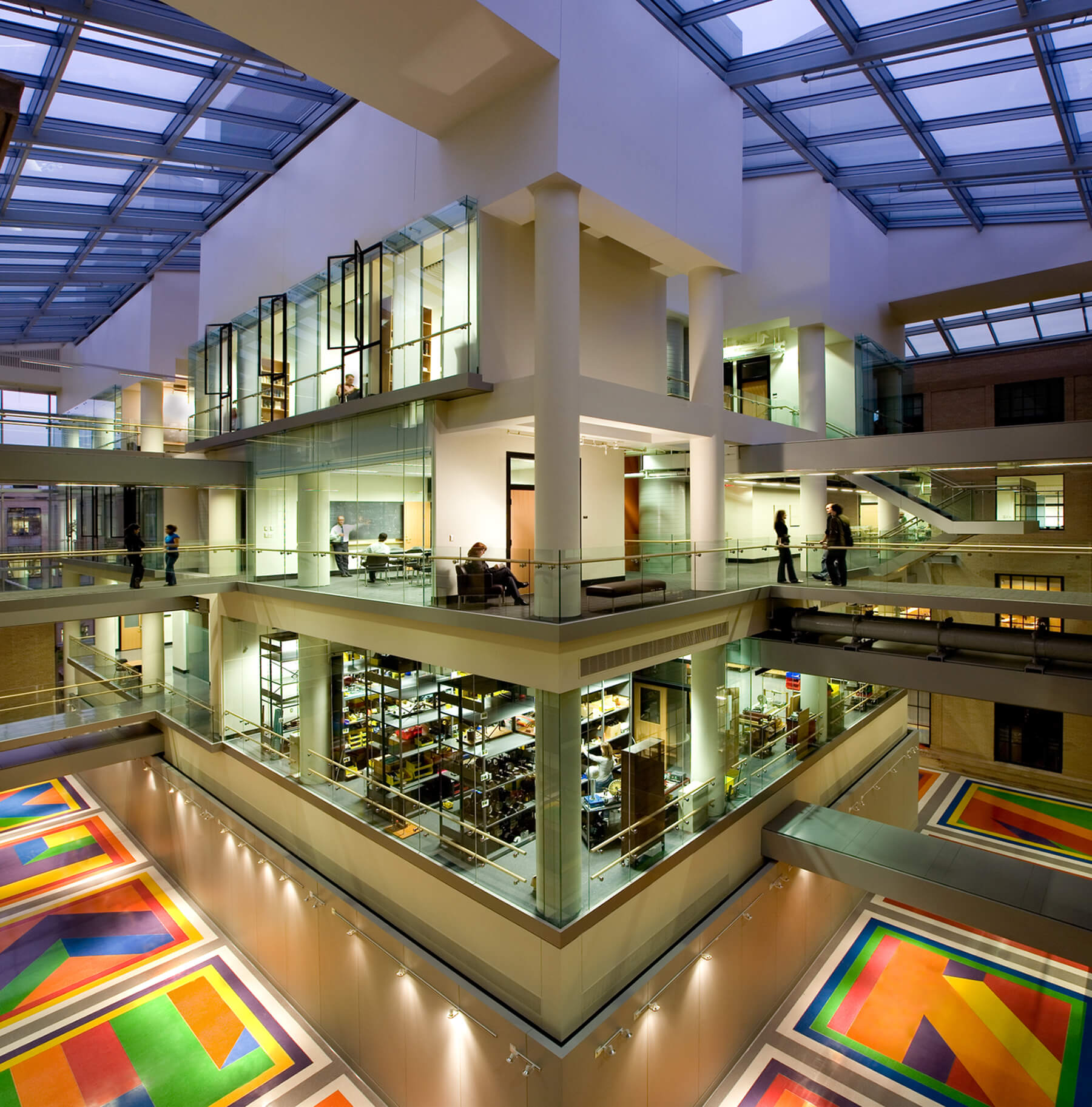 Seemingly suspended above the infrastructure, a system of new platforms and bridges link renovated rooms around the courtyard’s perimeter to new program spaces within its center. Highly transparent facades, thin slab edges and a glass roof work together to preserve the courtyard’s sense of openness and light. Sliding screens within individual offices provide adjustable privacy, critical for the contemplative and isolated study of theoretical physics, and lend a quiet organization to the facades. 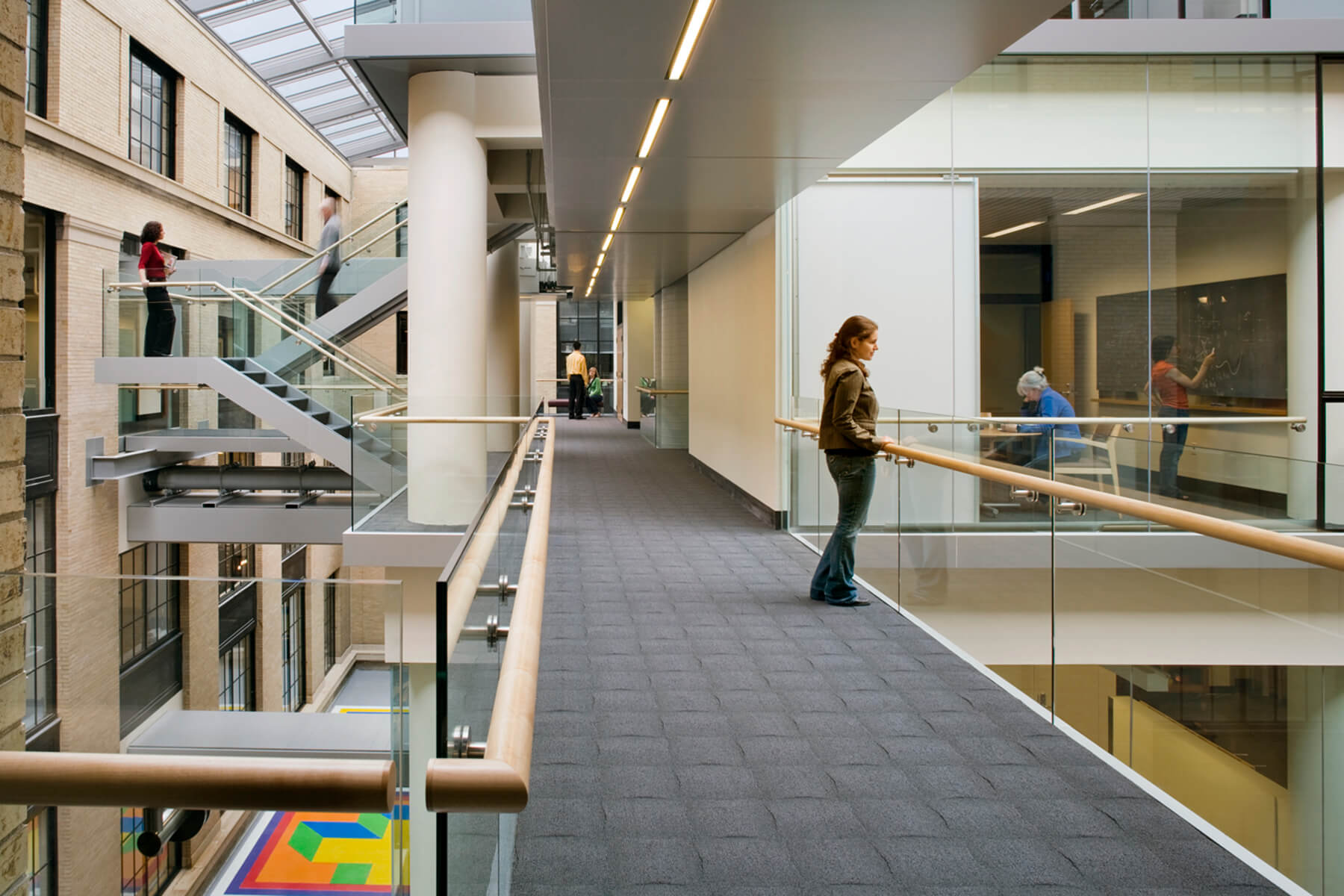 At key intersections within the highly redundant network of horizontal and vertical paths connecting the renovated and new areas of the project, eddies are formed. Intended to encourage casual group discussion, many of these have since been appropriated by faculty as impromptu classrooms.

By linking the existing buildings together via a dramatic infill addition, the project was able to simultaneously create new areas of connected program area while deploying a new network of mechanical, electrical, and telecommunications distribution.