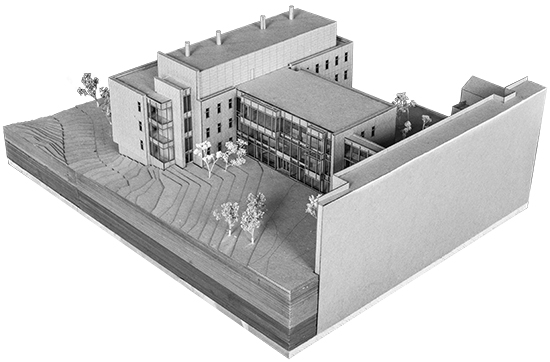 This faculty and undergraduate research building continues a long standing tradition of interdisciplinary research at Williams College. Coming out of Payette’s earlier programming study, this building will house research labs from the physics, biology, and chemistry departments as well as interdepartmental imaging suite, shops and maker space, and flexible labs for future use. 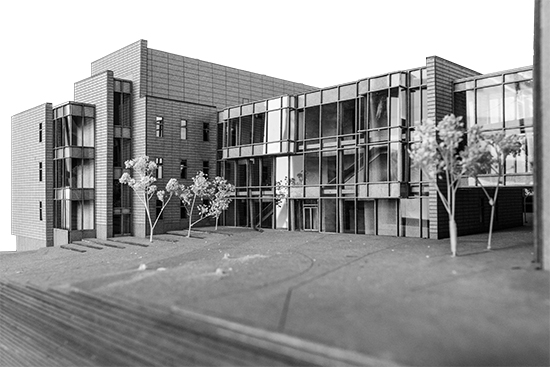 In the design, we sought to capitalize on the latent elements in the site and the program. In placing the building on the site, the adjacent Morley Circle is re-envisioned and transformed from a vehicular turn-around to a pedestrian plaza. This creates an exterior social space that is a unique addition to the College’s campus. Programmatically, we worked closely with the users to the group the research labs in the southern bar of the building. This produces a very efficient lab layout and concentrates the high energy consuming portions of the program together for a more efficient mechanical design. The faculty offices and student spaces in the north wing then become the linking element between these new research labs and the existing teach labs in the Morley Science building directly to the north. The collaborative spaces of this faculty office wing are gathered along the east façade looking out to Morley Circle plaza and the incredible views of the hills beyond. Intertwined in these spaces is a cascading stair connecting the four floors of the building as well as the bridge back to the existing Science Center. The space thereby serves as the threshold into the building, between the new building and the existing complex, between departments, and between faculty and students. 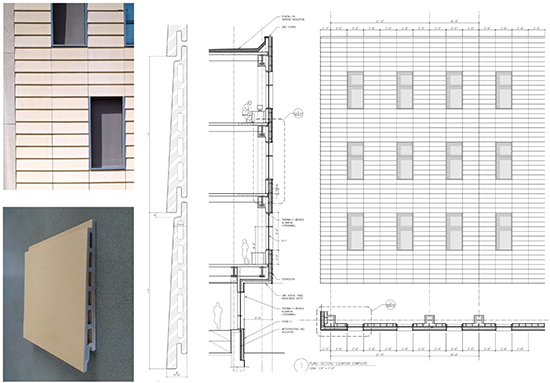 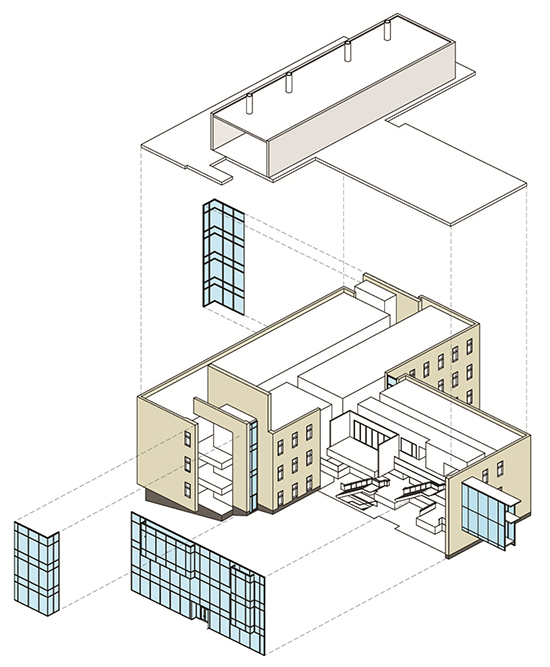 The façade of this collaborative space is fully glazed with a series of glass protrusions articulating the social collaborative spaces onto the glass façade. Further depth is given to this primary façade by allowing it to visually expand back to the wall beyond containing further collaboration and student study alcoves. Floor to ceiling glazing is also used to express the student spaces in the lab bar with the glassy corners on either end of the bar containing study lounges. The majority of the façades are clad in terracotta with a shingle form and surface texture to create expressive shadows that change over the course of the day.