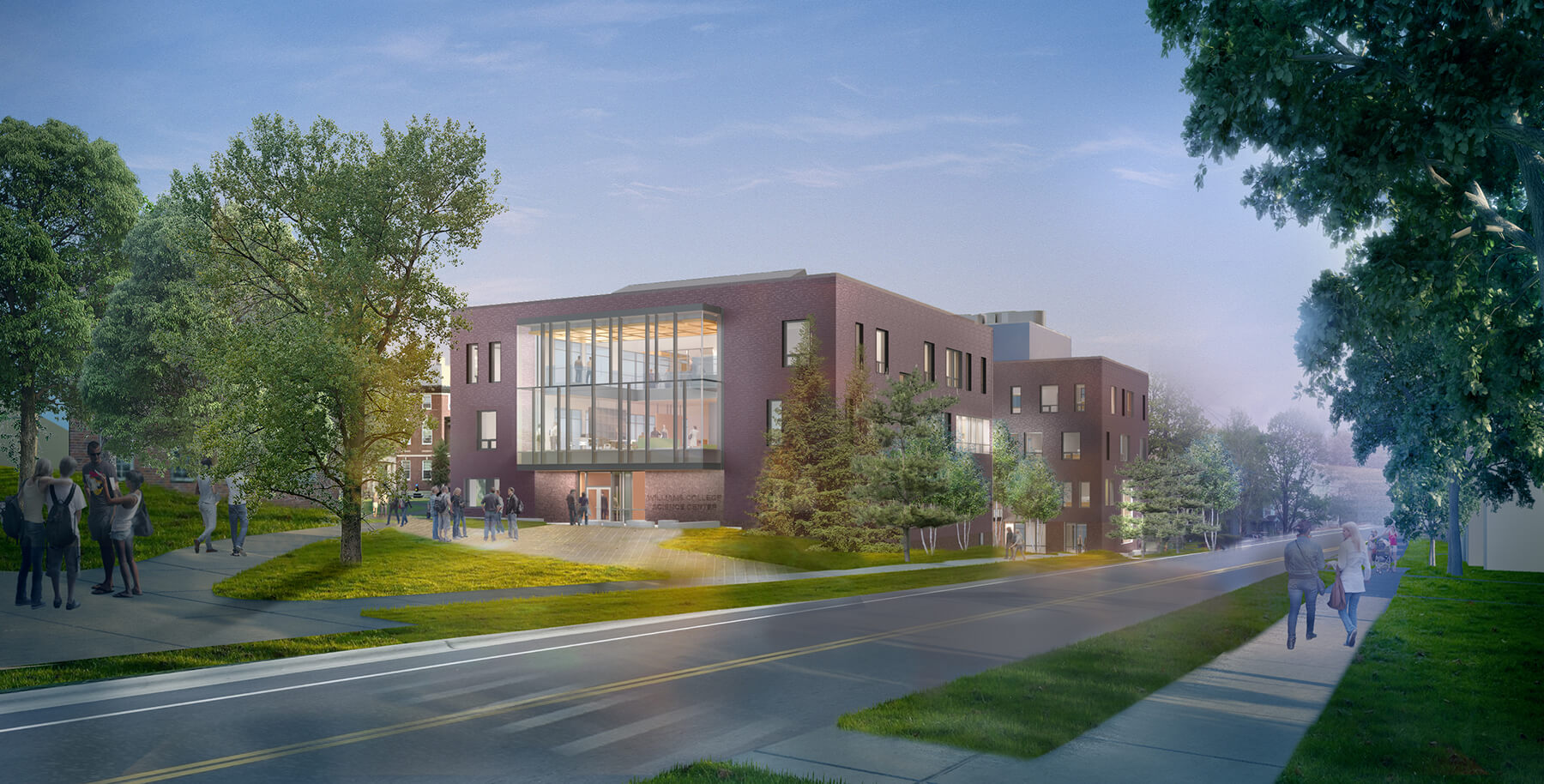 Construction is underway for the North Science Center at Williams College which will be home to several departments including Mathematics and Statistics, Psychology and Geoscience as well as several classrooms and a 200-person auditorium. The building creates distinct zoning for each department and its social spaces to further build their individual identities, and then links them to one another.

The building is also a threshold between the College and the neighborhood. The entry lobby is a multi-story social space that links the Quad and the Hoxsey Street entrances as well as the departments above and classrooms below. It also serves as a lateral connection between the Geoscience Department and the departments in the northern portion of the building.

The construction process began with the demolition of the old Bronfman Science Center, a building constructed in 1986. After demolition, excavation required blasting of bedrock in order to reach proper depth to pour foundations as half of the North Science Center is below grade. 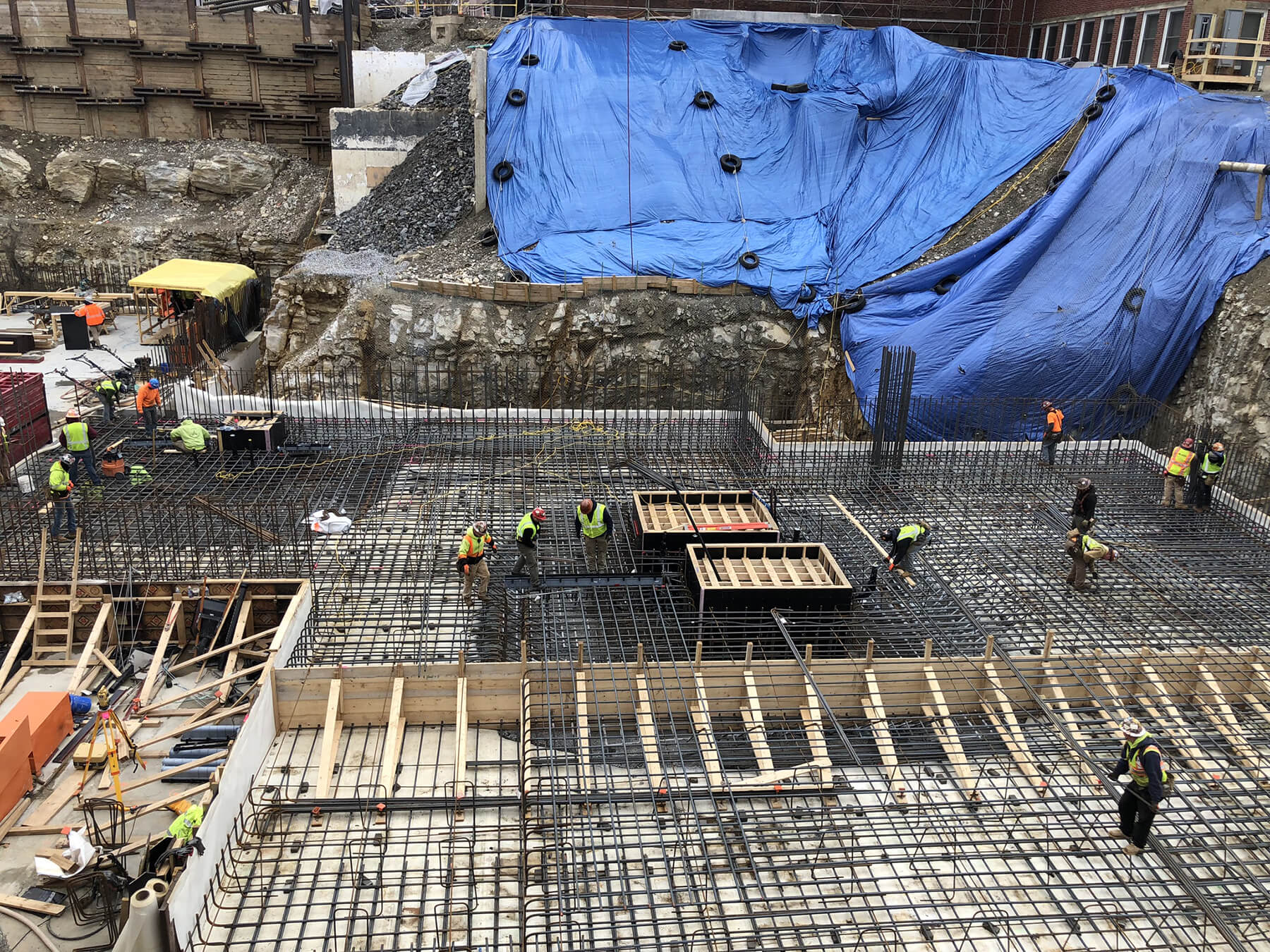 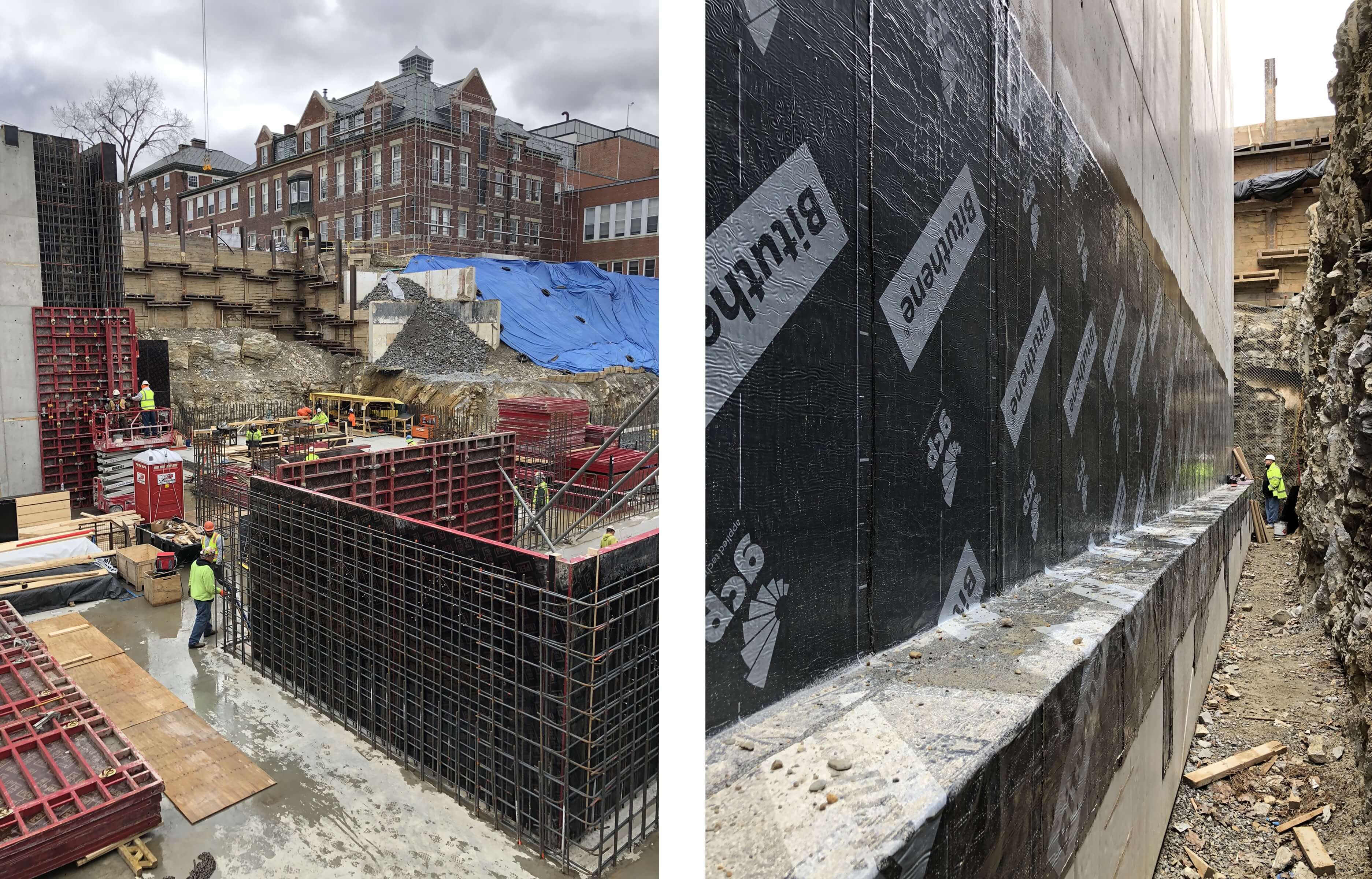 Over the next few weeks we anticipate the completion of mat slab concrete and additional progress of foundation wall pouring to the south. As that occurs, we will be able to verify waterproofing conditions along the north side and start backfilling. 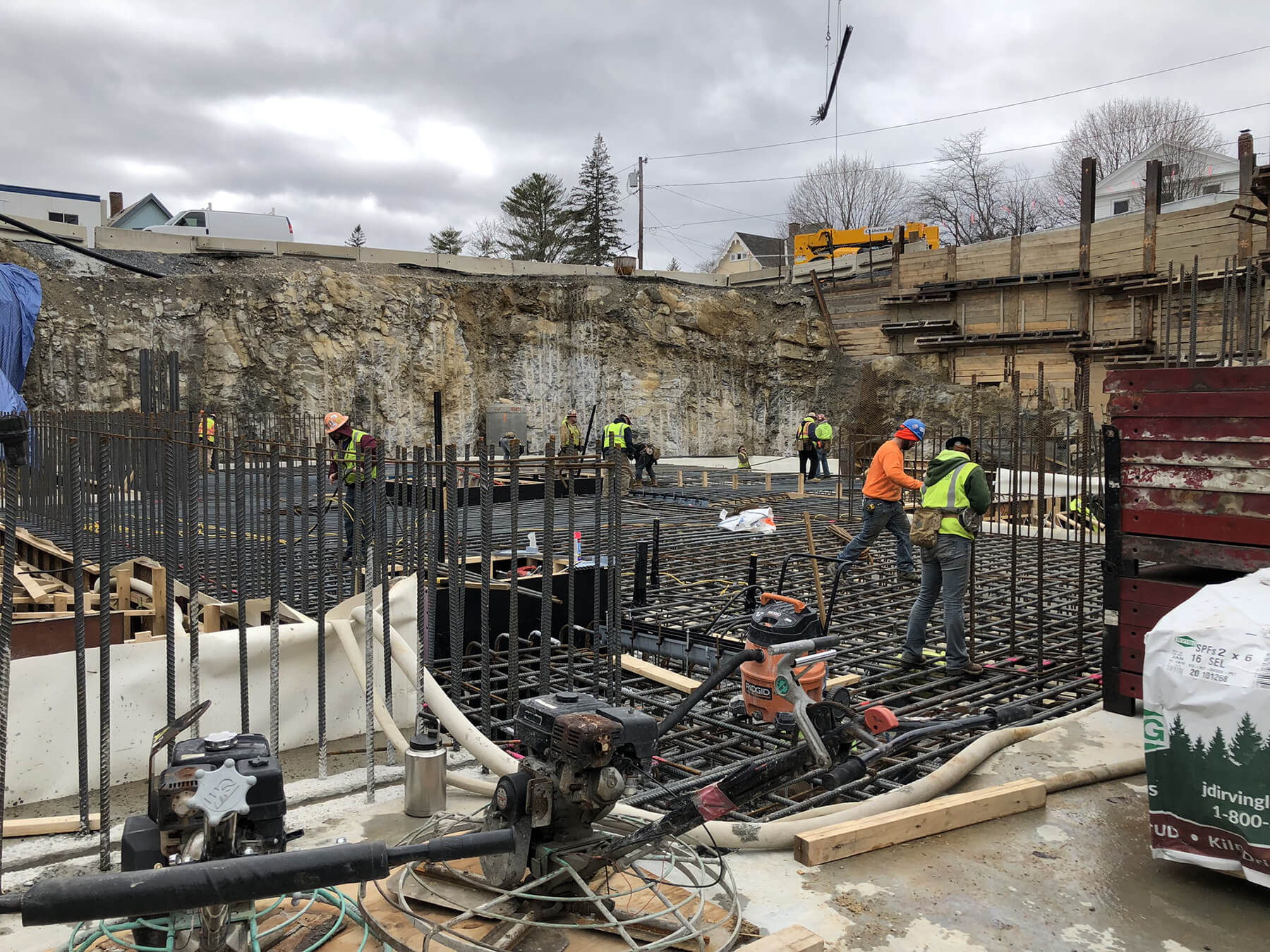 While the site is active, we are in the process of fabricating a performance mock-up for our exterior assembly system. The mock-up is built and detailed to simulate future built conditions and test all the components in the assembly, including the air vapor barrier and whether all of the penetrations are sufficiently sealed.