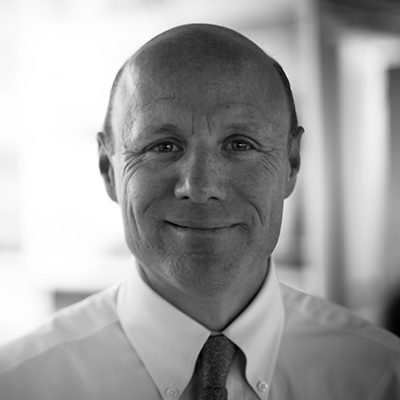 We are happy to report that our Harvard Memorial Church project is moving along right on schedule. Payette was awarded this project in January 2016 and with six months of design and six months of construction, the project is scheduled to be complete January 2017. As the iconic symbol of Harvard Yard, the church has taken well to its renovations.

Integrating new HVAC, electrical, fire protection and plumbing systems has been a challenging process, as or even more so than some of our high technology renovation projects. While we would typically downgrade a 1960’s science building to be lesser demanding from the programmatic standpoint, for this project we have supercharged the church with no less than two AHUs and 28 FCUs without expanding the existing footprint. Most importantly, the project includes renovating 13,000 GSF of the Church’s Lower Level to provide a student oasis – a location for students to take a mental or spiritual break from the daily academic pressures. 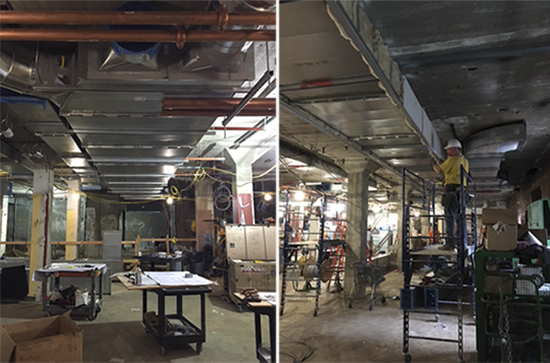 Here are some interesting Construction Administration moments of the project to date:

Brick:
The Church’s existing 1932 brick is unique in color and texture. We went through six brick mock-ups without finding the correct blend of brick, mortar color and depth of mortar joint required. Luckily, we are working with Phoenix Bay State on our project. They have experienced masons who have worked on several of Harvard’s most important buildings, including the Fogg Art Museum project led by Payette. Knowing the importance of finding the exact brick, I joined the mason to build my own brick mock-up with the assistance of the lead mason. Working side-by-side, we were able to achieve the desired specifications with the lucky #7 mock-up and it was approved by both Harvard as well as Charlie Sullivan, the City of Cambridge Historical Commissioner. 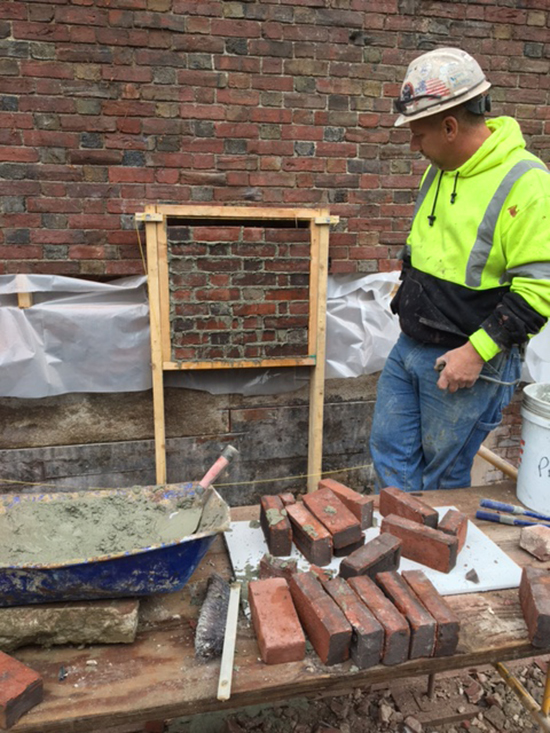 Brick Mock-up for exterior of the Church

Photo Documentation:
The scope of work for the project also includes ADA upgrades and the installation of a new sprinkler system. These kind of interventions can be extremely difficult and require delicate surgery to sensitive spaces like the church Sanctuary. Many times, using two-dimensional construction documents leaves too much room for interpretation with the subcontractors. To prevent this, the design team decided to use photo documentation to precisely show where devices, such as sprinkler heads, need to be installed. Comments back from the field have been excellent as the client, architect and contractor have agreed the approach has proven successful as no surprises have been encountered or requests to move devices – which commonly occurs with two-dimensional documents. 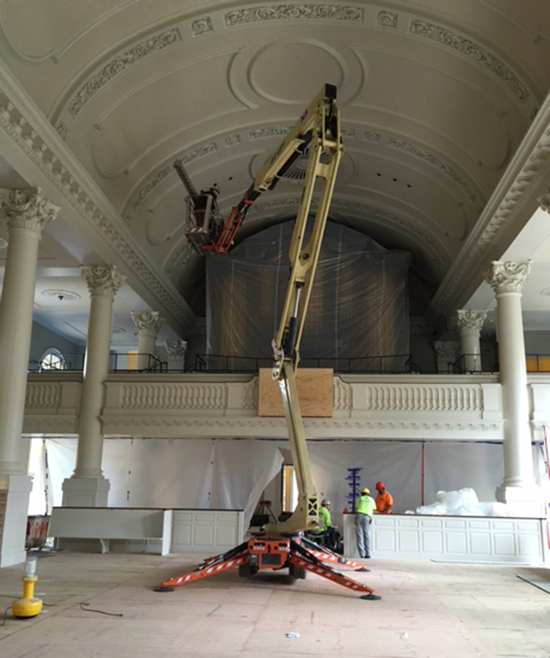 Locating sprinkler heads in the Sanctuary

Abatement:
As we assumed and identified in our interview for the project, one of the biggest cost and schedule unknowns in a project such as this has been finding the materials that require abatement. Even with the completion of an extensive hazardous materials abatement survey prior to the completion on documentation, the contractor continued to find materials requiring removal as construction progressed. Working together with the sub-contractor, the construction and design team found alternative and innovative ways to not disturb certain areas allowing the work to progress safely and on schedule. One particularly sensitive area was the existing supply ductwork at the large windows of the Sanctuary. Originally this area called for demolition, but rather than creating a lot of disturbance, the team found a way to reuse the existing ductwork and still meet the air-flow rates and acoustical requirements with the employment of lining the existing ductwork with a safe new material. 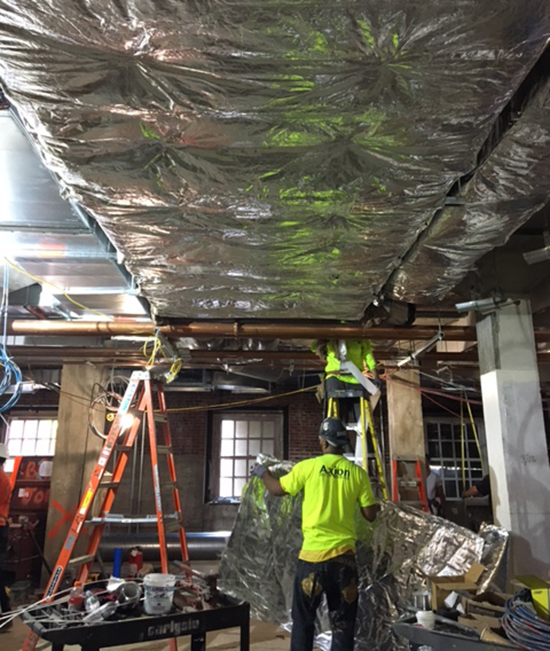