The co-located efforts of the Alexandria team are starting to take full effect as construction progresses on the new Ariad headquarters at 75-125 Binney Street. The team issued the IFC set in December and continues to participate in collaborative BIM project integration as construction continues on the core and shell, such as developing the spiral staircase within the atrium. 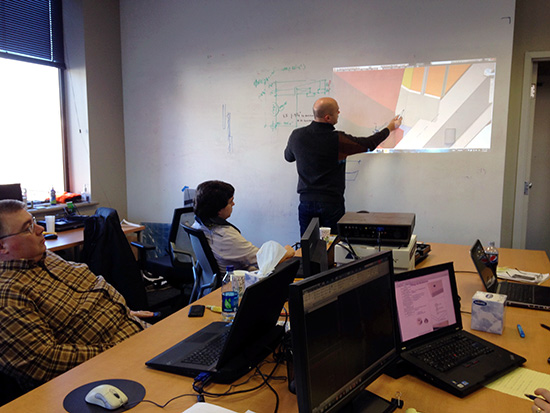 The curtain wall system has been tested at a mock-up located across the street from the site and the framing for the curtain wall system is now visible around the exterior of 125 Binney. The punched windows are beginning to be set into the waterproofed backup wall, which will eventually be clad with TAKTL panels. The concrete has been poured on all levels of 125 and is almost complete on the 75 side. Both large elements, such as the penthouse mechanical equipment, and small details, such as the steel retail entry vestibule, are being installed. All four of the atrium bridges are now in place, as well; the team had the opportunity to walk across the level four bridge at their most recent site walkthrough.

Despite the cold weather, things are moving quickly at the site. Soon, the atrium’s glass enclosure will be erected, connecting the two structures. And while the Alexandria team is no longer co-located on site each day, the collaborative nature of the project will continue to develop with construction. 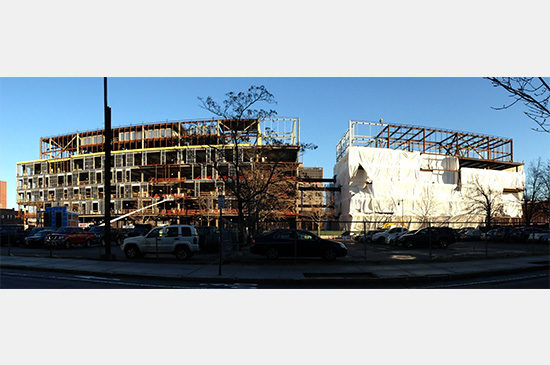 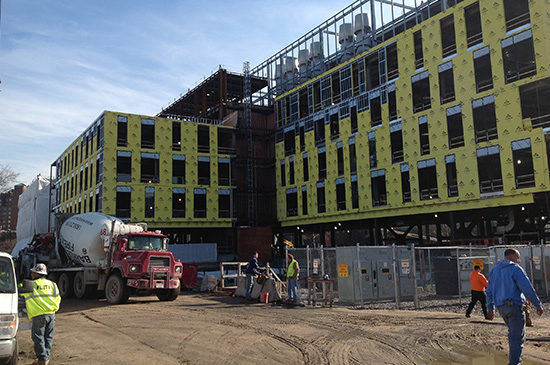 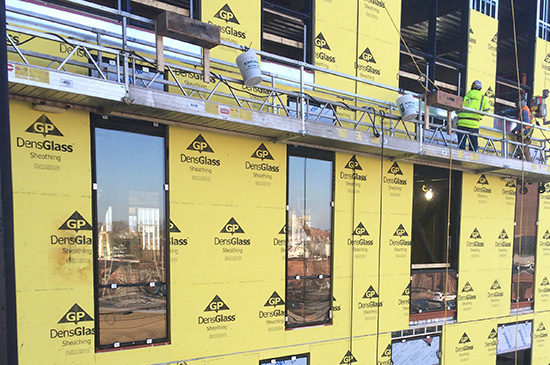 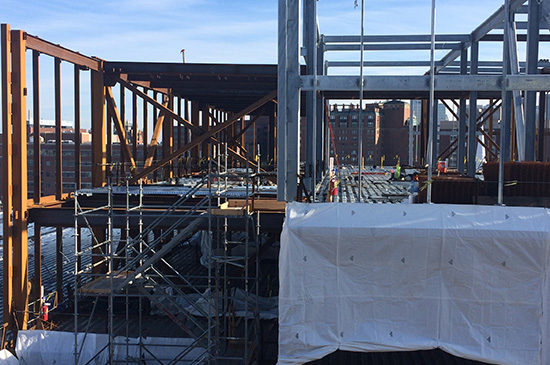 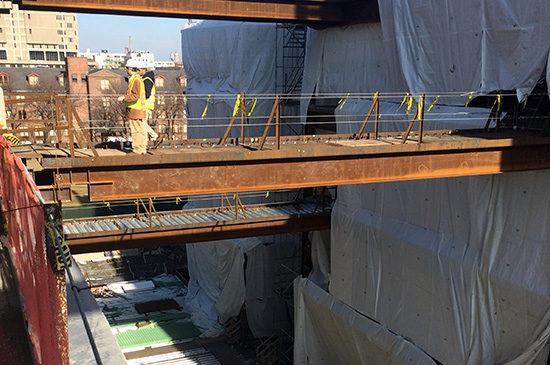 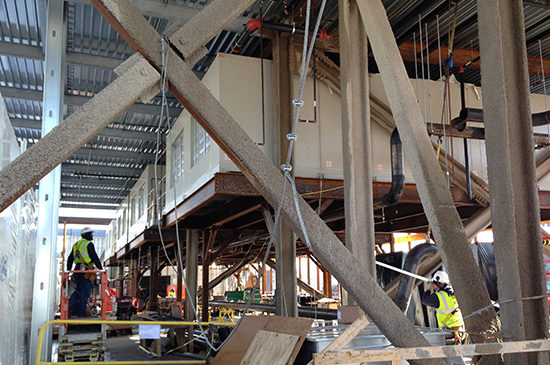