The first week of summer 2021 welcomed not only beautiful weather, but also celebrated the concrete topping-off at the new Community Living Center for the Chelsea Soldiers’ Home. This milestone occasion symbolized the culmination of an intense 18-month coordination and construction effort, most of which took place during a unique year of remote work. It was refreshing to see many of our partners in person again, including the Consigli construction team, senior leadership members from DCAMM, The Executive Office of Health and Human Services, VA Secretary Cheryl Poppe, Soldiers’ Home Superintendent Eric Johnson and Facilities Director Bob Maniatis, all of whom play vital roles in moving this important project forward. 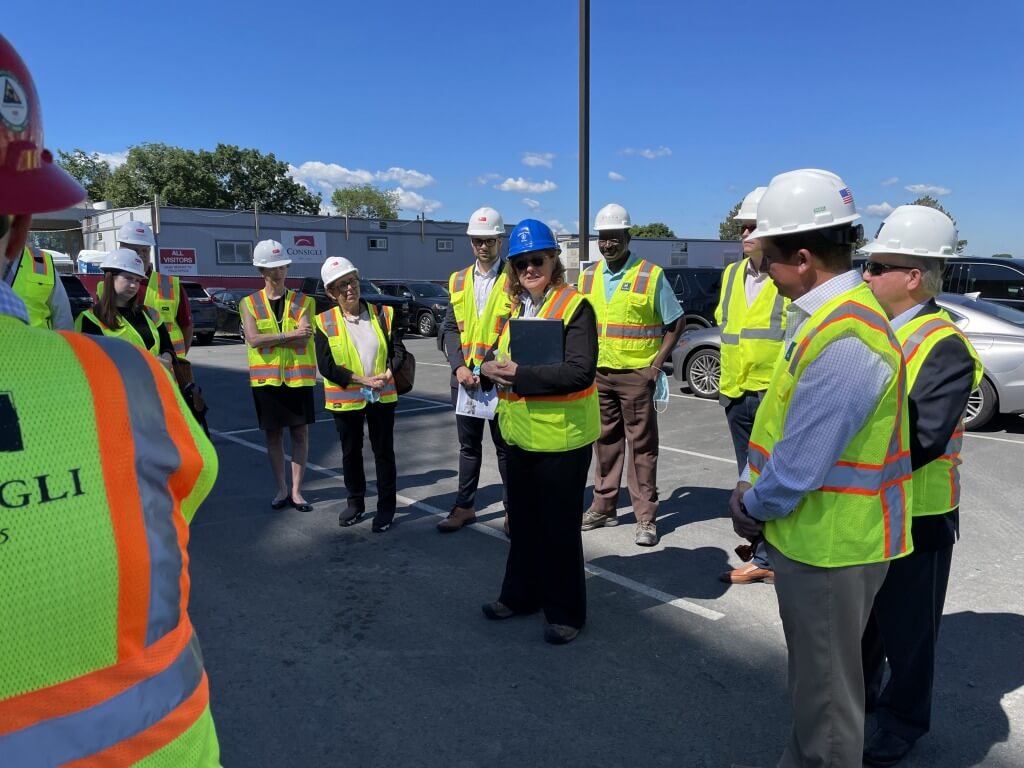 The group enjoyed a tour of the building with Payette President Kevin Sullivan, including the mockup illustrating the façade elements and brick coursing pattern that will soon be applied onto the building’s exterior. The tour continued inside where we discussed an early private residence room mock-up, which will transform the care and living conditions for the Veterans of the Home. Everyone marveled at the views of the Tobin Bridge and Boston skyline through a newly installed window. 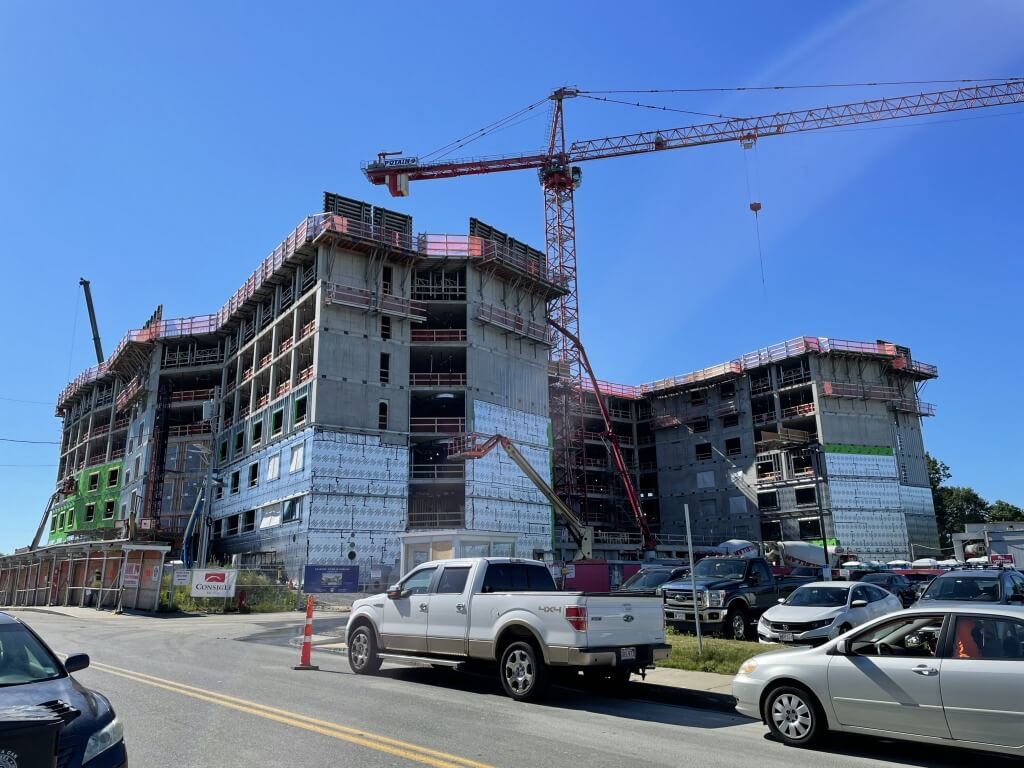 Approximately 16,350 cubic yards of concrete were used to complete the building’s superstructure, including foundation walls, floor slabs, shear walls and columns. Within the structure is 1,400 tons of embedded reinforcing steel. For comparison, the Statue of Liberty weighs only 225 tons. The tower crane onsite is due to be dismantled in late summer/early fall once the canopy steel is erected.

A unique component within the concrete is the installation of 350 custom dog tags of Massachusetts Veterans. The effort, named ‘Operation Strong Foundation’ by the Soldiers’ Home, is a subtle commemoration of those who have served their country while acknowledging who this building is ultimately for. The Soldiers’ Home reached out to local veterans’ groups to solicit and the custom dog tags were hung from the rebar in sections throughout the building. Members of the Consigli construction team who have served were able to place their own dog tags. I was able to witness the placement of the names of family and friends, including my Dad, both Grandfathers, two Uncles and two best friends. It is an incredible feeling and honor to know that a building I have worked on for 3+ years of my career will include such a personal connection to my family. Each individual dog tag has been photographed and documented for archival records in recognizing this memorial. 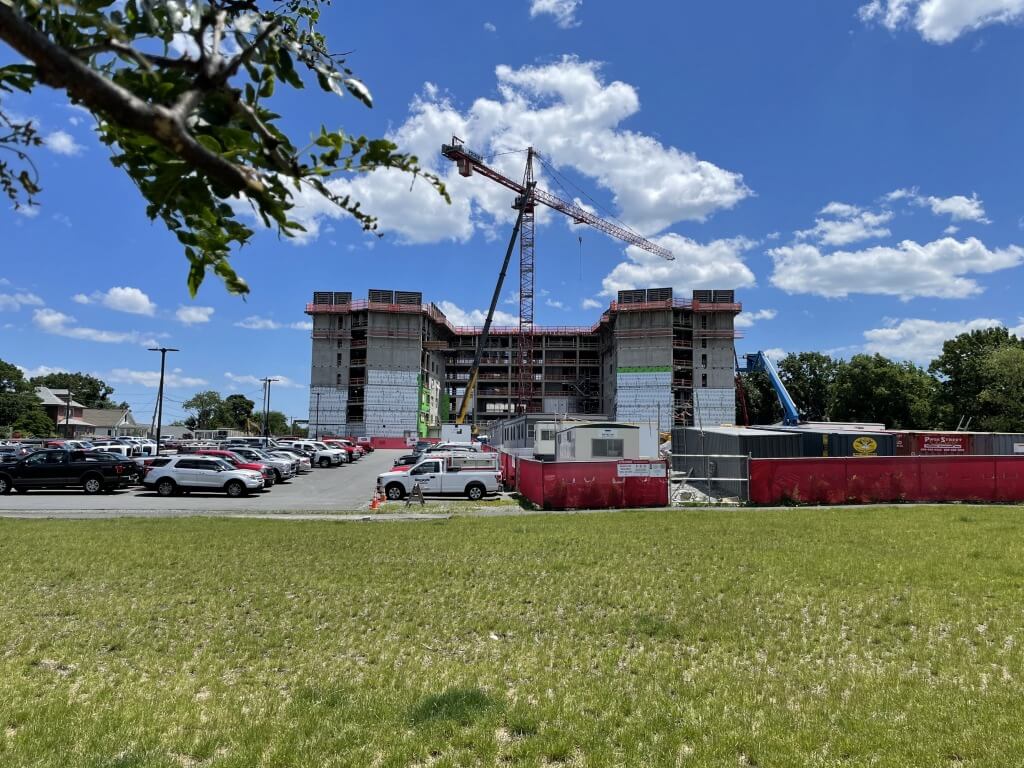 The coming months will see the envelope become weathertight with the installation of the remaining windows, curtainwall, vapor barrier and roof membrane before winter arrives. The building is due to open in the Fall of 2022.