The MIT Media Lab is world-renowned for bold research that crosses disciplinary boundaries and for a physical environment in which science and the arts collide within transparent labs and workshops. The YellowBox, a 1,000 SF cleanroom where micro- and nanoscale electromechanical devices with mechanically adaptive features are developed, is its newest addition. 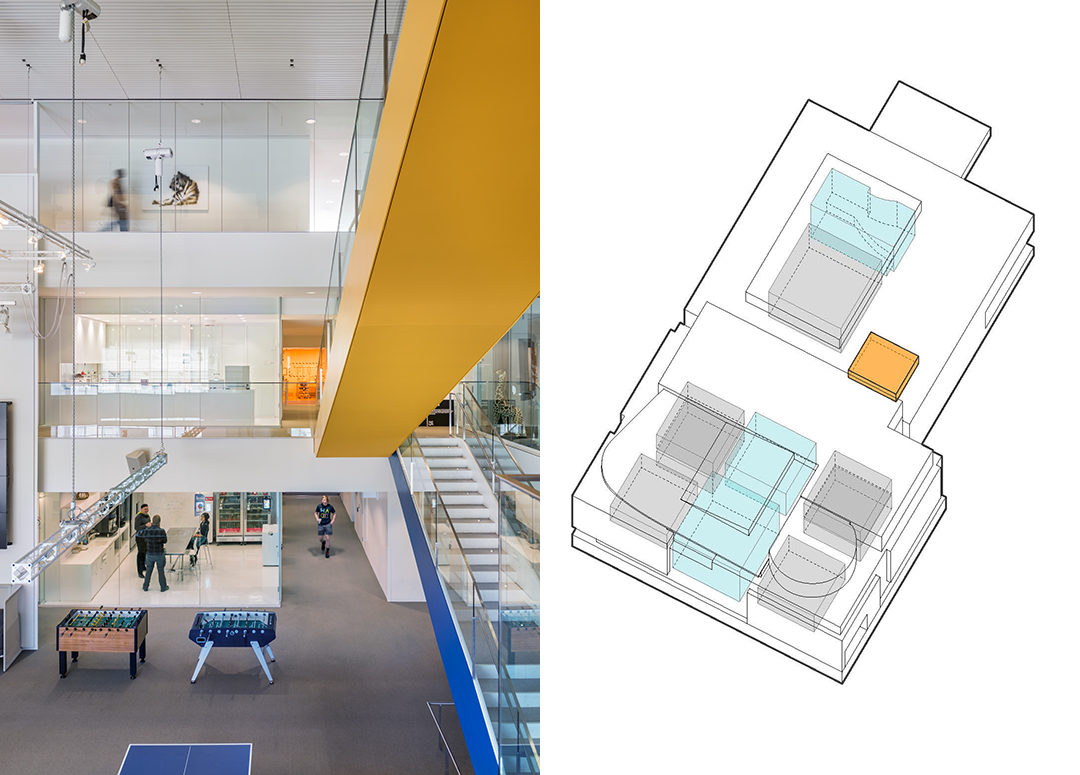 The challenge was remarkably simple: provide a new research lab for an up-and-coming faculty investigator and her yet-to-be-recruited research group. However, the lab in question was a micro- and nanoelectronics cleanroom: a tightly controlled environment, precisely designed to maintain very low levels of particulate contamination, that will be used to design and fabricate mechanically adaptive electromechanical devices. The site, on the 4th floor of the Weisner Building, I.M. Pei’s original Media Lab, is a few steps from where it connects to the Fumihiko Maki addition, which puts it within view of the new building’s central atrium and colorful stair. 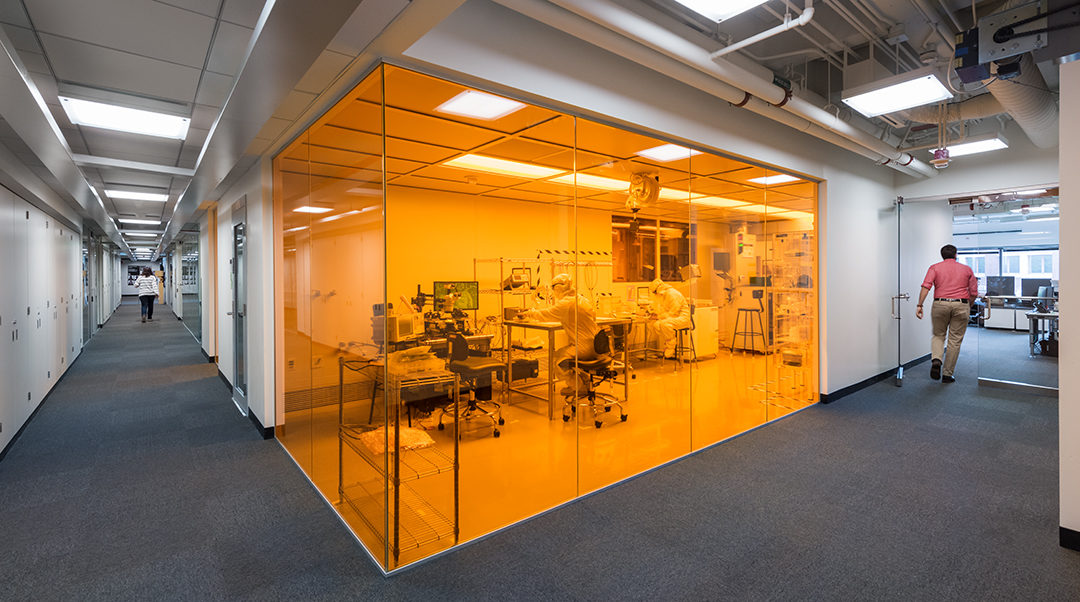 The solution draws upon the material and spatial vocabulary of the two Media Lab buildings, in which the interior architecture of the laboratories is pushed to the background so that the activities going on inside them can take center stage.

Dubbed “YellowBox” by its users, the Conformable Decoders Group, the cleanroom consists of four major components: an entry/gowning area; a Class 10,000/ISO Class 7 specimen preparation room; a Class 1,000/ISO Class 6 cleanroom; and a mechanical service chase between them, accessible from the adjacent passage. Because all four functions require isolation from adjacent spaces, they were packaged into an efficient, rectilinear gypsum board volume. Full-height glazed openings look directly into the cleanroom spaces, where researchers in full protective equipment are on full display to anyone walking by. 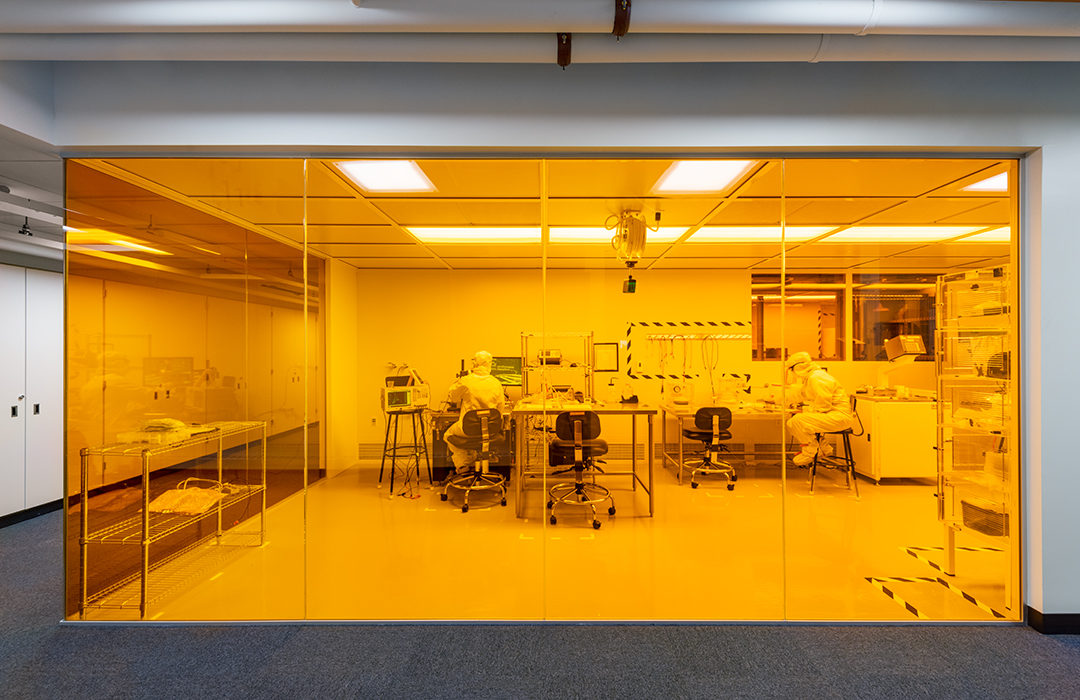 The result is an astonishingly intimate connection between them, a visual experience modulated only by the light-filtering colored tint that gives the YellowBox its name.