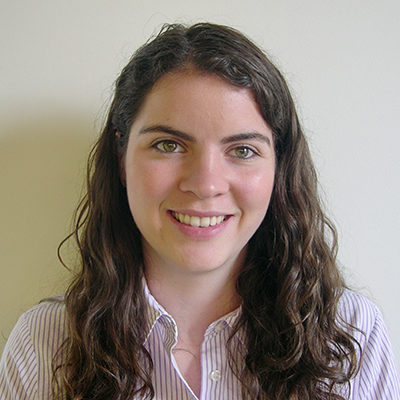 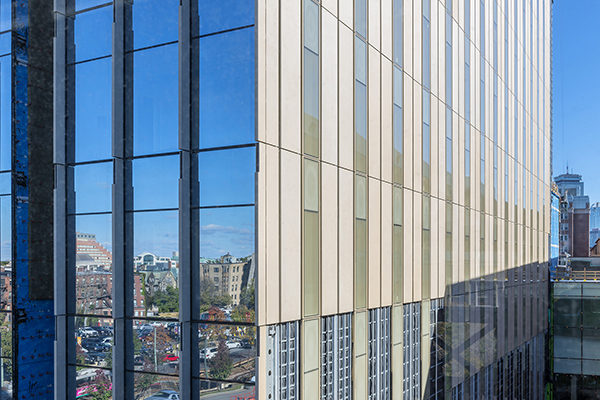 On May 14, 2015, Boston University hosted a groundbreaking ceremony for the new Center for Integrated Life Sciences and Engineering (CILSE). Almost exactly two years later on May 17, 2017, photographer Chuck Choi and a small group from Payette entered the building to photograph the project.

I joined the team during its construction administration phase and saw it transition from the bones to the fleshy skin of the project. The finished floors, the glass, the counters, the millwork, the carpet, the paint, the furniture, etc. Each layer that was added in helped it transform in order to ultimately receive its end users. I could picture people using the space, but I had always experienced an empty building. During punch listing, it was a ghost town as there were very few tradesmen and none of the users had moved in.

One week, when I returned to check off some more punch list items, I was pleasantly surprised to turn the corner and have a group of six students sitting in the west interactive space sharing some Chinese take-out. A small revelation and hint of the new residents of CILSE.

The users have now populated all the levels with their books, computers, lab equipment, plants, portraits and other personal artifacts. In my eyes, the project has finally taken its first breath with this final and vital layer.

This was my first experience with a professional photo shoot, especially one focused on capturing a whole building. Despite my unfamiliarity with the process, Chuck, in a very familiar way, layered on many aspects in order to capture the full breath of CILSE. 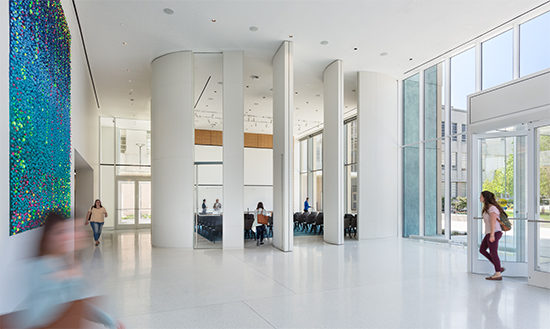 The key is to choreograph a piece-meal set that gives the viewer the whole picture. 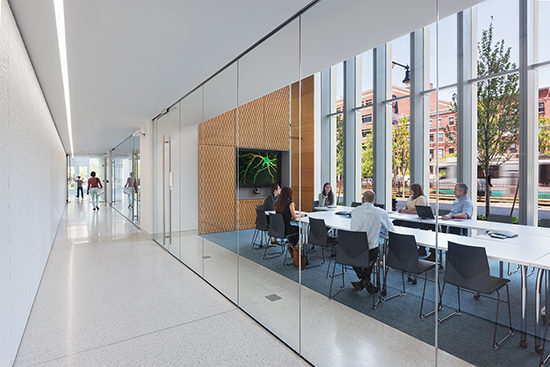 The team had been there early in the morning, scoping out the best angles and views. First, a space is selected that will give one side of the story, followed by the best angle and lighting conditions. The second layer are the occupants. The third layer is the story they are telling within the space. 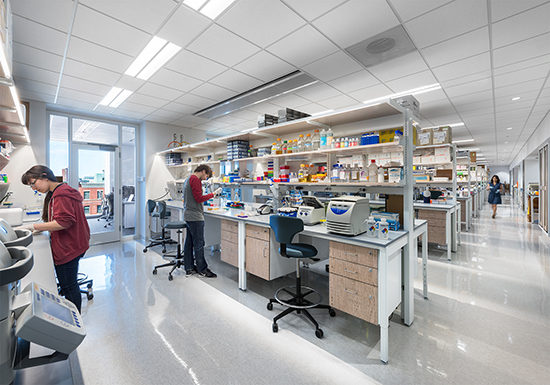 Capturing the shot at the right moment takes a lot of coordination and perfect timing. All the layers and their variables have to be synced so the active sensation can be captured in a still image.

These small vignettes build up the story of the building as a whole. Much the same way the structure, walls and finishes sequentially go in. 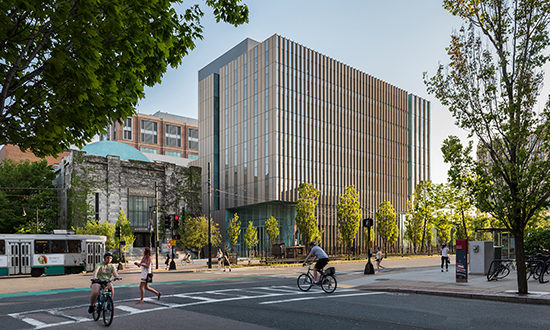 During our first photoshoot session the team focused on capturing the exterior, the building within its context and the more public and collaborative interior areas. The second photoshoot day will focus on the more specialized labs. 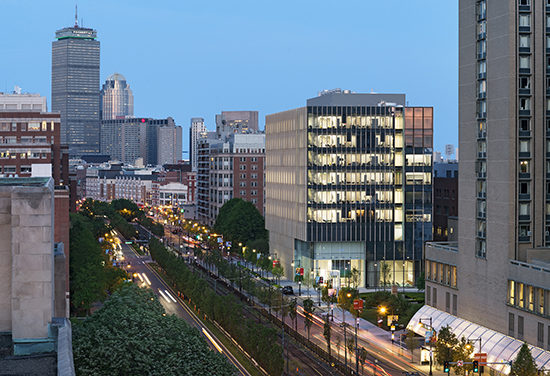