We are pleased to announce that the New Science Center at Amherst College has earned a SCUP/AIA-CAE Excellence in Architecture Merit Award. This recognition also marks a major milestone for Payette, being our 200th design award.

Key considerations for this award are response to institutional mission, academic and student life program requirements, architectural and cultural heritage, community context and the campus master plan. The award also recognizes that comprehensive campus design and planning are collaborative and involve many stakeholders including campus architects, planners, administrators and faculty. 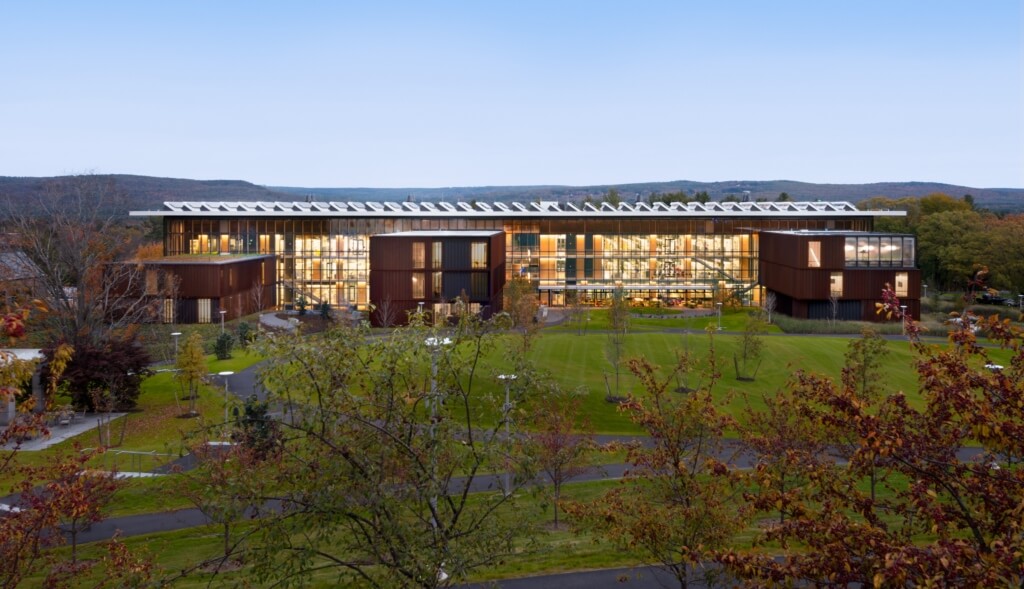 Faced with an aging science center unable to accommodate today’s technologies and pedagogies, Amherst College sought a new, forward-looking building that would create an open learning environment for the entire campus for the next 100 years. Charged with promoting interaction among students in the sciences, across departments and the campus, the New Science Center (NSC) creates an open and accessible learning environment for the entire community.

Meticulous craft, layered transparency and academic connectivity are the driving forces behind the New Science Center. Set against a backdrop of the Pelham Hills, a collection of five distinct building components is nestled into the new Campus Greenway. Two laboratory wings tuck into the hillside to the east and three pavilions of non-lab uses extend toward the campus core. With sensitive massing and material strategies, the building and new Greenway re-organize campus circulation, bridging a former divide between upper and lower precincts.

An ultra-transparent, daylight filled Commons serves as the building’s social core, openly welcoming the entire community — a window into science. All interior spaces enjoy views back to the campus and visual connection to each other. The building is a framework that strengthens learning at various scales, reinforcing interaction and collaboration in the educational process. 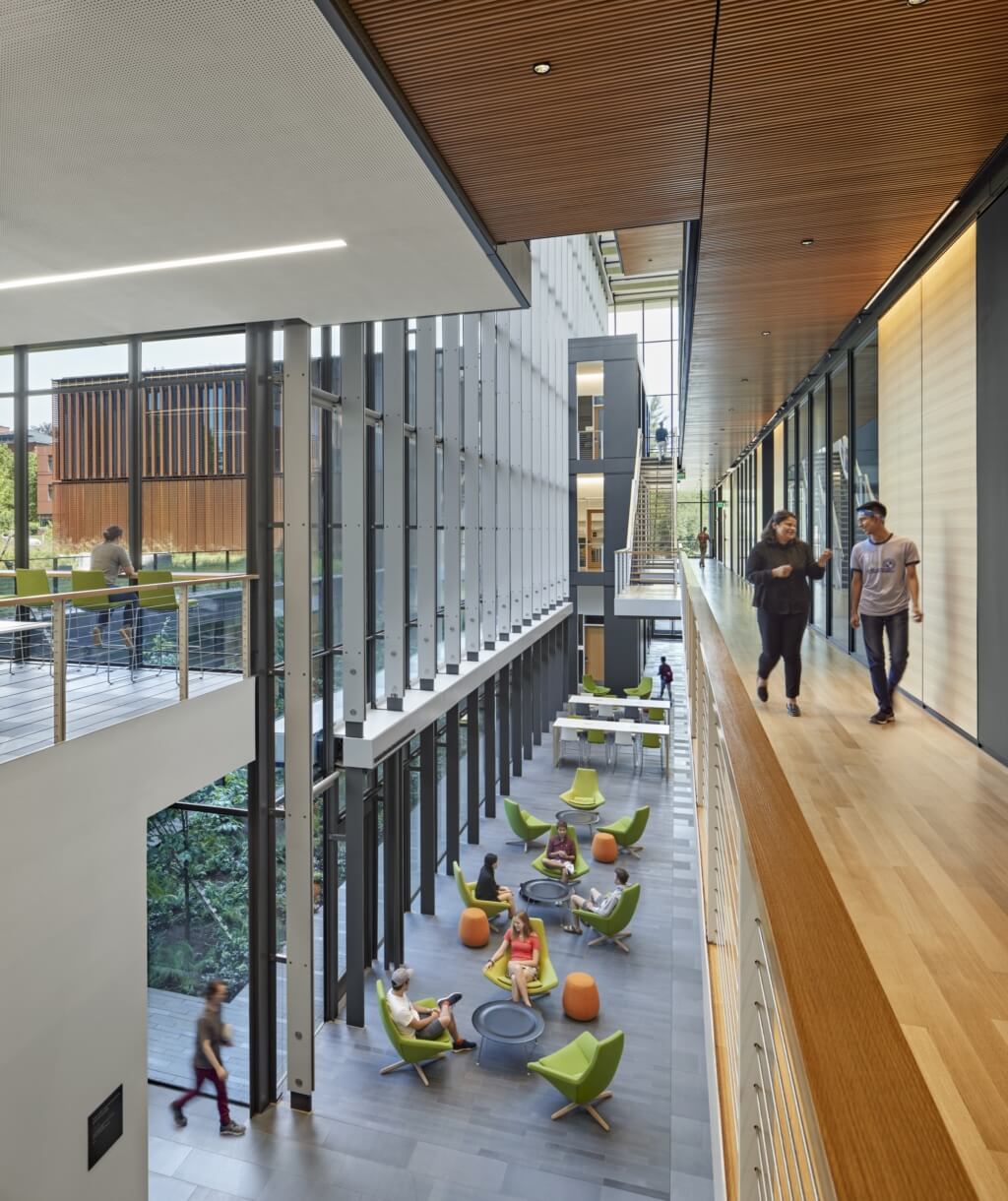