Photography is vital to how we tell stories about our buildings and showcase our work. When we want to demonstrate that we understand how to bring daylight or natural ventilation into a building, we want to show rather than tell. It’s more interesting and visually stimulating. This week I had the privilege of attending part of the photo shoot of the recently completed Science and Mathematics Building at Bridgewater State University. The first phase of the project was previously photographed and those images were the only context I had for the building. It was incredible to see the building in person and to walk around the atrium and corridors I’d only seen on screen previously.

Warren Jagger photographed the building last fall and again this year, working to capture all the details of the building – big and small. We worked our way through the building; capturing first one corridor and then the next, waiting for students to change classes and populate the building. I’d never been involved with an architecture photo shoot before and I observed how involved the staging of the shots are; no detail was overlooked. We moved trash cans aside, set chairs straight and tidied wayward posters tacked to bulletin boards. All these small details ensure nothing distracts from the focus of the photograph. Warren explained to me why he takes so many seemingly similar photos in order to best represent the building. We also discussed which shots would look best at dusk and which shots should wait until early the next morning.

In the main atrium the area under the main staircase has a garden feature that makes it feel like you are outside, while still inside. The indoor garden connects visually to the outdoor garden through the floor to ceiling windows and to the greenhouse beyond, much like how the different façade materials relate to the surroundings on each side of the building.

My day on the photo shoot ended in the greenhouse, but Warren continued through the early evening and on to the next day, capturing the exterior as the sun set, student work in the observatory and all the laboratories. I can’t wait to see Warren’s photos because I am certain he captured the special, unique features of this building far better than my iPhone camera. 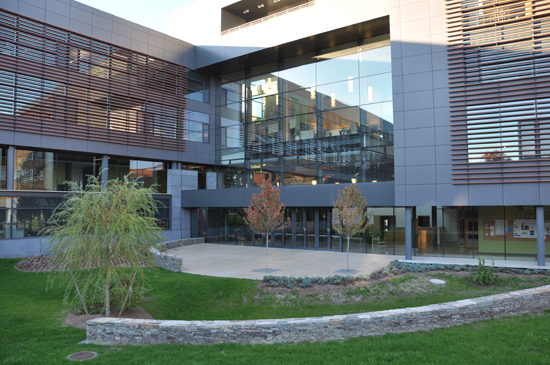 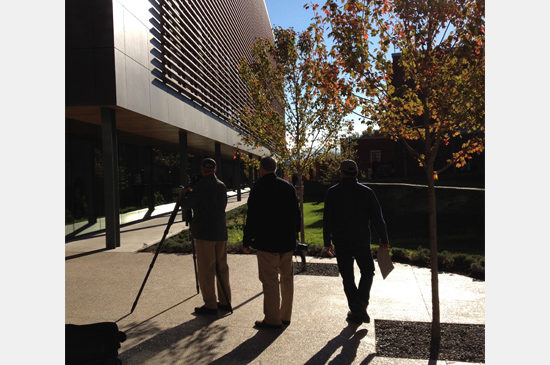 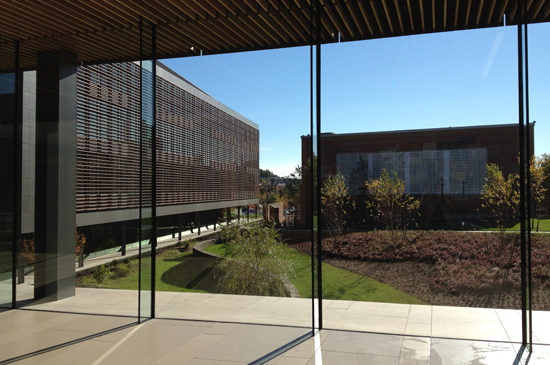 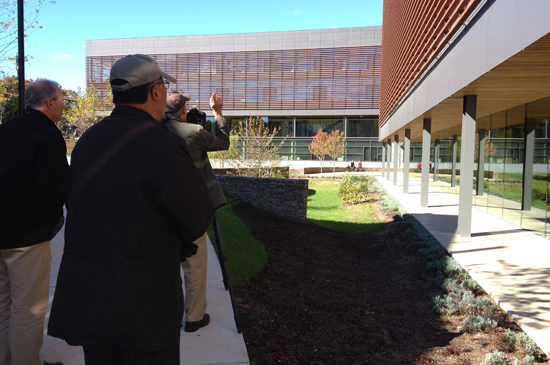 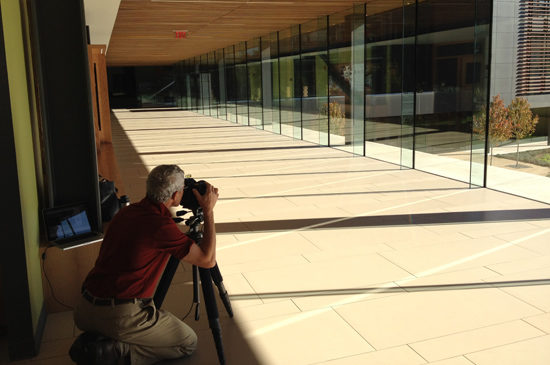 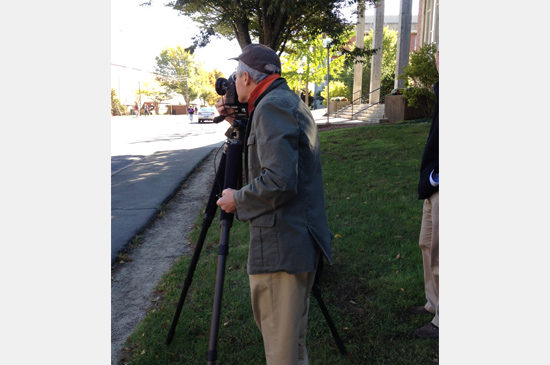 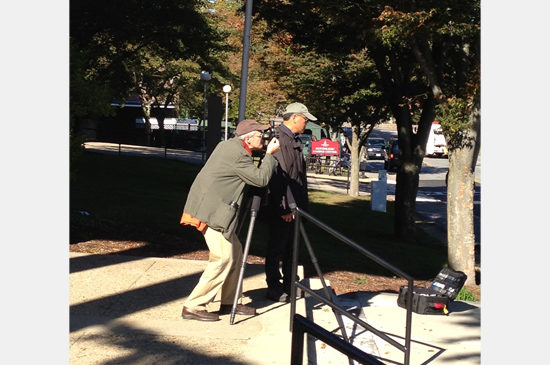 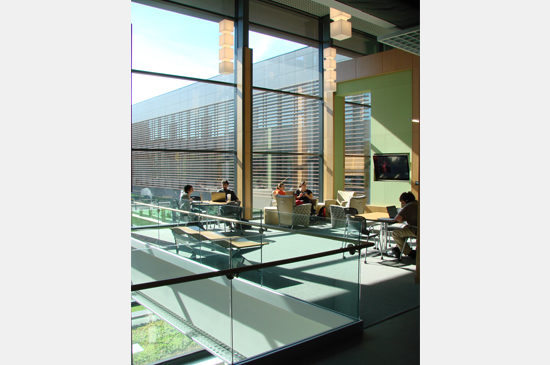 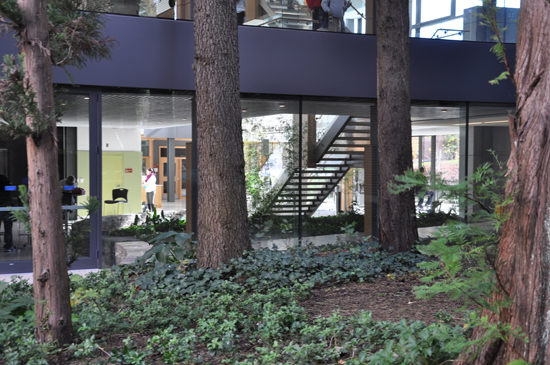 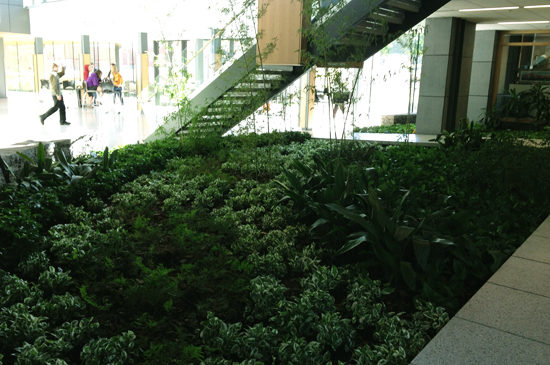