We use photography to illustrate a project’s successful execution. When we want to demonstrate that we understand how to bring daylight or natural ventilation into a building, we want to show rather than tell. It’s more interesting and visually stimulating. In November I had the privilege of attending a two-day photo shoot of the recently completed James Mandell Building at Boston Children’s Hospital. Until attending the photo shoot, I’d only walked past the dense urban site where the building sits. Additionally, until this occasion, I’d never attended a photo shoot for a healthcare building.

The building is an infill building with prominent street frontages along Binney Street and the main drop-off for the hospital. At this recent shoot we focused on capturing the interiors. Walking through a building with both the architects and the photographer, Warren Jagger, I learned a lot about the space – from the detailing to what elements Warren hoped to capture. Prior to taking any photos we visited each floor to assess which would provide the best light and variety – from the patient rooms to the nurse’s stations to views of the courtyard. Though in an urban setting, the design incorporated landscape elements with a courtyard located where the addition meets the existing building. The courtyard provides natural light to the existing adjacent hospital beds and the addition. This green oasis is the only visually and physically accessible landscape feature contiguous to the hospital corridor system.

Not only did I observe, but I also participated in the photo shoot, helping to set up shots and plan the schedule for the day. Both days of the shoot we sought to capture not only how people use the space, but its quiet elegance. A children’s hospital is not a desired destination, but I’m always inspired by the care that goes into designing theses places, making undesirable locations as habitable as possible, both for patients, families and the hospital employees. 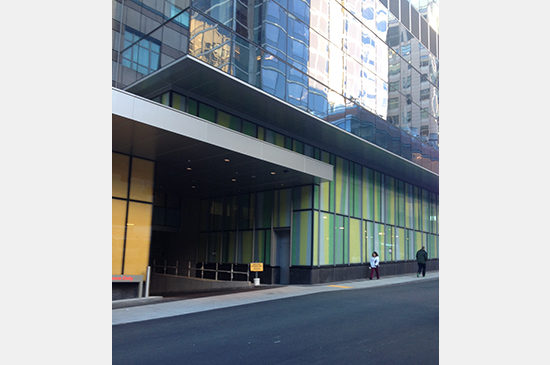 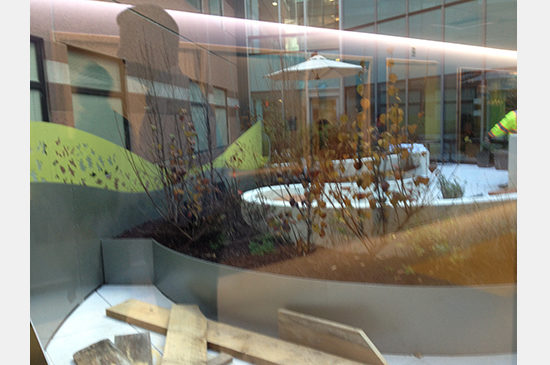 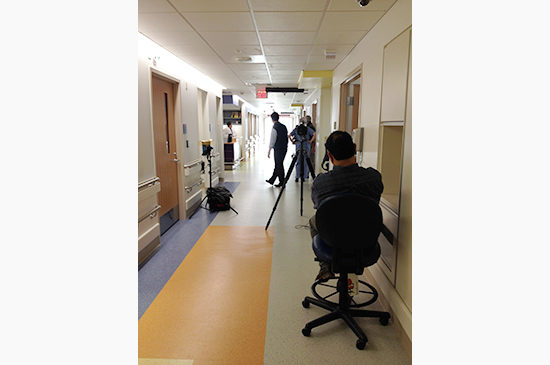 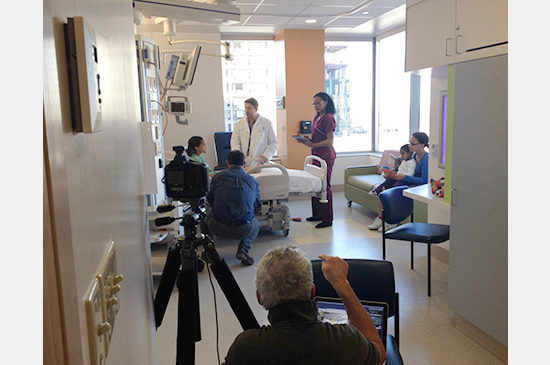 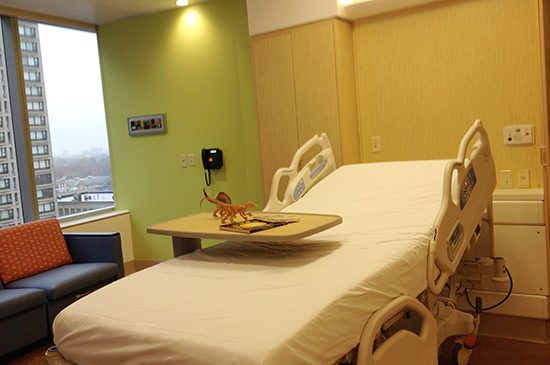 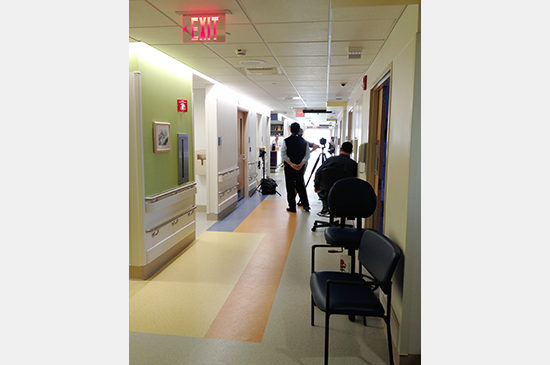 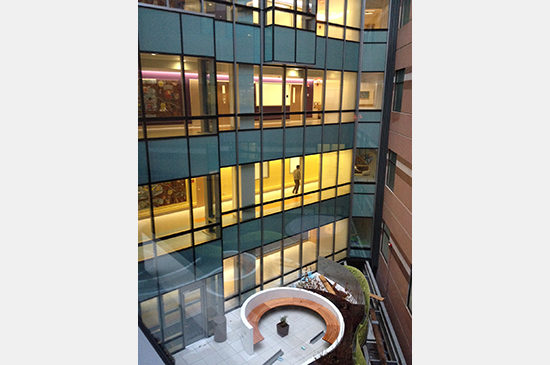 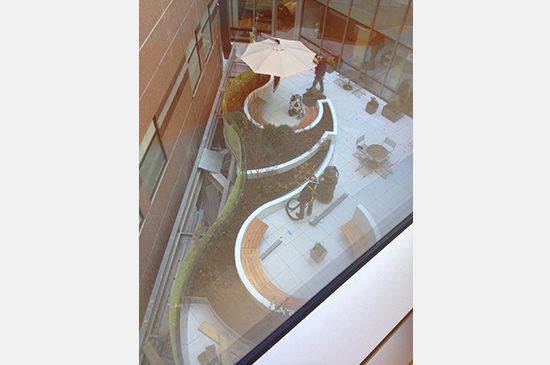