Starting a new job is exciting, but can also be a nerve-wracking transition, even under the best circumstances. And then there is the time your first day of work coincides with a global pandemic that causes almost all businesses to shift to remote work. This is Emilio Cardarelli’s story.

Emilio joined Payette as a Designer on Monday, March 16th, the same day Payette’s physical office “relocated” to 165 different homes and the entire firm, with the exception of a handful of people essential to managing the transition, began their first day of working remotely. We asked Emilio about his first two days of work and what it was like to start a new job in an office that had just turned virtual.

Day One
My orientation was held at the office. When I arrived, the building’s security guard politely greeted me but said there must be a mistake and she could not let me upstairs because the office was closed. I replied, “I know this seems very weird, but today is actually my first day.” After a few phone calls, I was in the elevator and heading up to the office to meet Chris Lind and begin orientation. I was then introduced to the team members for the project I would be working on. They spent several hours with me, providing me with get an in-depth project overview. I also toured of the office and it was a stark contrast to the energy and vitality I felt on my first visit a few weeks prior for my interview. Later that day I met with the IT team and picked up my computer, VPN access and received more training. And that was the end of my first day; I knew as I left the office that my second day would be very different. 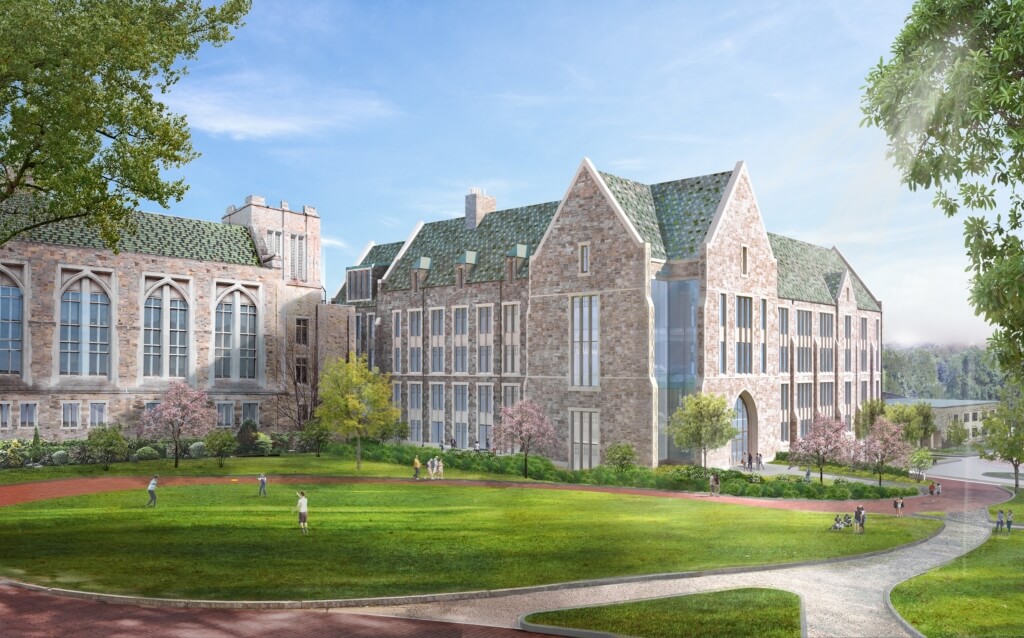 Day Two
Preparation for my second day began that first day on my commute home. During the drive, I had time to shift from the excitement of being in the office, meeting a few new colleagues and learning about the project to how I would replicate what I learned once I was home on my own.

Thankfully, I am accustomed to being in new and sometimes unusual situations – my friends are not at all surprised that I’m in this scenario. I am also no stranger to adjusting to different environments because three years ago I moved by myself to the United Kingdom. There I learned, and now embrace, the popular motto “keep calm and carry on,” which has served me well.

My second day went smoothly, and I give all the credit to the IT team for their well-structured instructions and preparedness and my fellow teammates; Diana, Edin and Robert. The typical events that you would expect to occur on a second day of work were similar yet different. I set up my workstation, personalizing and arranging my desk. But this time it is the dining room table at my parents’ house. Like any normal second day, I met new people, but over Zoom and conference calls rather than in person. 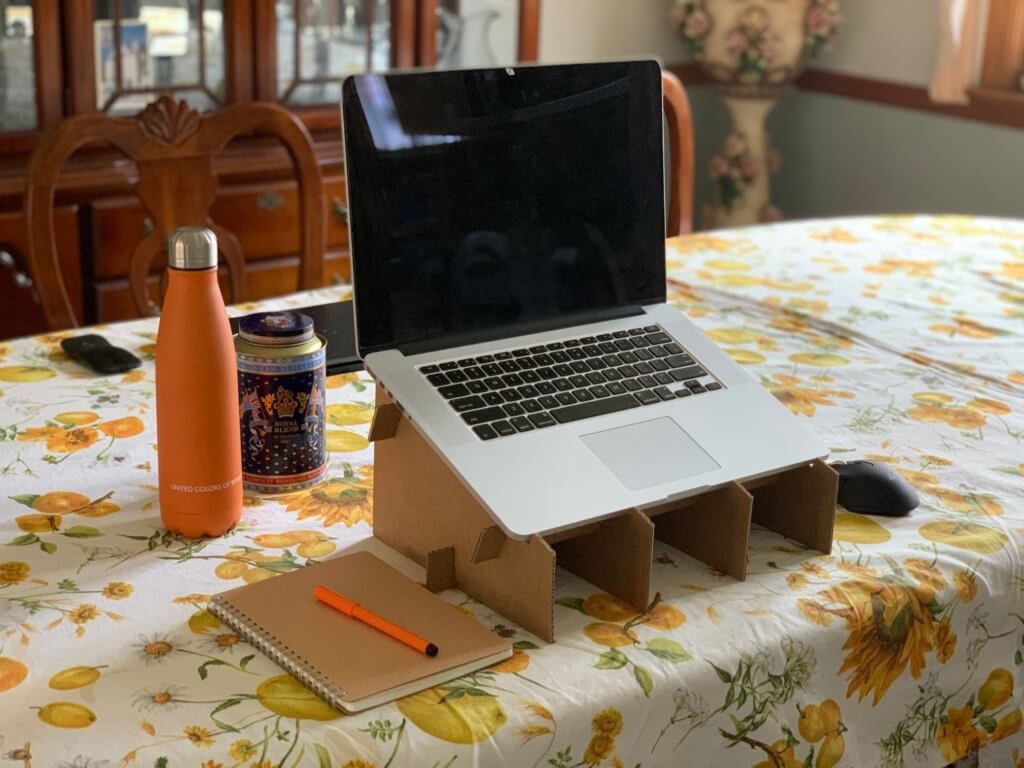 Anything surprising or that caught you off guard during your first few days at Payette?
The Friday of my first week, the firm held its first virtual firm-wide meeting. Michael Hinchcliffe introduced me to everyone, which I really appreciated. Diana, who is on the Boston College team, sent me a message – “Hey look, you got a shout out. If we weren’t remote, this would have been in front of the entire office.” I came clean and told her that I turned bright red, even though it wasn’t in front of the entire office, and I wasn’t on live video. In that moment, I was glad to be working from home where no one could see me!

What are you doing outside of work?
Aside from outdoor activities such as biking and jogging, I have been doing a lot of virtual hangouts over zoom, also known as “ZOOMING.” This is the one thing that I feel came out of nowhere, and is now what I do and look forward to for social activity. In my case it has afforded me the opportunity to hang out with my friends in London as they too are confined in their homes, we use the time to catch up and play games. It’s been very interesting comparing our current scenarios and seeing how each of our working situations differ from each other.

In addition, I have essentially become my parents’ personal IT expert, helping them set up and manage their work from home arrangements as well as figuring out the best way to hold classes and lectures (my dad teaches at a local college) and how to use conferencing programs.

What is the first thing you look forward to doing when you can go back into the office or what do you miss the most?
It’s the simple things – like hanging out in the kitchen and getting a coffee. I am a very social person, so I’m always looking for someone to talk to. I have joined in on Fridays at Four (Payette’s Friday social hour, which now has a virtual version). But what I miss the most, and look forward to doing again, is taking walks during lunch. Being able to hang out with a friend, delve into the energy of the city, people watch, look at buildings, explore a park, to name a few.

Tell us what working remotely is like now that you’ve settled in for two months
I haven’t dwelled on the fact I’m sitting here working at my dining room table but when I really think about it, I’m amazed how everything is moving along. We have weekly virtual site meetings and the project is progressing at a normal pace. I expected things might have slowed down, but that hasn’t happened. The construction manager has a great system of tracking progress though photos and videos. The team is great and I’m feeling more comfortable with the project. It’s a little challenging being new, learning on the fly and having to absorb and assimilate everything I can through phone calls rather than in person. I can’t just turn around to ask the person behind me or next to me a question, but I’m running with it.

About Emilio
Emilio spent the past two plus years with Galliard Homes Ltd in London, working as both Design Coordinator and BIM Manager on various project typologies across the office including mixed-use, residential and commercial. He also has internship experience from Elkus Manfredi and Dennis Colwell Architects. He holds his Bachelor of Science and Master of Architecture degrees from Wentworth Institute of Technology, as well as a postgraduate degree from the University of Bath in England.