Peter joined Payette in 2005, was promoted to Associate in 2006 and to Associate Principal in 2007. Peter has held leadership roles on projects for Columbia University, George Washington University, MIT, University of Washington, Harvard School of Public Health and Boston University. Peter’s intense focus on design has resulted in over twenty design awards for the firm including two national awards in 2017 recognizing the Milken Institute School of Public Health at George Washington University. The project received both the COTE Top Ten Award and AIA Honor Award for Interior Architecture. In addition, Peter leads Payette’s internal design review and pin-up process.

Here, Peter shares a bit about himself. 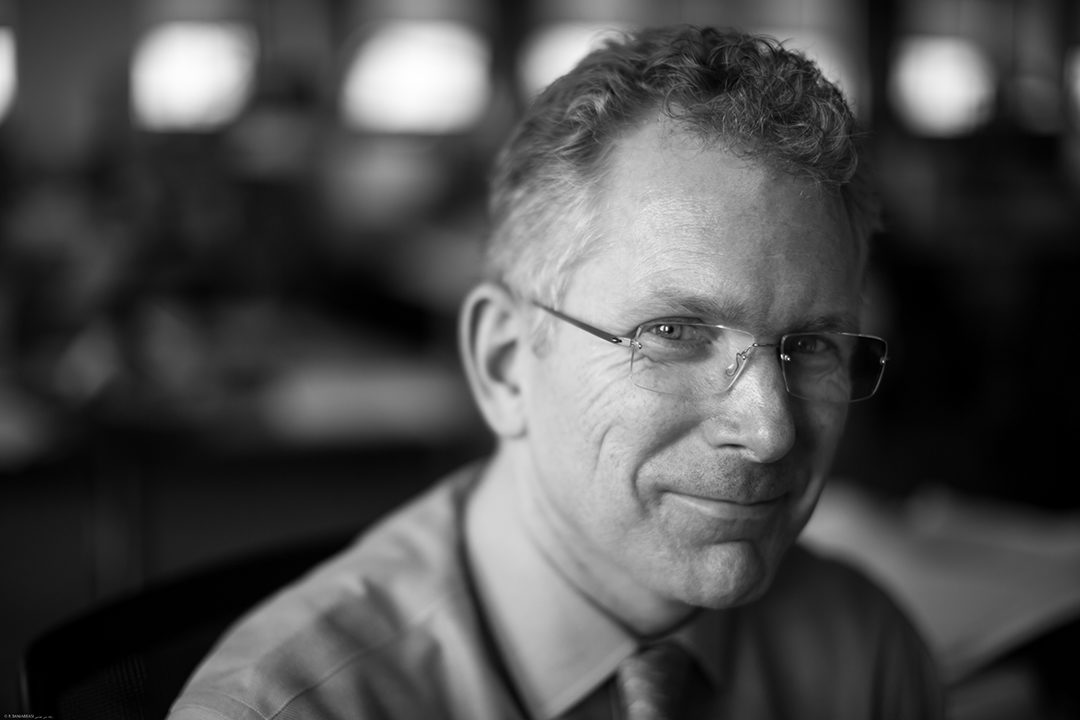 What are you working on?
Our new Northwest Science Precinct for the University of Connecticut. It’s a very exciting opportunity for Payette to transform a 1,000-car parking lot into an entirely new 22-acre sector of their main campus in rural Storrs, CT. It has been conceived of as a highly sustainable development, where stormwater retention will play a major role in the character of the campus landscape. Of course, the centerpiece of the project is a new 200,000 GSF materials science building. It’s unusual in that its research labs need to be more cellular in nature than open—which is a real departure from the kinds of labs we’ve been doing for the past decade or so.

We’re having a lot of fun exploring how to do that.

What inspired you today?
I’m inspired by the knowledge and conviction that our team will know more about our work at the end of today than we did at its start. What I mean is that, after all of these years of practice, the process of discovering unexpected surprises through the very act of design continues to excite and motivate me.

Who or what deserves credit for your success?
On one hand, I’ve benefited enormously from a number of very dedicated mentors—probably one for each significant period of my professional career—going all the way back to my first job in college. I’ve also had the great fortune to work with some incredibly talented and passionate colleagues and team members over the years.

What is your favorite Boston-area structure?
I would probably have to say the MIT Media Lab. I got to know it recently when we added a small clean room to the fourth floor of the older, I.M. Pei building. The newer Maki/Leers Weinzapfel addition is radical, yet incredibly restrained at the same time.

What architectural buzzword would you kill?
This will probably surprise some people, but it would be “transparency.” Not because I don’t like it, but because I think we’ve lost track of the fact that, in architecture, transparency often needs opacity to generate contrast, tension and surprise—the qualities of buildings that I’m more drawn to.