We are excited to announce that three of our projects received 2019 AIA New England Design Awards. The annual award program recognizes design excellence in projects in New England or by New England architects. We received a Merit Award for the Science and Engineering Complex at Tufts University, and two Honor Awards for the Interdisciplinary Science and Engineering Complex at Northeastern University and Amherst College’s New Science Center. 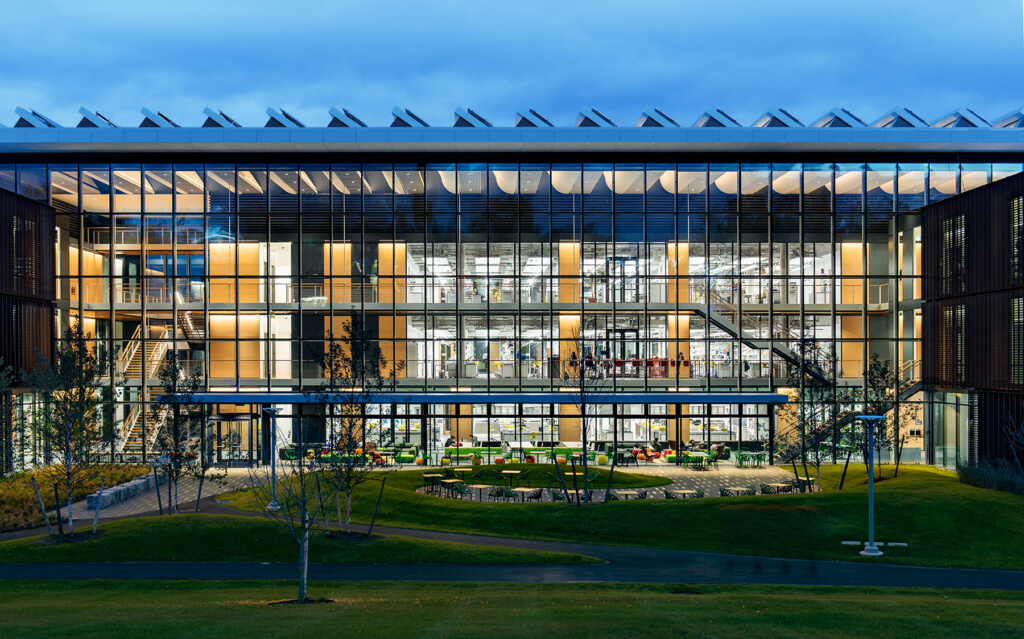 Amherst College | New Science Center
Honor Award
Meticulous craft, layered transparency and academic connectivity are the driving forces behind the new Science Center. Faced with an aging science center unable to accommodate today’s technologies, equipment and pedagogies, Amherst College sought a new, forward-looking building that would create an open learning environment for the entire campus community for the next 100 years.

Set against a backdrop of the Pelham Hills beyond, a collection of five distinct building components is nestled into the new Campus Greenway. Two high energy laboratory wings ground toward the east, and three pavilions of low intensity uses extend uphill to the academic core. A central daylight-filled Commons serves as the building’s social heart, openly welcoming the entire academic community through a campus scaled gesture — an ultra-transparent window into science.

The New Science Center is a high-intensity laboratory designed to perform with an EUI of 91 kBtu/yr/SF, reporting a 76% reduction in energy use compared to a typical research building. The building’s architectural form and social geometry are intrinsically linked to reducing its environmental impact through parametric design, energy modeling and conservation systems. Aggressive energy targets and an integrated approach to sustainability were embedded from the earliest planning stages, impacting everything from the programmatic organization to the design of the enclosure and systems. 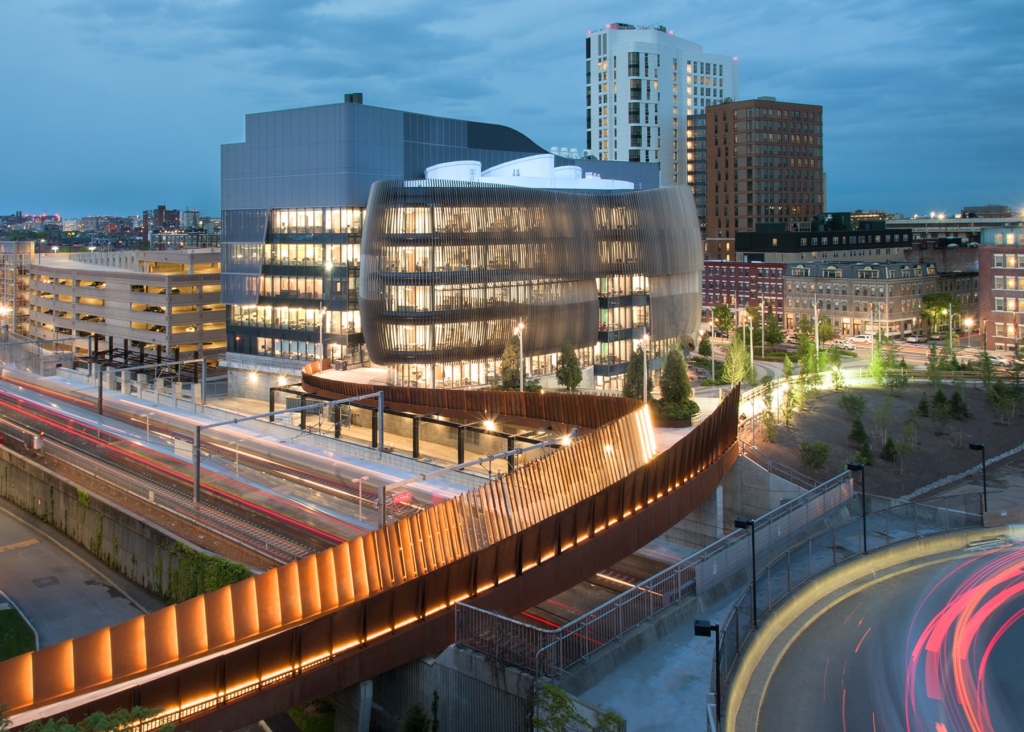 Northeastern University | Interdisciplinary Science and Engineering Complex
Honor Award
Constructed on an urban brownfield site consisting of an existing surface parking lot set between two garages, ISEC I represents the completion of the first phase of the newly planned 660,000 SF academic precinct. Flow and Movement define the form language of this building. Dynamic movement systems permeate the project, expand a campus and bridge two Boston neighborhoods. This cutting-edge research facility defines a new academic and social hub for students and allows the university to compete as a premier research institution.

The Interdisciplinary Science and Engineering Complex I (ISEC) is the first academic and research building to expand the university campus to the south of a major rail corridor in the City of Boston. Bridging two diverse neighborhoods, the building was planned along with a new pedestrian bridge and landscape intervention. A constructed slope in the ground plane creates both an accessible path to the PedX and acts as a shield protecting the site from the active tracks. The landscape is defined by paths and clusters of spaces like pebbles in a stream that lead to the track crossing and flow directly into the building with primary entrances at both the street and bridge level. A restored section of the Southwest Corridor Park is integrated with the landscape, buffering the building from the street and serving as a pedestrian and bike route. 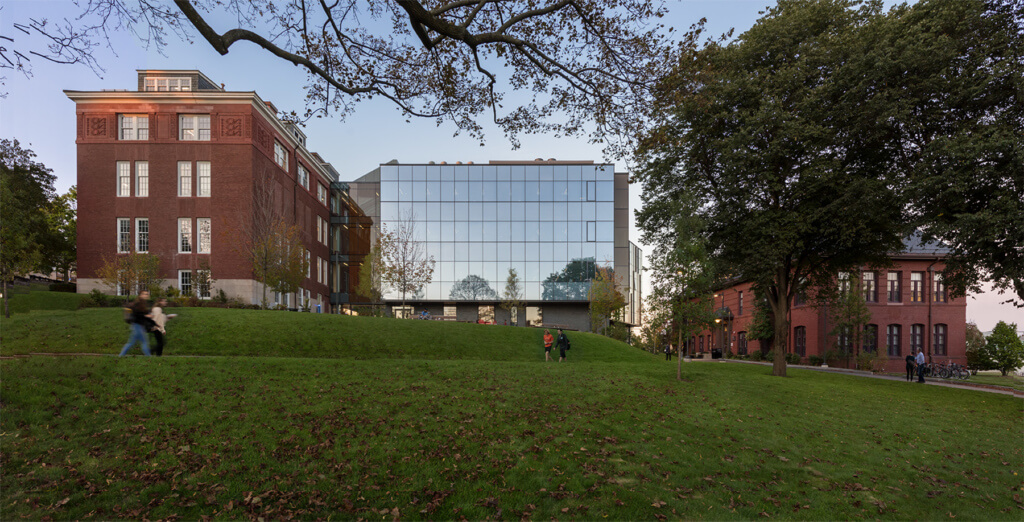 Tufts University | Science and Engineering Complex
Merit Award
A delicate glass box floats effortlessly between two historic red brick bookends. Its taut skin cradles and reflects its surroundings, complements the brick and lends quiet dignity to the existing buildings. The contingent forms shape a nested series of interior and exterior spaces that heighten awareness of the juxtaposition of old with new.

The new Science and Engineering Complex (SEC) at Tufts University is the product of a strategic infill addition that creates space for interdisciplinary research in biology, environmental science and neuroscience, while connecting two historic buildings to create a dynamic, community focused, high-tech hub for open communication and cross-pollination. The resulting academic precinct addresses the University’s desire for a critical mass of research and teaching space to support cross-departmental collaborations in an environmentally responsible manner.

Recap
This year’s AIA/New England Conference and Design Awards event was hosted in Amherst, Massachusetts. The day started with a tour of our New Science Center at Amherst College. Tom Davies, Amherst’s Director of Design and Construction, led the tour with several Payette people including Principal-in-charge Bob Schaeffner, Jeff Abramson, Sara Gewurz, Michael Hinchcliffe and Mark Oldham. As well, the event included a lively keynote presentation by Charles Mann who discussed key concepts toward envisioning and creating a sustainable future. It was great to be surrounded by such talented colleagues from New England and we look forward to the next event. 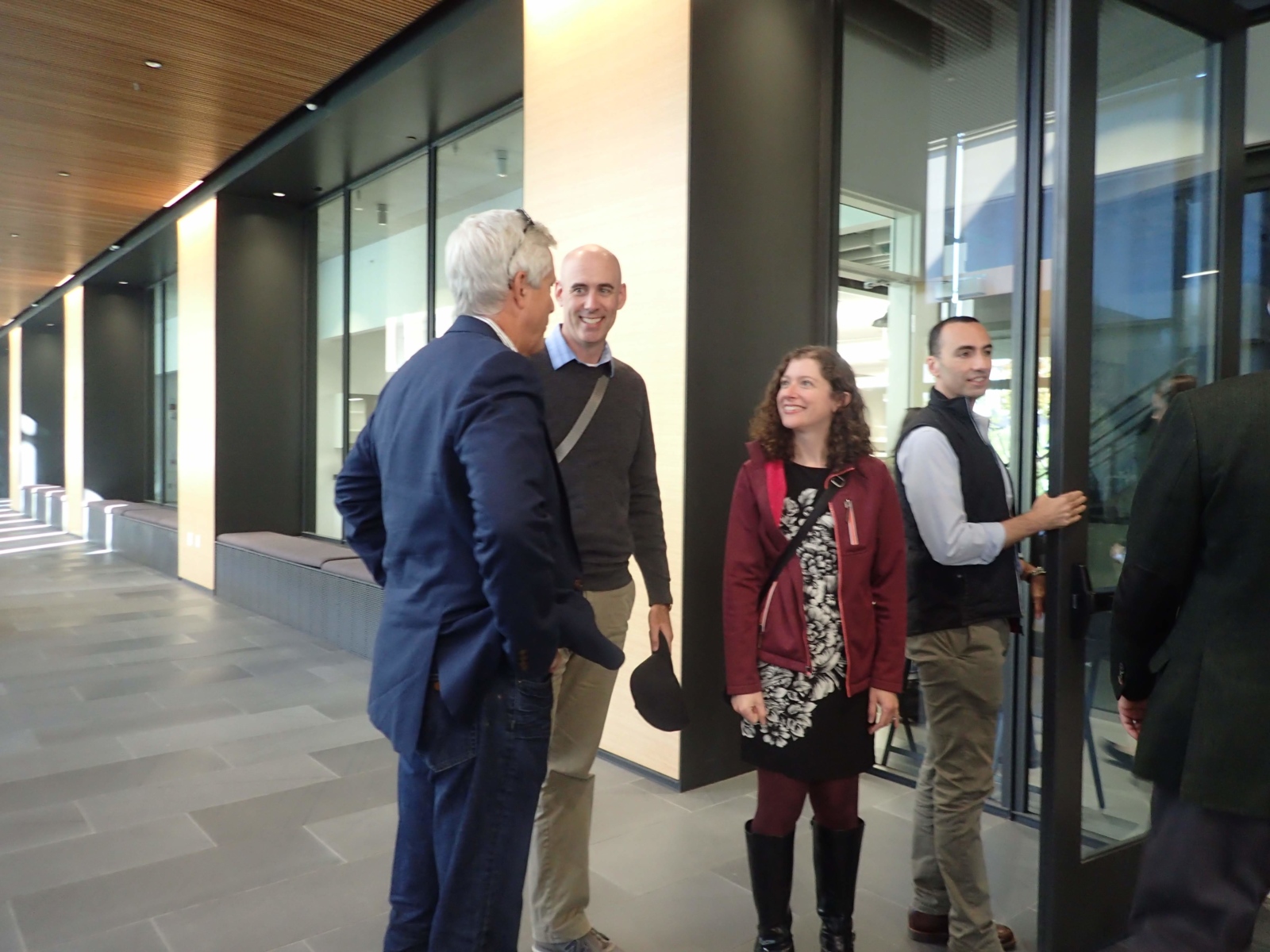 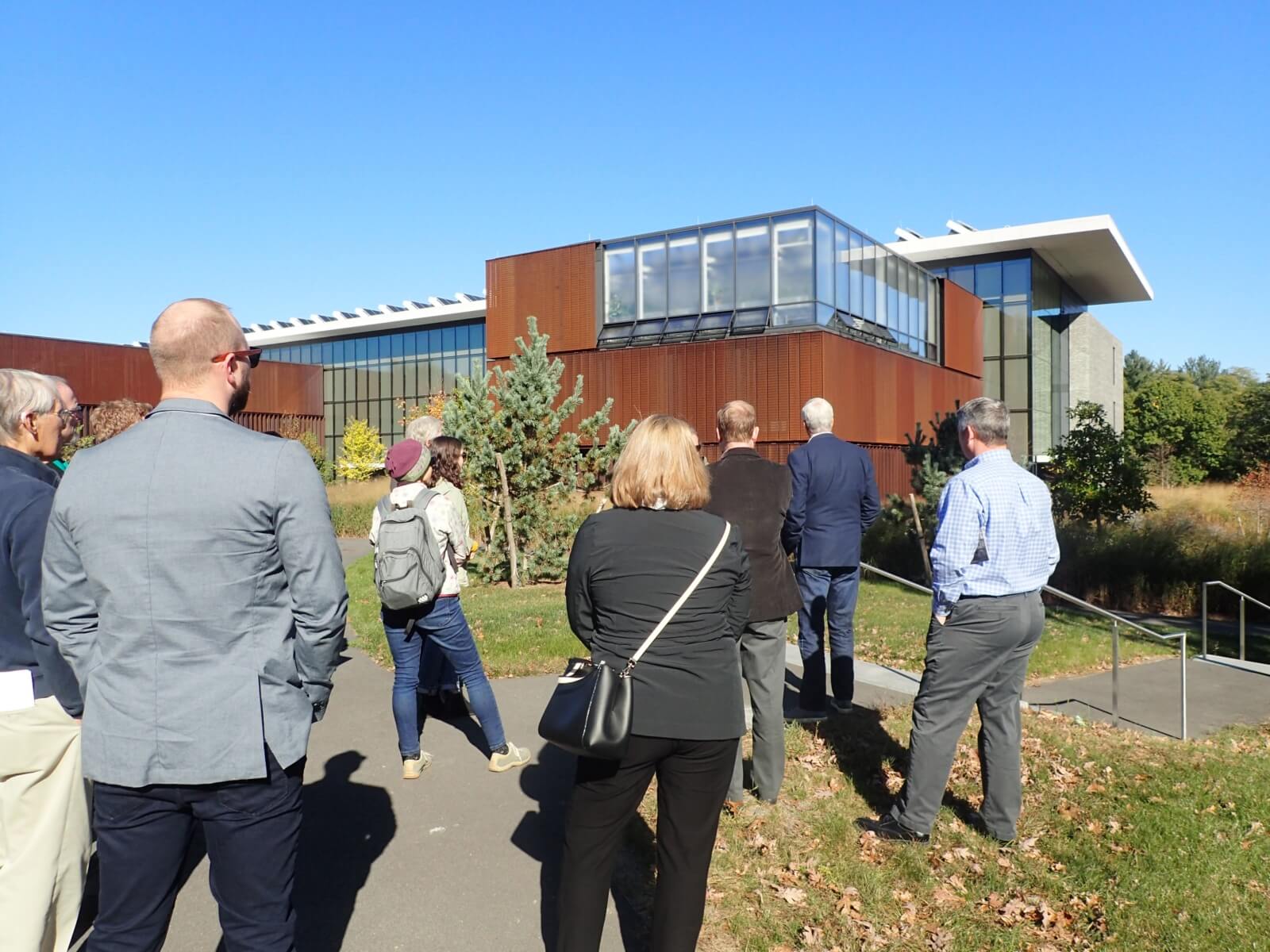 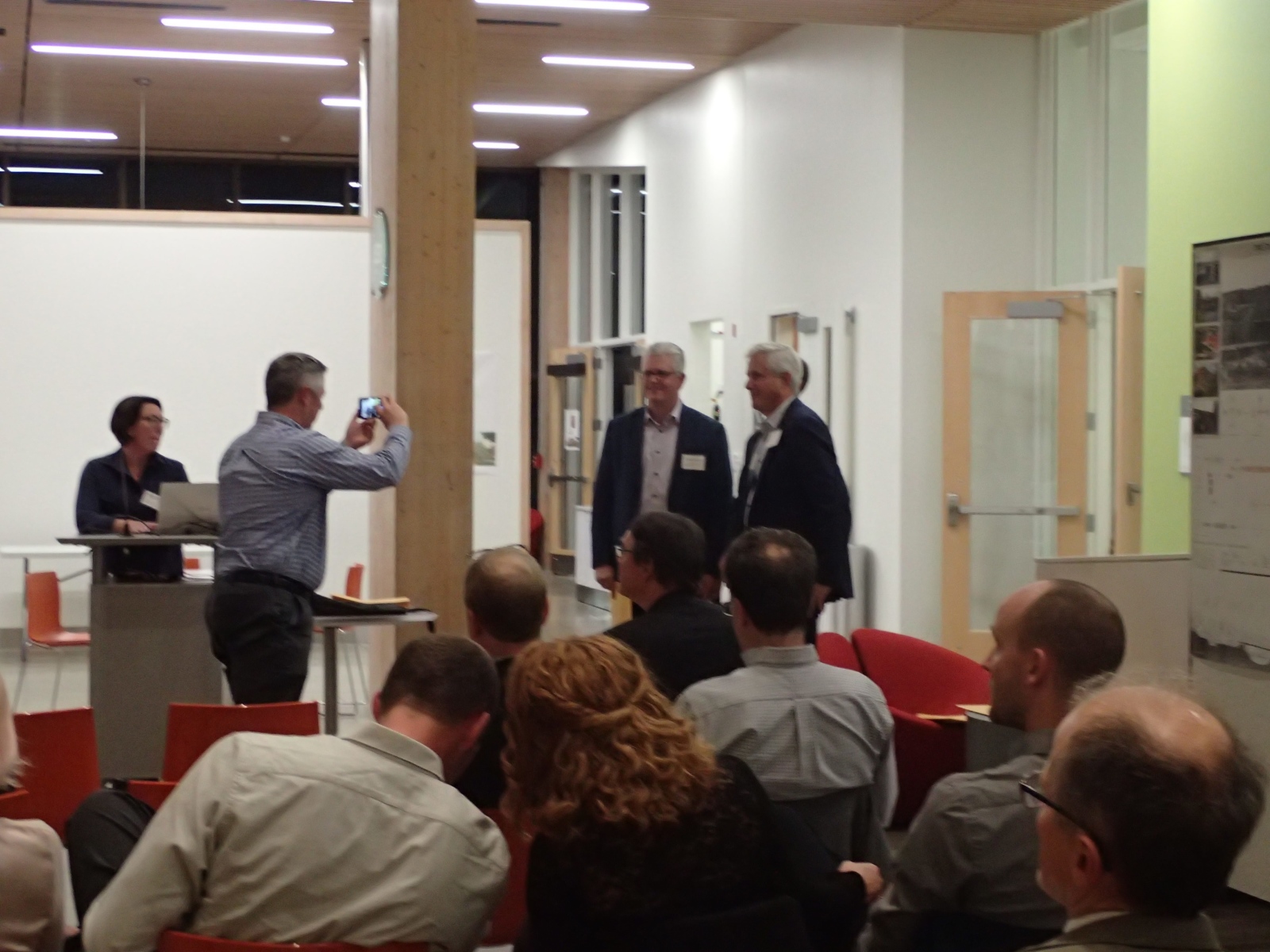 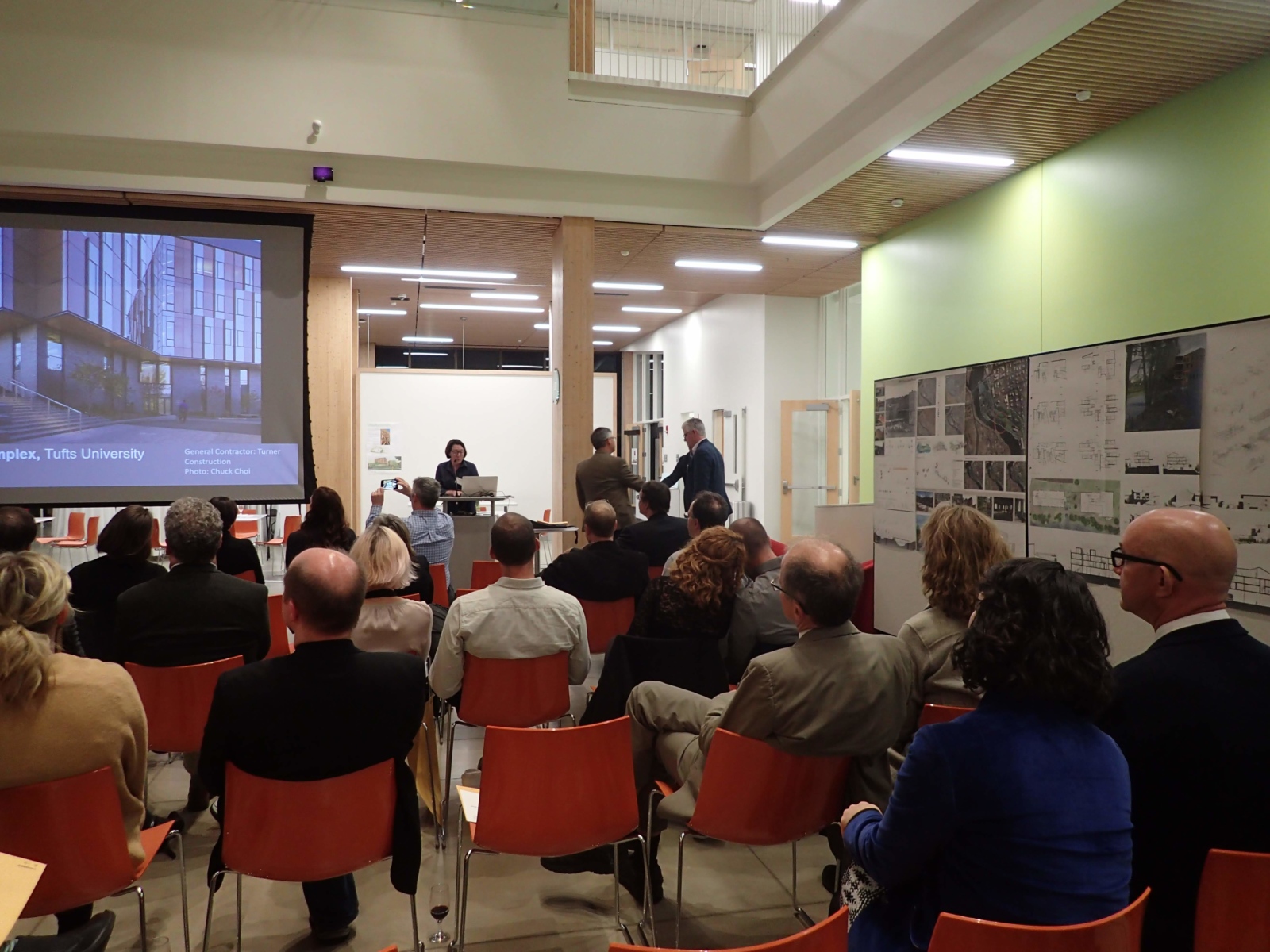 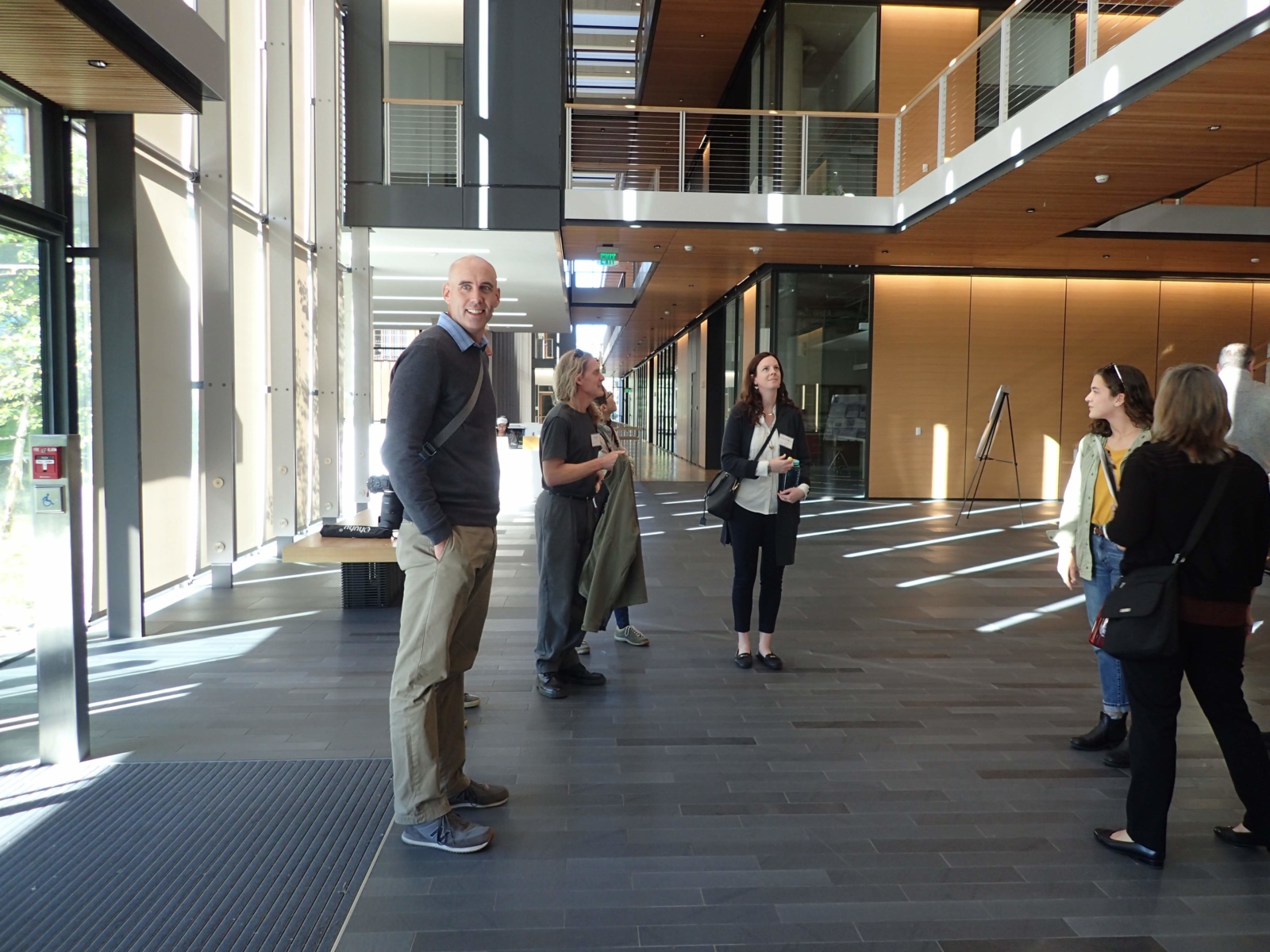