The new cutting-edge 600,000 SF academic precinct, comprised of the ISEC, EXP and PedX helps establish Northeastern University as a premier research institution in Boston, while enhancing the Columbus Avenue corridor of the campus. Constructed on an urban brownfield site that consisted of a surface parking lot set between two parking garages, the 234,000 GSF Interdisciplinary Science and Engineering Complex (ISEC) and PedX represent the completion of the first two phases a long-term vision to link the University’s Huntington Avenue Campus with Columbus Avenue, span the MBTA and Amtrak rail lines, and connect the Fenway and Roxbury neighborhoods. 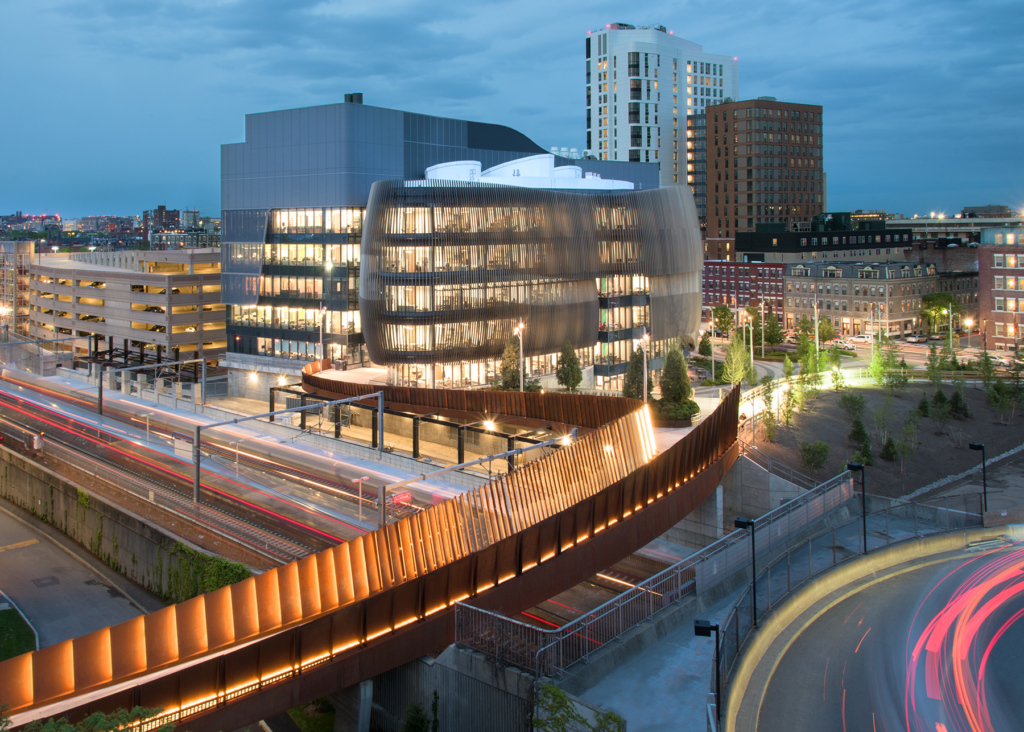 As described in a recent News@Northeastern article, Phase 3 of the precinct – the 350,000 SF EXP research building is currently in design. The building will enable a diverse network of innovators to connect and collaborate, bringing a range of knowledge, experiences and perspectives to the discovery process. It will include teaching and research labs, a café, a faculty club and green space between Ruggles Station and the Interdisciplinary Science and Engineering Complex which was named COTE Top Ten Recipient and Harleston Parker Medal, an honor that recognizes “the single most beautiful building or other structure” in Boston.

This is how we want the world to see us.

Our project team, led by Payette President Kevin Sullivan and Principal Bob Schaeffner, designed the Interdisciplinary Science and Engineering Complex, pedestrian bridge and the new EXP building to harmonize with the neighboring structures. The EXP is entered directly from the PedX at level two, immediately highlighting multi-level maker spaces and robotics labs, and employs a similar vocabulary of elements and transparencies to ISEC culminating with a two-story robotics maker space facing Columbus Avenue. 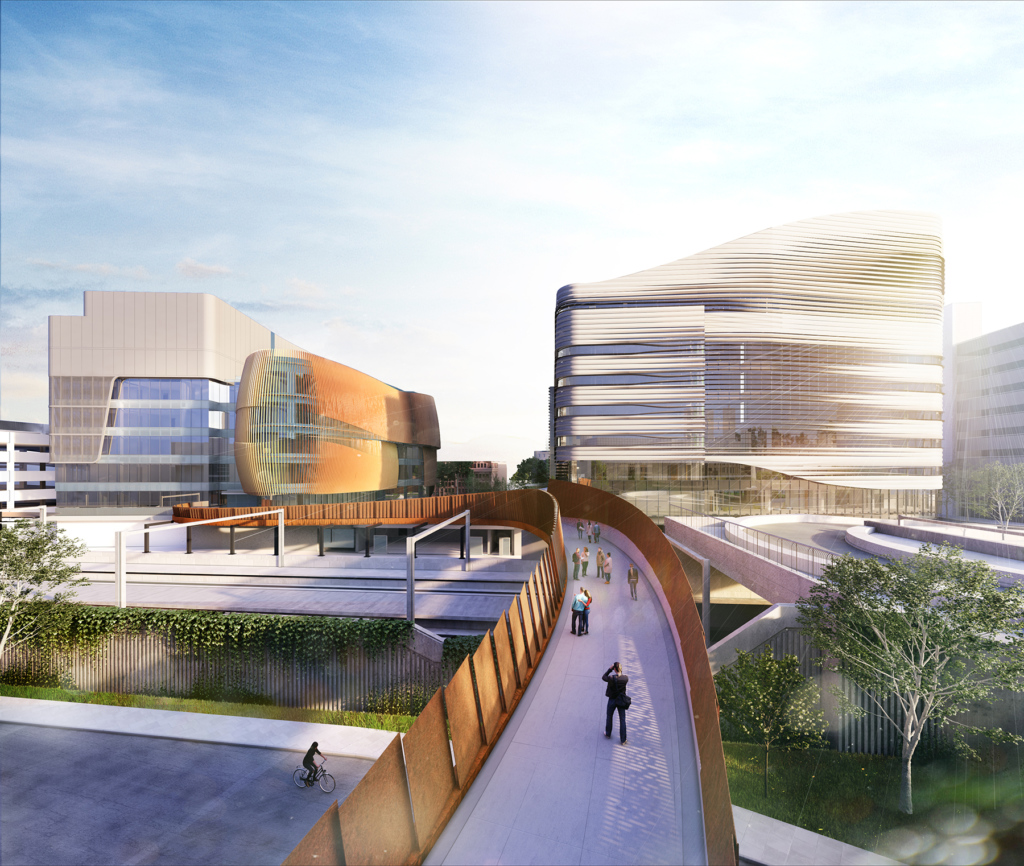 It’s very exciting, and it’s going to help us attract more top faculty and more top students because those great facilities will make it easier for them to do world-class work. It will enhance interdisciplinarity and expand our capacity so we can continue to grow.

Learn more about the EXP Building.

Congratulations to all involved- this is transformational!! Can’t wait to learn more about the newest part of this complex!