Payette Principal and Director of Building Science Andrea Love AIA, LEED Fellow, along with Rosa Sheng, FAIA, Principal at SmithGroup, Sharon Davis, Assoc. AIA, Founder/Principal at Sharon Davis Design and Jess Garnitz, AIA, Stantec, spoke with Architect Magazine about professional advancement as an architect and what can be done to keep women in the field. 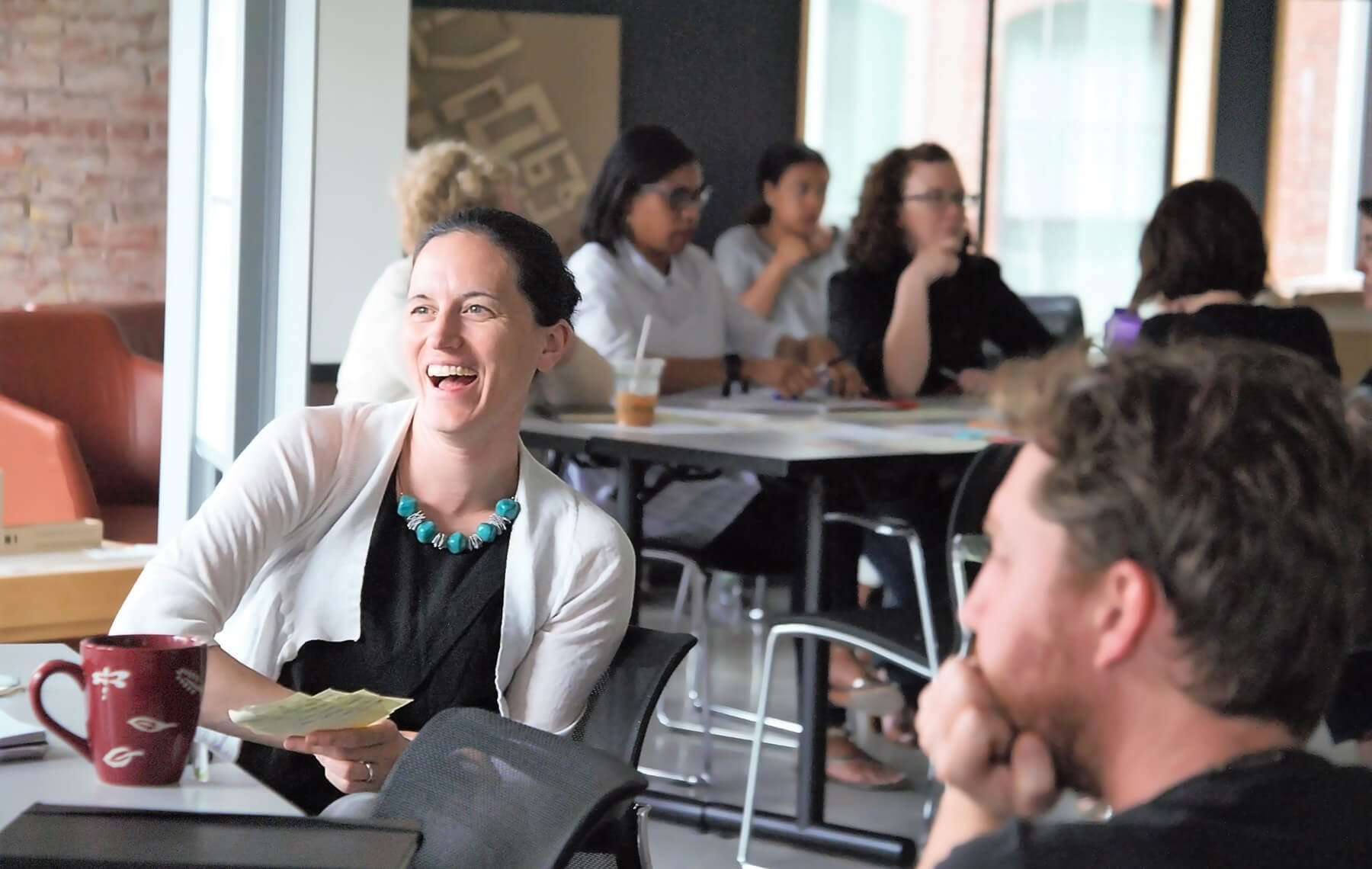 For a profession with such a long history, architecture has evolved very slowly in one critical way. Although women and men now enroll in architecture school in roughly equal numbers, it’s still a vastly male-dominated profession, with women representing only about one in five licensed practitioners.

The opportunity for women to lead is the best path forward for representation, career fulfillment, and a secure future for firms. The 2018 survey report shows that the share of women in principal or partnership roles at architecture firms has increased by 18 percentage points in the last 10 years, with a 10 point gain in just the last two years. Women in firms across the country are staking a claim for themselves, and firms are rapidly supporting them.

Andrea Love is a prime example of this. Andrea joined Payette as a Building Scientist in 2011, was promoted to Director of Building Science in 2013, was elevated to Principal in 2017 and joined the firm’s Board of Directors. Her deep understanding and passion for sustainable design is evident in everything she does — from her influence on the way we practice architecture to her status as a highly sought-after speaker.

Keeping young professionals on the licensure track and providing career fulfillment so women don’t seek opportunities elsewhere is imperative for today’s architecture firms. The 2015 survey found that women leave the profession for a variety of reasons, including inequitable pay, lack of advancement opportunities, inflexible schedules and long hours that might be incompatible with raising a family or maintaining a work-life balance.

One of the things I really like about Payette is that there’s an interest in longevity. It’s not just a place that people come to work for a year or two years, get burnt out, and go somewhere else. It really is about trying to create work-life balance; it’s a place you stay for your career. There’s an interest and emphasis in trying to help develop people.