Payette Director of Building Science Andrea Love speaks with the Boston Globe for the Ideas Section article on sustainable design and all glass buildings. 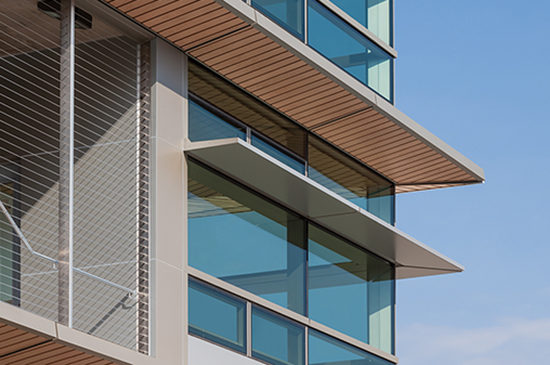 Boston wants to fight climate change. So why is every new building made of glass?

If architects, planners, and public officials in Boston mean everything they say about sustainability and climate readiness, why is the city’s latest construction boom filling the skyline with so much glass? From the shimmering height of the Millennium Tower to the waterfront views of 22 Liberty, and a boxy office and condo complex going up at Pier 4, glass exteriors have become a major feature of today’s urban landscape. Just as we associate periods in Boston’s history with specific materials and styles — like 19th-century brick apartment blocks and 20th-century monumental concrete forms — glass is the material of the moment. The new buildings mimic others being erected in New York, London, Dubai, Singapore, and other cities around the world. Glass walls have become a shortcut for architecture that is sleek, cosmopolitan, and of-the-moment.

What’s so problematic about glass walls? In Boston’s climate, the biggest problem is a lack of insulation. Unlike opaque walls, glass allows heat to pass in and out easily. A 2014 report from the Urban Green Council in New York found that glass buildings have insulation values equivalent to medieval half-timber houses.

“You have to now put more heat in your building to make up for that glass,” says Payette Director of Building Science Andrea Love. On a cold day, glass walls will make you feel chilly, even if the air temperature in the room is comfortable, because your body loses heat to the cold surface. And as Love explains, they create a chill-inducing draft, as warmed air hits the top of the glass wall and falls. Perimeter heating systems are often needed to make up for these discomforts. In the summer, solar energy heats up surfaces inside, requiring more air conditioning. All-glass buildings often need constant heating or cooling to maintain comfortable temperatures. In an extended power failure, temperatures in a glass high-rise could quickly rise or fall to dangerous levels.

While some glass towers earn LEED ratings for sustainability, Andrea explains later in the article that those ratings are in spite of the glass, not because of it.

Having an all-glass facade is never the more sustainable option. A better strategy is to deploy glass on certain sides of the building but not others, or in a central atrium to bring in light to key spaces.