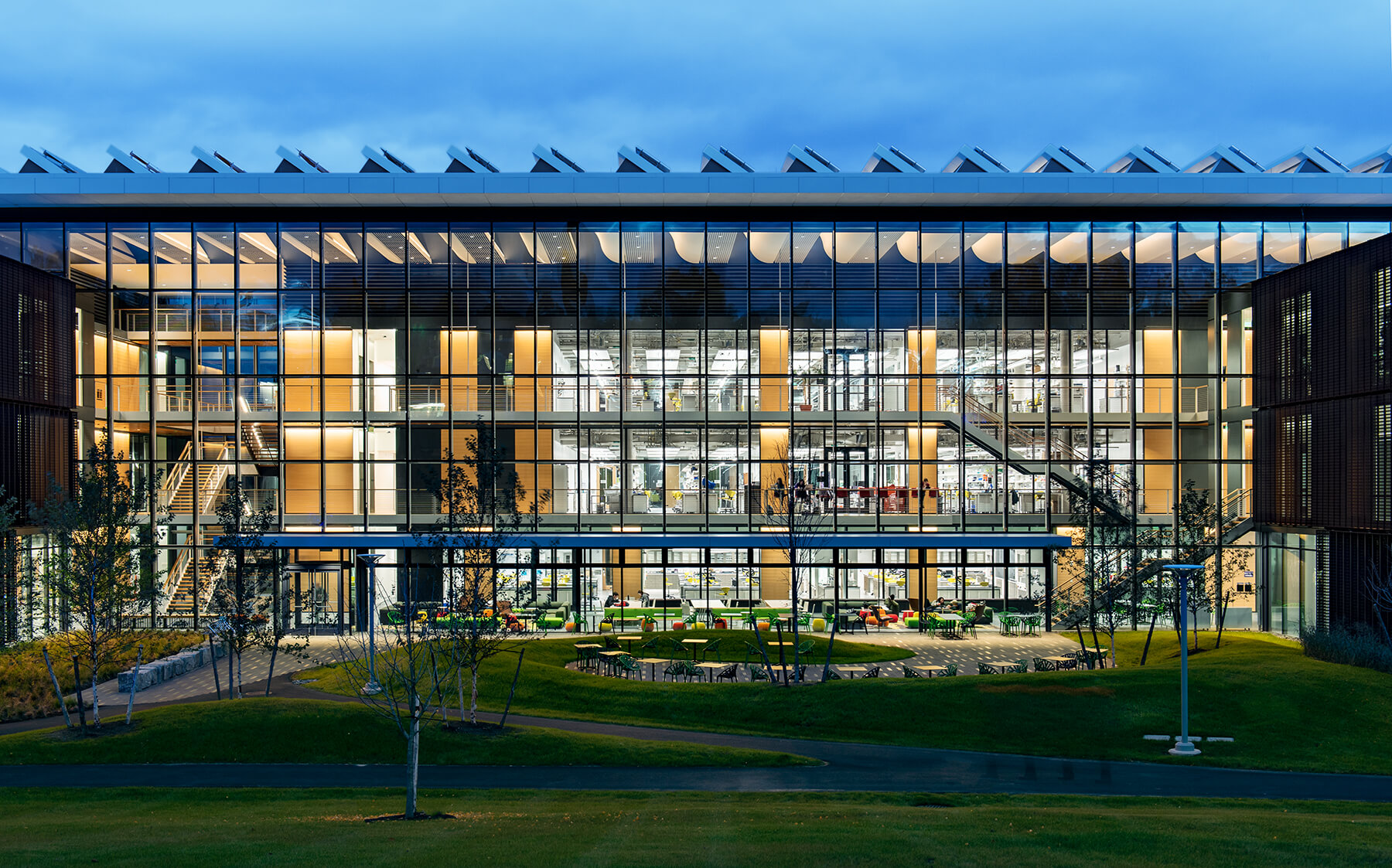 The Science Center anchors the eastern edge of the College’s beautiful hilltop campus. Set against the Pelham Hills beyond, a collection of five distinct building components is nestled into the new Campus Greenway. The components—two high energy laboratory wings tucked into the hillside to the east, and three pavilions of low intensity uses extending west toward the hilltop academic core—are organized around a central commons and unified by dramatic roof canopy.

In the article, Amherst Psychology Professor Catherine Sanderson described the previous science building, the Merrill Science Center, as closed in on itself — hardly the place for students to voluntarily hang out. When the architects told faculty that students would frequent the building, Sanderson was “very very dubious.” But one Sunday night, she walked in to find groups of students studying, working and chatting with each other.

It is truly where students are all the time and I love it. I think it's really changed the culture of the place beyond what my own expectations are.