Currently in design, the Penn State College of Engineering West Buildings consist of two different projects, West 1 and West 2, both of which are located on University Park’s West Campus. These buildings will become the anchors for a re-imagined West Quadrangle on the University Park campus, defined by the Leonhard Building to the south, Applied Science Building to the east, and Earth and Engineering Science to the north. I recently had the opportunity to fabricate and coordinate the making of models of various scales for both building teams.

The intention of building the models ranged from highlighting the social spaces of the buildings, the programs held within and how the massing of the buildings addressed the constraints of the site.

Today, I reflect on the process.

The Context:
Going into the model-making process, I worked to get as much information from both teams as possible about the individual buildings. The main priority is to understand the design intent, and what the models should illustrate. While working on the Penn State models, we reviewed many questions: Is it intended to communicate many ideas at once? Is it a series, a narrative? Are they program driven? Are they massing models? Can we illustrate the section of the building?

Once answered, I was able to offer some suggestions about the quality of the models, which materials to use and provide insights regarding which models were previously successful. The next step was to determine the scale and the scope of the site models. Given that both buildings are in such close proximity to one another, a site model that included both buildings at a massing level made a lot of sense. 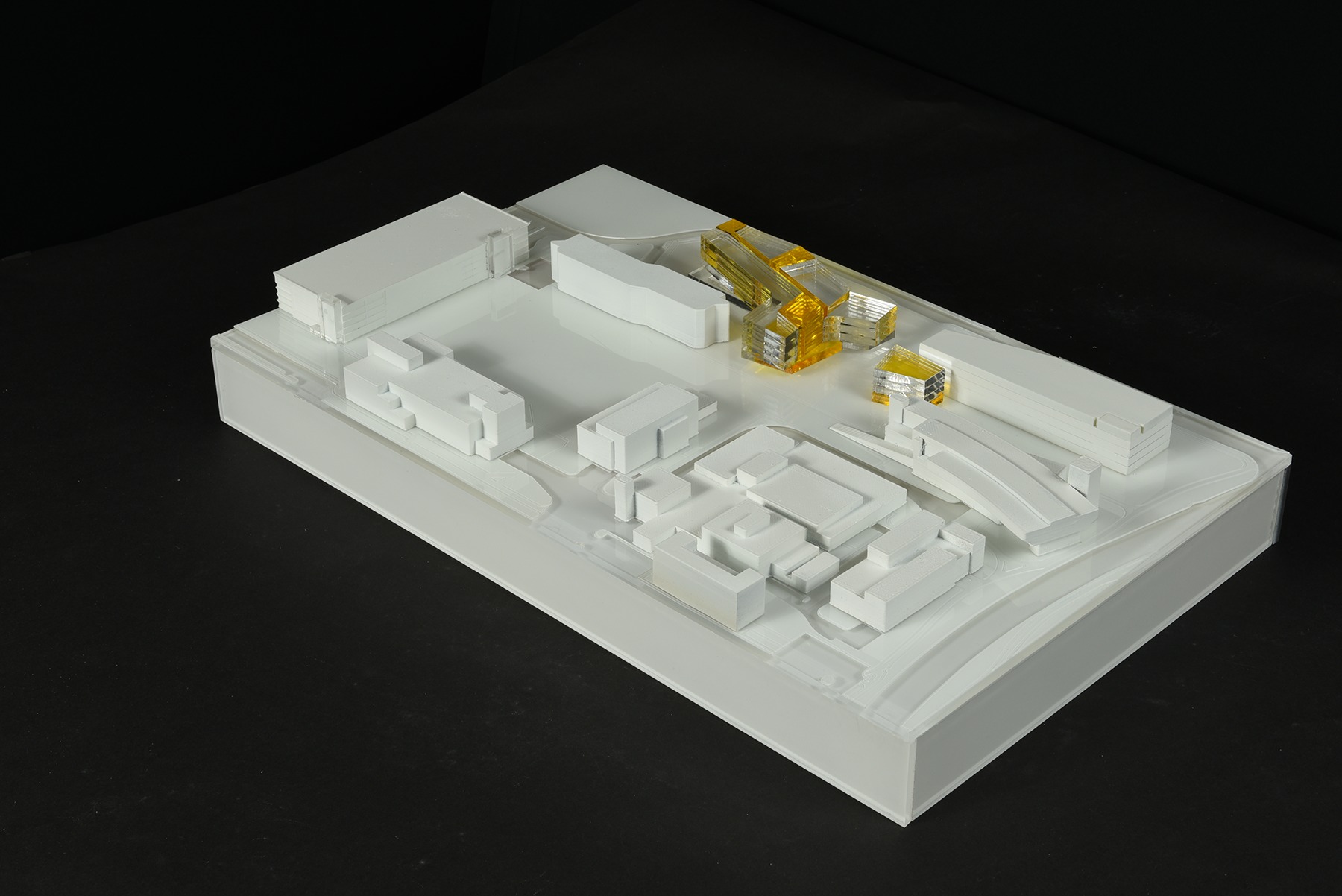 The West 2 team developed ideas about the programmatic stacking, the sectional qualities of the building and thoughts about the cores, entry and had a clear idea of the site location. This was the driver for a larger scale model. This model was intended to be diagrammatic, with pieces to be removed and inserted to offer flexibility, and to use the model later as a tool for studies of a similar kind.

Since the Penn State team were flying to State College with the models, both models had to be adapted to travel in a case which fits in a typical airline carry-on compartment. This meant that we would have to plan for the model to be small enough to fit within the thickness of a purpose-built box, indicating that the model of West 2 had to be split and made in two pieces. Between choosing the site, the scale and the dimensions limited by air travel, I met with the teams to finalize the scope of the model to ensure that it captured the desired context for the buildings. 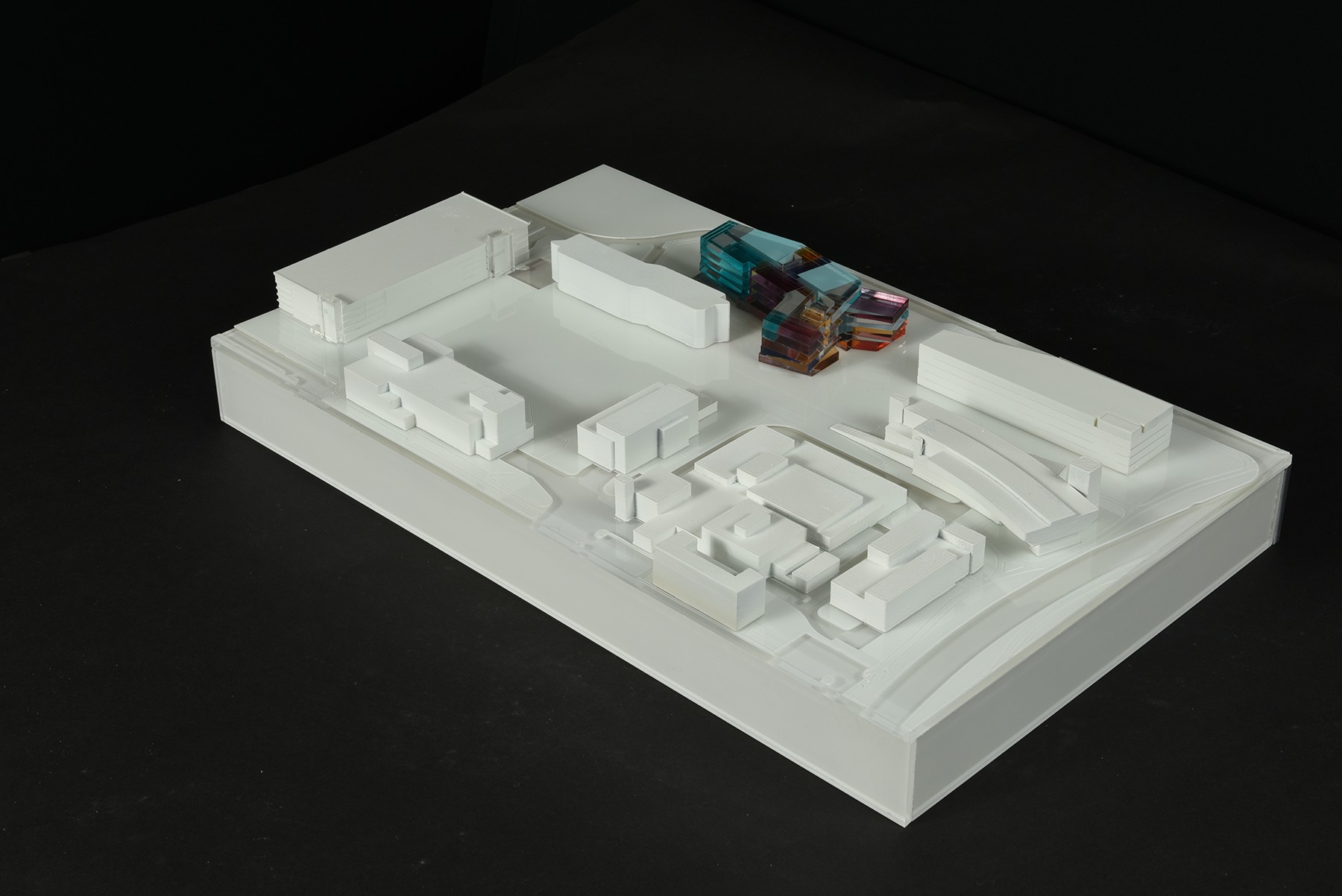 We had just one week to complete two site models, a sectional model and a series of massing models at both scales. I used the entirety of the model shop’s whiteboard to lay out a schedule, the deliverables, the daily goals to achieve those deliverables, and a list of the outstanding items that was updated daily, and became a constant meeting place for our team, which included myself, two full-time staff and two interns. It was here where we made sure our own personal assignments were on track, and a place for me to organize many disordered items, as well as a place to get a sense of how everyone was feeling about the work.

One of the greatest challenges of the model making process was making sure that each piece was moving forward in parallel with the development of the design. Because the team was updating and developing design decisions in many different mediums, we began the fabrication of the site models before the models of either West 1 or West 2. Once we received drawings, as well as further direction from the teams, it was possible to overlap the progress of these pieces.

The Fabrication:
To fabricate these models, our team made significant use of the laser cutter, 3D printer and chemical welding to fuse materials such as acrylic sheets of varying densities, walnut veneer and basswood. For one of the models, walnut was used to express the solidity of the building support cores, and a transparent shell was made to hint at the façade and roof. The 3D printing allowed us to work while the printers made progress, and with some sanding, priming, and painting, they were ready for the model. 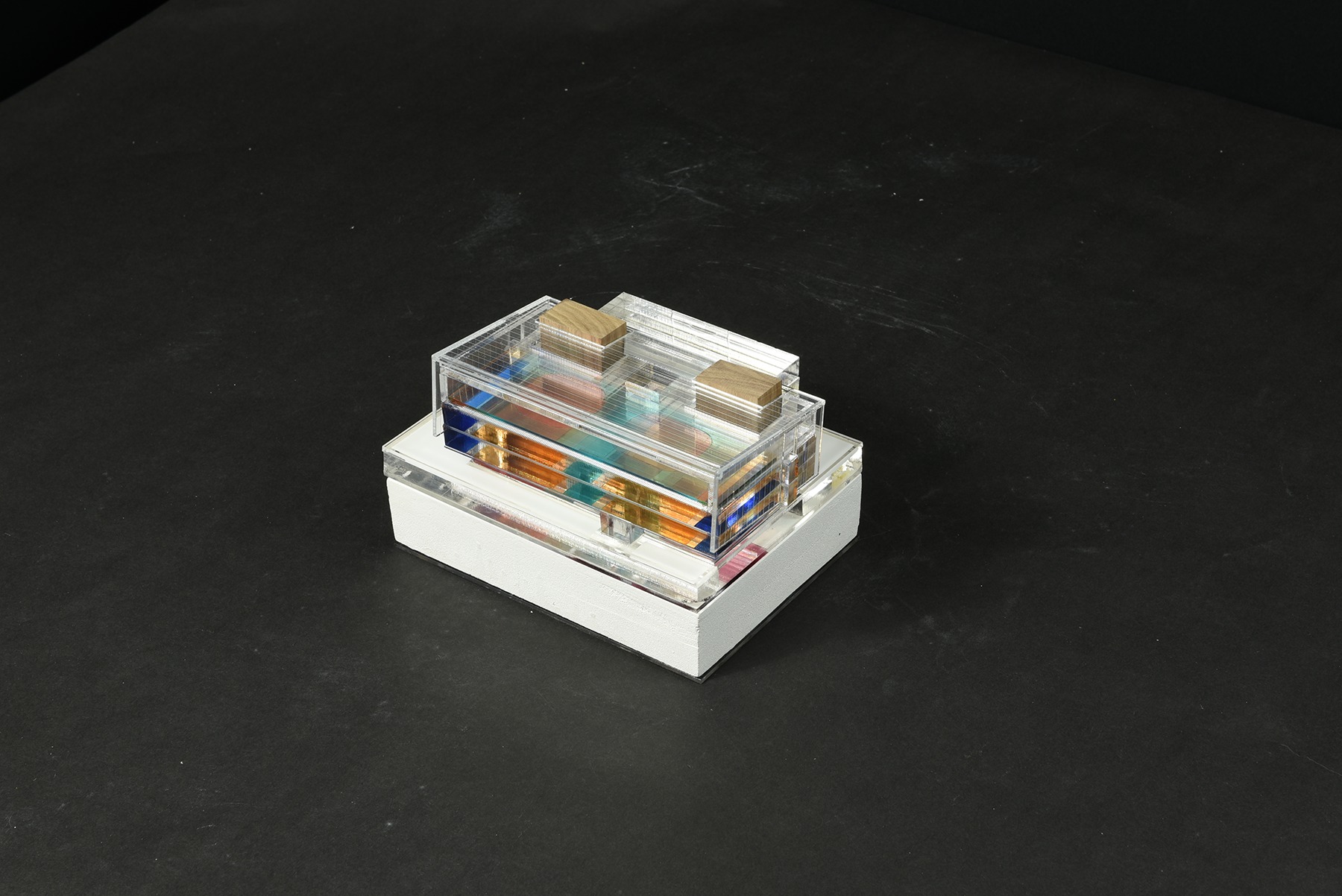 As we worked, we sent updates with photos of the process to the team to summarize the progress, uncover questions and keep track of outstanding items. After the models were assembled and glued up, we photographed them to document our work. I was pleased with the quality of the models considering the intent of the design and the amount of time we had to complete them. I deeply appreciated the role of coordinating this effort and enjoyed working with two teams in this manner simultaneously.