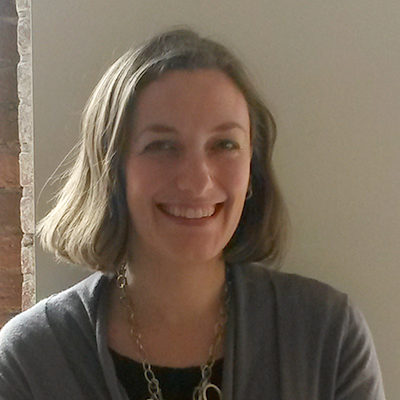 A recent Slate piece written by Jake New discussed the pink color scheme applied by the University of Iowa in the visiting team’s locker room. This design decision, initiated by former university football coach Hayden Fry, is meant to taunt Iowa’s opponent; to get in their heads. The institution doubled down on the pink in 2005, with a full-scale renovation of the locker room that incorporated pink lockers, showers and urinals. In 2014, the locker room garnered a bit of media coverage when faculty member Kembrew McLeod protested this ongoing psychological stratagem. McLeod claims the use of pink to taunt the visiting team is sexist and homophobic.

Setting aside for a moment the potential problem of connecting a “feminine” color to weakness of any kind, the Slate piece goes deeper to point out that it’s a little strange that the pink/purple hue itself is so strongly tied to the notion of the feminine. I mean, how did this happen? Historically, it was not the case. The pink-is-for-girls, blue-is-for-boys convention is actually a relatively recent development; the manufacturing and retail trends of the 1940s were a main catalyst. Indeed, in the early part of the 20th century, the convention was reversed! Pink was considered bold and energizing and thus appropriate for little boys, whereas blue was considered calm and soothing and better for “delicate” little girls.

In the mid-20th century, pink enjoyed a prolonged moment as the color of choice for kitchen and bath fixtures. Yes, this trend was popularized by a woman, Mamie Eisenhower. But one assumes men lived with pink too, without viewing it as psychological warfare. The tide then turned towards mustard and avocado before (thankfully) returning to a preference for white fixtures. If you’ve done any house shopping in the Boston area, I’m sure you’ve seen all these eras manifested. Pink fixtures are so often a casualty of renovations that they even spawned a movement, “Save the Pink Bathrooms.” 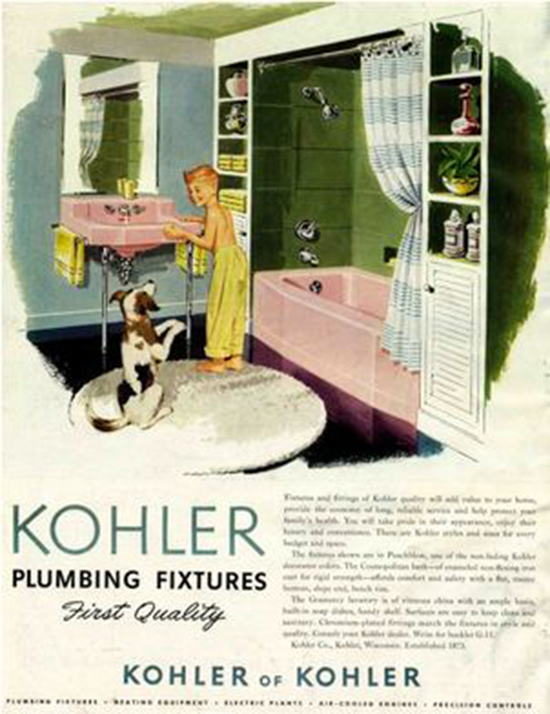 In the past decade or so, pink has been even more strongly associated with the female gender. Consider the omnipresent pink products associated with breast cancer awareness. The lineup now includes machine guns and drill bits. There has also been much written about the overload of pink products marketed to little girls. This dichotomy of gender-specific product marketing is poignantly illustrated in the photo series “The Pink & Blue Project” by JeongMee Yoon.

As interior designers, do we find ourselves avoiding this portion of the color spectrum because of these strong associations? Do we sometimes rule out an entire family of hues because that part of the electromagnetic spectrum has been declared “girly?”

Perhaps it is time to reclaim the fan deck for all, and utilize pink the way we would any other color. Would that begin to remove some of the intense gender-political charge that this color seems to possess? I, for one, would love to see us let go of some subtext and just paint it pink once in a while.

Great blog, we have a pink and white dinning room and I must confess I never thought of it as a feminine color, just a great color for that particular room in our house. That said there is nothing else that is pink in the house.