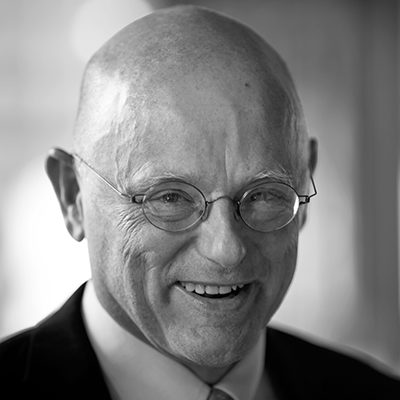 Our architectural office is located in a reconstructed group of historic buildings, previously Russia Wharf and now renamed Atlantic Wharf. As part of that redevelopment, a lobby space was created at 290 Congress Street which we use every day to enter our office on the fifth floor. As such, I’ve had an opportunity to observe the use of and the behavior in this lobby space over the last 18 months. I believe the large lobby space was created by the developer in negotiations with the Boston Redevelopment Authority (BRA) and is an open space that can be used in a variety of functional ways for the benefit of the City. When there is no large event in the lobby, a series of café style tables and chairs exist so that individuals could use this as a place to sit, talk and eat. The space abuts the Boston Society of Architects’ (BSA) office and gallery space. On occasion the BSA places exhibits along the lobby walls, as well as installations in the lobby floor space.

Most recently, the BSA installed a full scale mock-up of ADD Inc.’s micro apartment unit model which was displayed at Architecture Boston Expo (ABX). Much has been written about the exhibit, which is very interesting and something I highly recommend visiting, and so I will not comment further on it.

Rather, I would like to comment on how the mock-up has changed the feel of the space and appears to have encouraged and made appealing the use of the existing café tables. My sense is, the very act of placing such a large object in the space has humanized the space and made it a more interesting place to sit. Soon this installation will be removed and the reinvention of the space is crucial to its vibrancy. At that time, the space will once again be become a large open floor space that can houses small concerts, presentations and parties as it has previously.

Yet I hope the BSA will establish another installation which similarly creates a scale which allows for more intimate use, much like the manner supported by the ADD Inc. installation. The most interesting aspect of this observation is not that the space should exclusively be one or the other, but rather, the space is clearly affected by and affects the behavior around and within, something one understands if you see nuanced changes every day. As so many new projects continue to include atria and interaction space, it is a reminder of how sensitive these spaces are to scale, proportion and intimacy, and how subtle changes in those factors change how comfortable certain behavior is in those spaces.

It is terrific that the BSA has become a tenant that greatly influences the personality of this space. Let us hope in the years to come the BSA has the right to influence as to how this space is programmed, not only for the betterment and enjoyment of those people who use it, but also as a laboratory that allows us to understand how and what we do affects those who use the spaces we create. 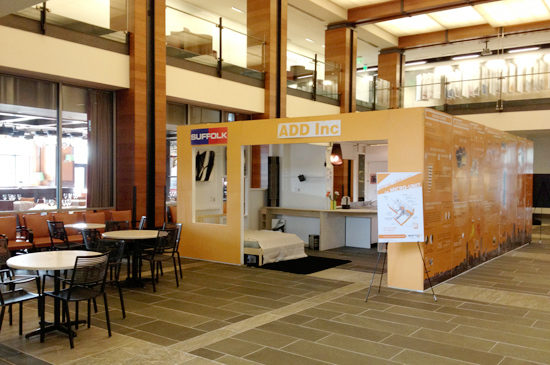 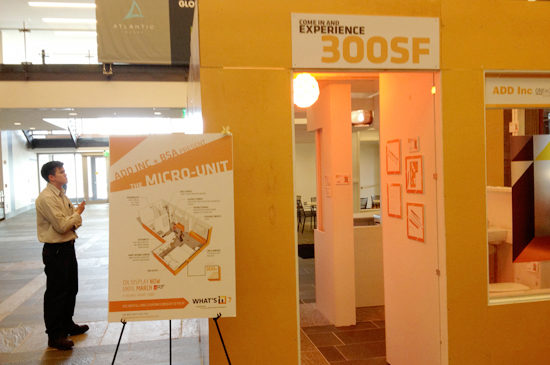 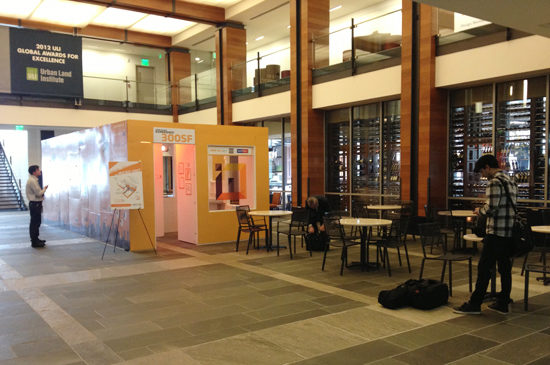 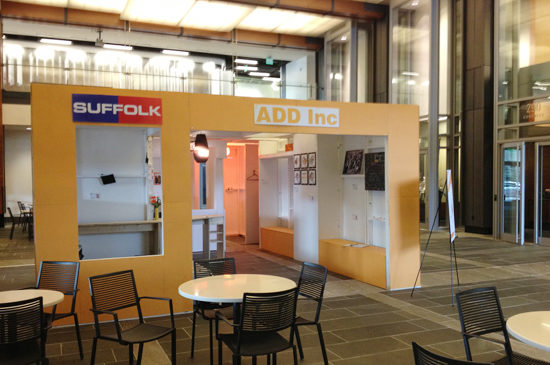 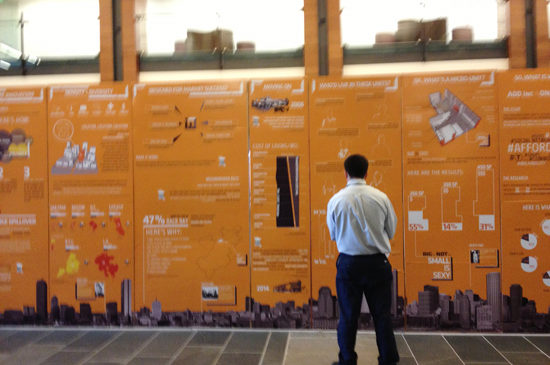 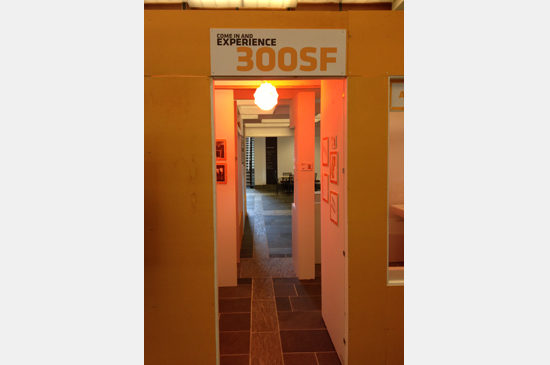 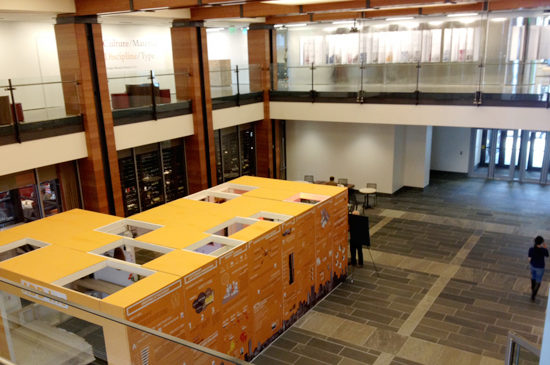 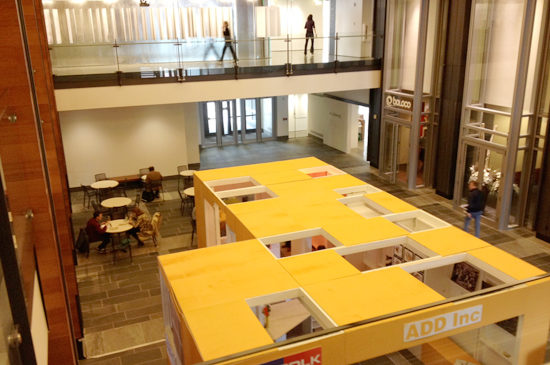