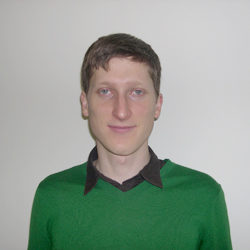 Timothy Cooke along with Andrew Ferentinos, Carolyn Spinney and Matthew Bunza participated in a design competition, Add-on’13, organized by the BSA Cape and Islands Network. The competition aimed to generate ideas for affordable and multigenerational dwelling units on the Outer Cape. Entries are on display at the BSA Space through November 15, in the exhibition Conditions / Environments. Learn more about Cooke’s team project, Elemental House.

The design of the Elemental House is a response to Wellfleet’s rich historical landscape of modern architecture and the traditional New England saltbox house that is indigenous to the region.

Edward Hopper’s paintings serve as our guide for the sensibility of new architecture on the Cape. Spending time on the Cape, Hopper painted landscapes depicting the simple platonic forms of buildings under the play of light and shadow – an image that describes not only the traditional saltboxes of Cape Cod but also many of the modern experimental homes that populate Wellfleet. Our aspiration is to continue this thesis of pure-forms-in-light in order to preserve the Wellfleet landscape in anticipation of the increased density precipitated by planned add-on structures. 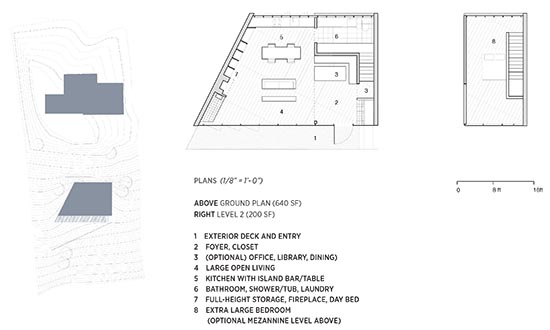 Based on the Usonian House concept developed by Frank Lloyd Wright in the early 20th Century, Elemental House is an alternative to designing a single prefabricated house that typically becomes repetitive when more than one is built in the same location. Rather than proposing a single design to be repeated throughout Wellfleet, our proposal can be thought of as a menu of building elements that can be assembled into a variety of unique configurations. This results in the flexibility of design options, the personalization of space, and the enhancement of a landscape with character.

At 91 Pine Point Road, the elements are assembled to take full advantage of the site-specific conditions, resulting in a southerly-oriented design that incorporates passive solar principles. The southern façade is maximized for solar gain in the summer and south-west breezes that arrive off of the water. The building is lifted off of the ground to minimize moisture migration from the damp Cape Cod conditions while also allowing airflow for ventilation and cooling in the summer.

The ground level consists of an extra-large loft-like layout with a generous deck facing ocean views. The western wall is angled in a gesture to preserve views of the ocean for the neighbors. The second level contains the bedroom and extra flexible space as needed for living.