Every spring the Boston Society of Architects (BSA) hosts a Pictionary-style tournament called “What the Sketch?” We had a great time competing last spring (and won!). The event inspired our Young Designer’s Core (YDC) to organize an internal event we called “Sketch-It!” 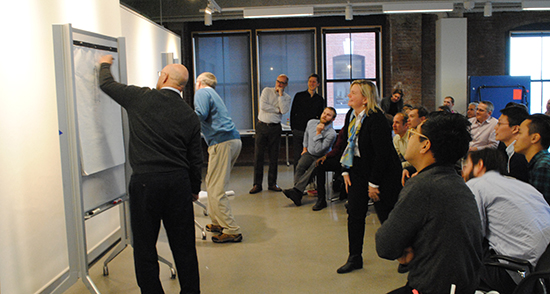 With four teams in play, we had the Principals on deck as the sketchers for their teams. Each team had five guessers and the tournament was administered and judged by our current YDC co-chairs, Hilary Barlow and Jenny Ratner.

Each team faced off once and had seven minutes to sketch and guess as many buildings as possible. The teams had to guess the building and architect correctly. We tested our collective knowledge of iconic buildings and a few landmarks across the globe. We even threw a few Payette buildings in to the mix! 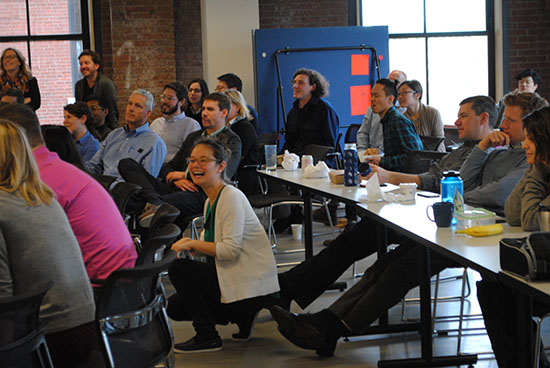 We held the “tournament” during lunch so the rest of the firm could join in, cheering for the teams. One team in particular dominated the competition with Bob Schaeffner at the helm, sketching madly for his team.

We had great fun testing our architecture knowledge and testing the Principals’ ability to quickly create a gestural sketch. We didn’t realize what an adrenaline rush Pictionary could be!

Congratulations to the winning team! 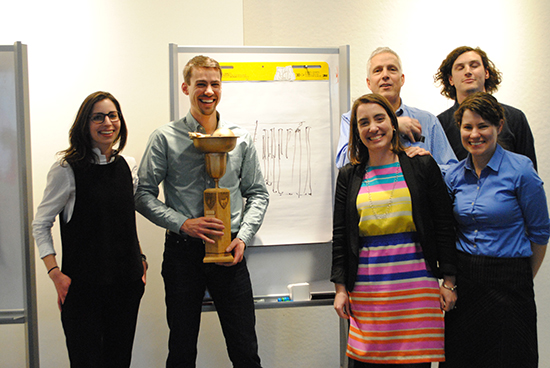