We are honored and humbled to be recognized by the AIA with the 2019 Architecture Firm Award. While this honor recognizes the firm we are today, it’s also a reflection of our history.

Our roots extend back to 1932, when Fred Markus, an engineer, and Paul Nocka, an architect, founded Markus and Nocka, a small architecture practice in Boston that focused exclusively on hospital design. Long before evidence-based design became fashionable, Fred and Paul used time-motion studies and extensive, firsthand observations to develop a detailed understanding of how hospitals worked and how they could be made to work better. Their practice encompassed nearly every aspect of a hospital’s physical design, from the patient room to the surgical theater to the production kitchen, and their findings were widely published in the 1940s, 50s, and 60s.

Tom Payette, for whom the firm is now named, joined Markus and Nocka in 1960 after graduating from Harvard University’s Graduate School of Design, after being impressed by Tom’s GSD Thesis Project on a new hospital layout and would later inspire future projects. 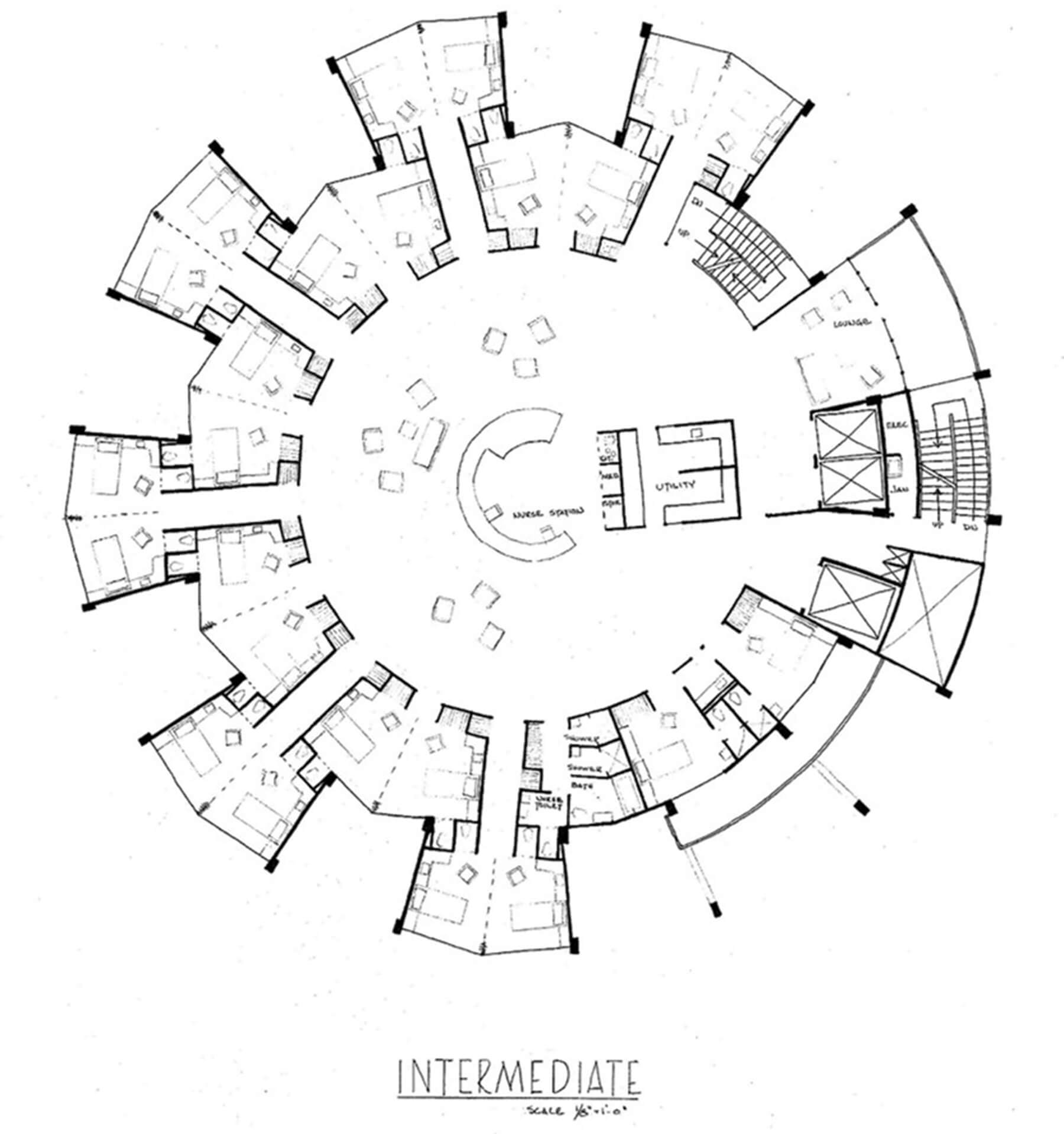 At the time, the firm consisted of about 12 people. Tom’s generation at the GSD was greatly influenced by the late-Modern design ethos of Dean Josep Lluís Sert. Tom brought this Modernist sensibility to bear on hospital design while becoming deeply immersed in the functional requirements of healthcare under the tutelage of Paul Nocka. Tom was advanced to firm President in 1965 at the age of 33, at which time the firm changed its name to Markus, Nocka and Payette. We changed it only once again, following Fred and Paul’s retirement in 1974, and we have since been known simply as Payette. 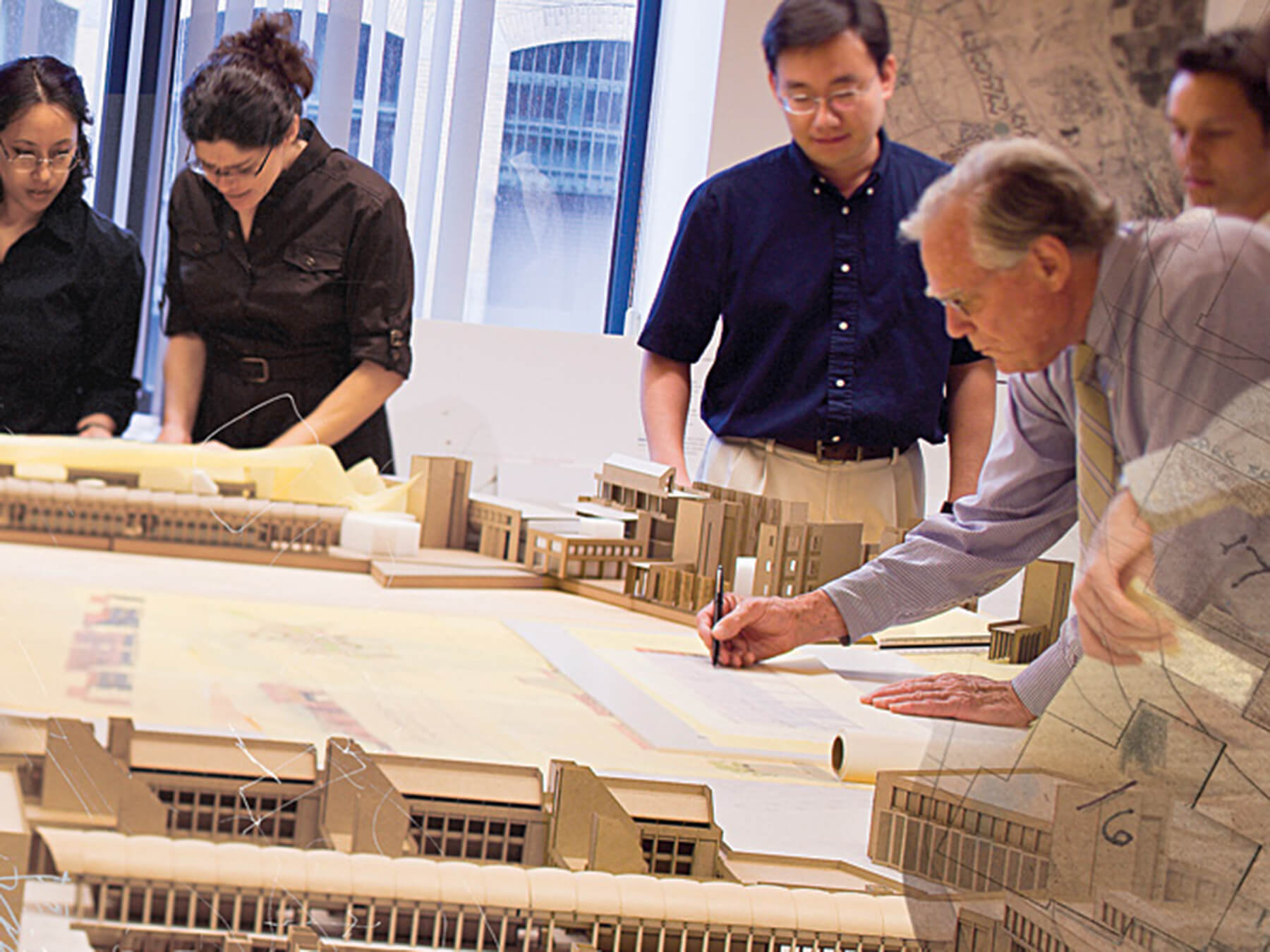 Leonard Morse Hospital, Yankee Modernism, and Growth of the Practice
Tom’s first major project, Leonard Morse Hospital, was completed in Natick, Massachusetts in 1969, a time when Modernism was emerging in New England with particular vigor. Leonard Morse exudes a design sensibility we call “Yankee Modernism,” where a frugal yet elegant aesthetic is directly tied to fulfilling basic needs—programmatically, socially and environmentally—through invention. Distinguished by a spare material palette of exposed concrete, mahogany and glass, this building was also emblematic of a movement toward hospital design that was centered on the experience of the patient, manifested by an intimate connection to the landscape, abundant use of natural light to help orient patients and visitors, and the use of color and natural wood to humanize what was often a forbidding interior environment. This focus on the patient was coupled with sensitivity to the environment through the building’s tectonic expression. Tom brought these aesthetic values to bear on the hospital environment’s programmatic and functional requirements, and his pioneering efforts led to prototypical configurations of space that advanced the state of healthcare design at the time. 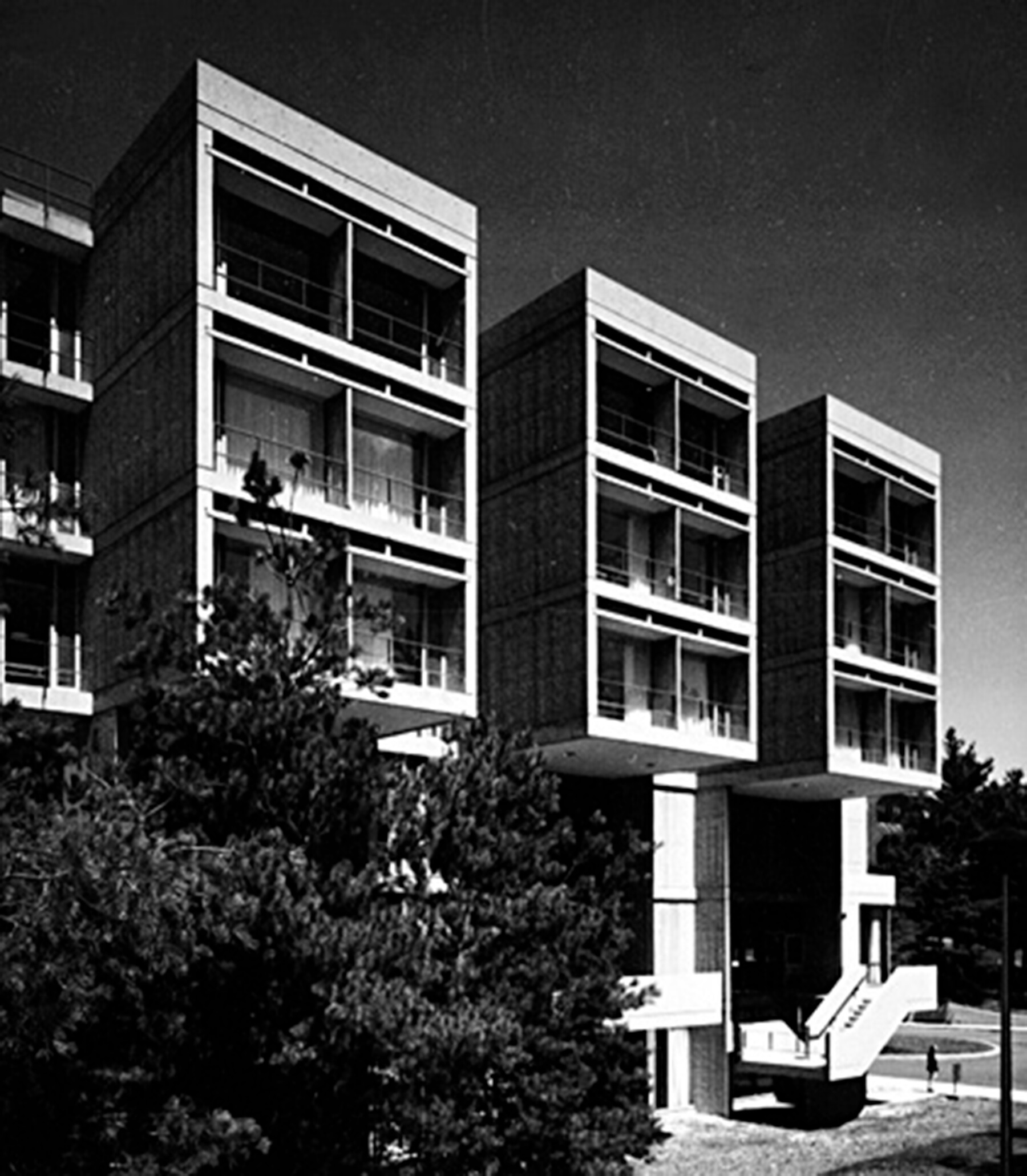 Leonard Morse was a pivotal moment in the history of our practice. The prototypical and innovative approach to the generation of its plan, and its profound effect on the quality of the clinical environment, gained national prominence that transcended the project’s small scale and set the stage for a series of community hospitals in New England during the 1970s and early 1980s. Many of these, such as Emerson Hospital and Eastern Maine Medical Center, furthered the aesthetic and spatial explorations initiated at Leonard Morse. Others, such as Jordan Hospital in Plymouth, Massachusetts, Joslin Diabetes Foundation in Boston, and Houlton Regional Hospital in Houlton, Maine, represent divergent yet complementary directions.

Tom’s focus on people, both in his design philosophy and also the importance he places in connecting with people, underscores what I believe is the heart of Tom’s career as an architect, and that is his generosity: his generosity in providing opportunities to young professionals, like me; his generosity in sharing the credit and taking pleasure in the successes of others; and his generosity in building a successful practice and then being willing to take a step back so that the firm can grow and take on a life of its own.

Tom Payette became president of the firm well before the founders retired. His early advancement gave him decades to explore new possibilities, not just maintain a legacy. He embraced this precedent, taking on younger partners to expand the practice from its then dozen employees to the 170 we number today. The pattern of multigenerational leadership Tom set in motion has shaped our collaborative, entrepreneurial culture, and it underlies the dynamic tension between expertise and innovation that has led to the rapid advancement of the practice over the last two decades.

Thank you Mark! This is a wonderful testament to the man and the core values that define us.

Thank you, Kevin – it is kind of wild seeing this post so long after my departure from the firm … gratifying to still have an imprint.

Hi Mark , it has been many years since we met.
I joined the Payette team in 1979 and was part of the design team of the original AKU campus and eventually lead the site team in Karachi for 6 and a half years. It was one of the
best times in my life. The space and opportunity that
Tom gave me at a very young age was amazing . I have
always valued his ability to inspire and our friendship .
Hope you are doing well . It would be great if there was an opportunity to collaborate with your team some time .
Best
Farouk