On Thursday, September 4, Nitsch Engineering hosted an anniversary party to celebrate 25 years of being in business. The event, which began with a community service effort and ended with a party, demonstrated the company’s emphasis on corporate citizenship and community building.

Payette was very fortunate to be part of this event. A few of our employees worked side-by-side with Nitsch employees and other guests to package over 60,000 meals in less than 3 hours! There was a great spirit of comradery during the event; the general consensus was that we didn’t want to leave for the party until all of the food was packaged up.

Nitsch partnered with the Boston Cares Hands@Work program, which was on hand to guide the process and provided much inspiration throughout the evening. They even mentioned that, as a group, we were much faster than packagers at their other corporate events. It looks like the results-oriented engineers, architects and contractors all banded together to produce the meals on a fast track schedule!

The event was held at Boston University, a Nitsch client, and included a fun celebration after the volunteer work was done. Judy Nitsch, founding Principal and Chairman, and Lisa Brothers, President and CEO, both spoke about the early days when their business opened in 1989. The presentation included visuals that detailed what was going on in the world at the time, and was even complemented by 80s music.

Congratulations to Nitsch Engineering on 25 years of success—and a great event! 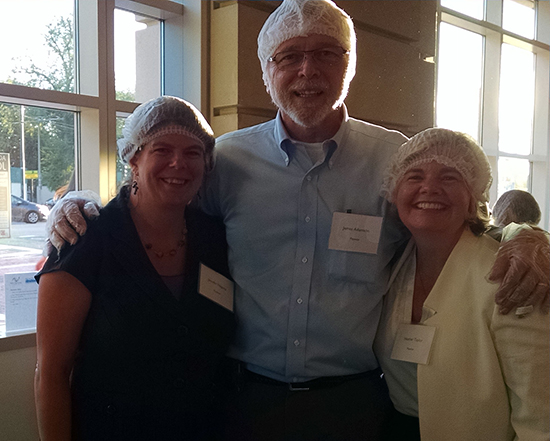 We were so thrilled that you could attend the event and help us meet our goal to give back to the community! We’ll be in touch soon with a follow-up and more photos!

Thanks for joining us and for writing this post about our anniversary party! “”Building Better Communities With You” is our tagline!

#designexcellence #DOSPayette #PayetteMLK2022 #community #communityservice #probono
@payettepeople 10 hours ago
Now over a year into construction, the @CapeCodComCol Frank and Maureen Wilkens Science and Engineering Center is a… https://t.co/6p5YuOqLUU
@payettepeople 26 Aug
RT @FastCompany: Massachusetts’ Gateway Cities were industrial hubs that declined in the mid-20th century. But a series of government-led i…
@payettepeople 26 Aug